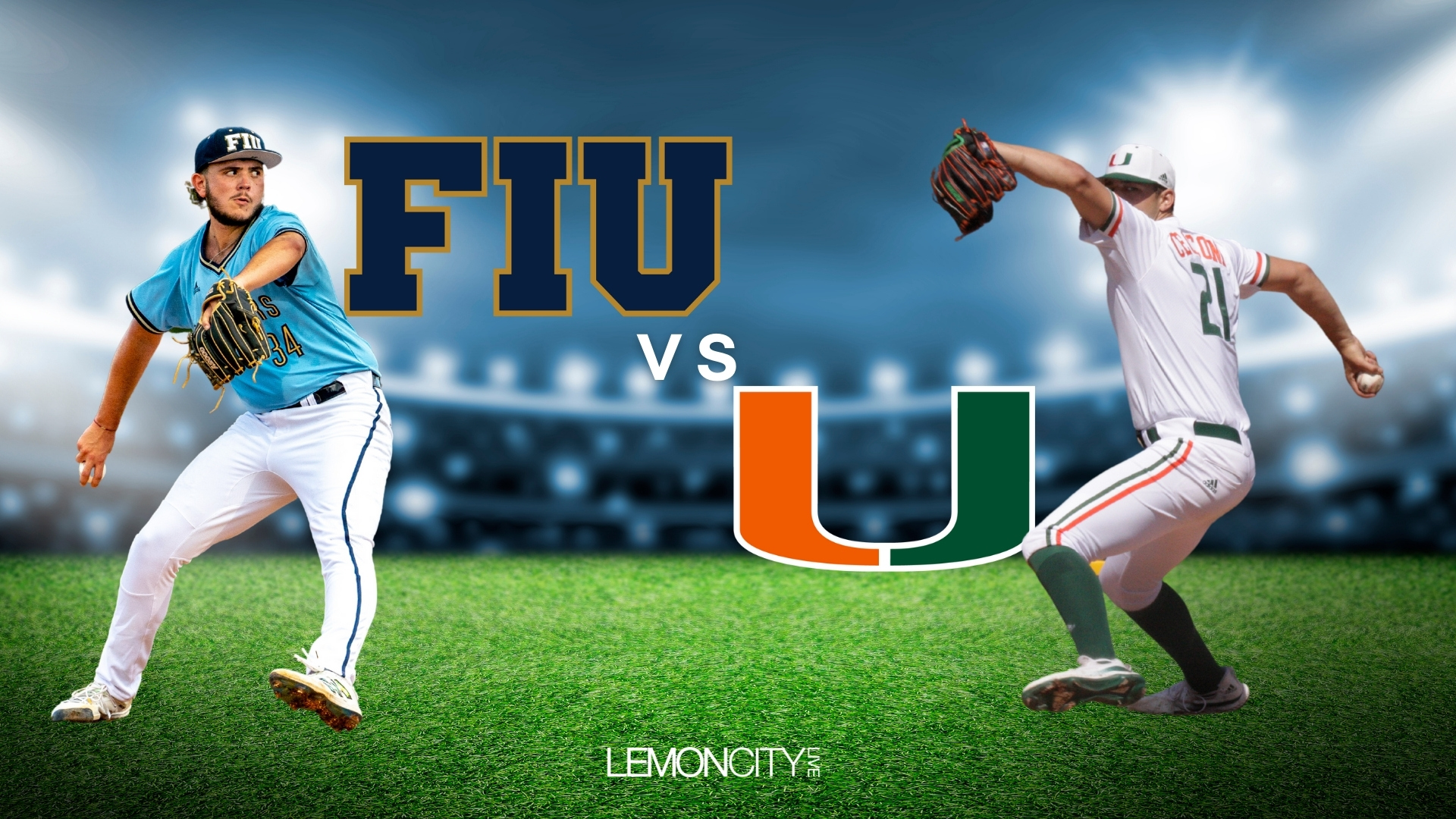 Miami, Florida – It’s time for the 2022 edition of the crosstown rivalry between the UM Hurricanes and FIU Panthers. The first bout of a home and home series. Arriving earlier compared to last year, the two teams are limping into this ball game after promising starts to the season. The collision between the two university’s respective baseball programs has been fairly competitive in recent years.

The University of Miami heads into Tuesday’s midweek game having won the last four meetings leading the overall series 9-6. However, Florida International University is no slouch. The Panthers dominated the Hurricanes in 2017 and 2018 winning an impressive five of six contests. Although the pendulum has swung firmly into The U’s favor the blue and gold have home-field advantage in the first go.

Coincidentally, it’s Miami’s first road game of the season although they don’t have to travel very far. Regardless, the clash should prove an entertaining one.

The season(s) so far

Both teams know where they stand and don’t like it. UM is coming off a demoralizing weekend losing two of three against an interstate rival. The Florida Gators exploded late to pull away with the win Saturday night before putting up a complete performance dominating the Canes from start to finish in the rubber match. Walks were a tremendous issue as the pitching staff gave out 23 free passes matching their season total heading into the series. After starting 7-1 taking care of Towson and Harvard (kinda), The U is now 8-3 looking to bounce back from their bruising stumble. They’re 1-0 in midweek games thus far crushing FAU nearly two weeks ago.

Things haven’t been good for FIU either.

The Panthers were just swept by the UCONN Huskies. FIU started off 6-0 and is now 7-6 in the midst of a five-game losing streak. Florida International busted out the brooms versus St. Thomas and Seton Hall, winning their first road trip against Bethune-Cookman in between. However, their pitching staff was also dinged up by a very potent Michigan squad followed by USF in their second-midweek matchup. The bullpen in particular has struggled mightily.

Despite a quiet series against Florida (going 3-for-9 collecting 2 RBIs and 3 walks), CJ Kayfus is on a tear for 2022 leading the team in batting average (.366), runs (14), hits (15), and OBP (.469). He’s also tied for first in OPS (1.030) making the team’s leadoff hitter an absolute stud so far. The first baseman has speed and some pop notching two stolen bases and a home run to his name. Expect a productive evening at FIU Baseball Stadium.

B1 | CJ Kayfus leads off the inning with a triple, extending his hitting streak to seven! One pitch later, Mike Rosario brings him home!

Yoyo is one of the nasty bats the Hurricanes have at the top of the order. Slashing .317/.420/.610 the Miami native has collected four doubles, a triple, and a pair of homers banging in nine RBIs on the season. Named to the 2021 ACC All-Freshman Team and awarded 2021 Freshman All-America by Collegiate Baseball, Yohandy Morales looks primed for a very successful campaign. When you think of Miami’s offense he’s likely the first guy that comes to mind. Likewise, Morales is a talented infielder with an arm and an impressive glove.

Another guy from the upper portion of the lineup. Jacob Burke is a transfer from Southeastern Louisiana. As a part of a young core, the sophomore is hitting .324, leading the team in RBIs with 13. Burke is also at the top in home runs (2) and walks (8) in the season’s small sample size. The youngster knows how to work the count making him a difficult out. Therefore, if he doesn’t go yard on Tuesday I will be very surprised.

Florida International’s second baseman started off the year red hot hitting as high as .429 but since then cooled off. Dante Girardi is now hitting .256. The second-year Panther will need to climb out of his slump now that the team is on a losing skid. Miami’s offense is potent and FIU will need all hands on deck to emerge from round one of the battle for the 305 with a much-needed W. Overall, the hope is Girardi does not repeat his freshman year stats when his average was a paltry .215. Despite the difficulty, UM serves as an excellent turnaround.

Tons of MLB bloodline on the @FIUBaseball roster:

Seeing very limited playing time in 2020 and 2021, Robert Sotolongo has proven himself worthy of being an everyday starter. Leading the team with a .342 batting average, Sotolongo is a perfect 6-for-6 when it comes to steals. The contact hitter is at the top of the list when it comes to OBP (.447) able to get on base and show off that speed. However, an area of improvement would be his strikeout rate, he’s up there with 12.

A Fig has continued where he left off in 2021 producing hits. Currently hitting .311 Adrian Figueroa has consistently been one of FIU’s mainstays at the plate recording the second-most hits (14), RBIs (10), and walks (7). Although unable to do much offensively against the Huskies, Figueroa did make several good plays at first base scoping up throws and stretching out making sure his foot stayed on the bag. The blue and gold will need him to perform against what is likely a bullpen game from Miami.

Try as they might, FIU’s pitching will not be able to hold back the Hurricanes. The visitors are looking to recover from a frustrating series versus the Gators. As such they’re the heavy favorites. The Panthers will dish out some runs but will fall short. In other words, Miami will continue its winning streak against its crosstown rival. Final score: 9-5.