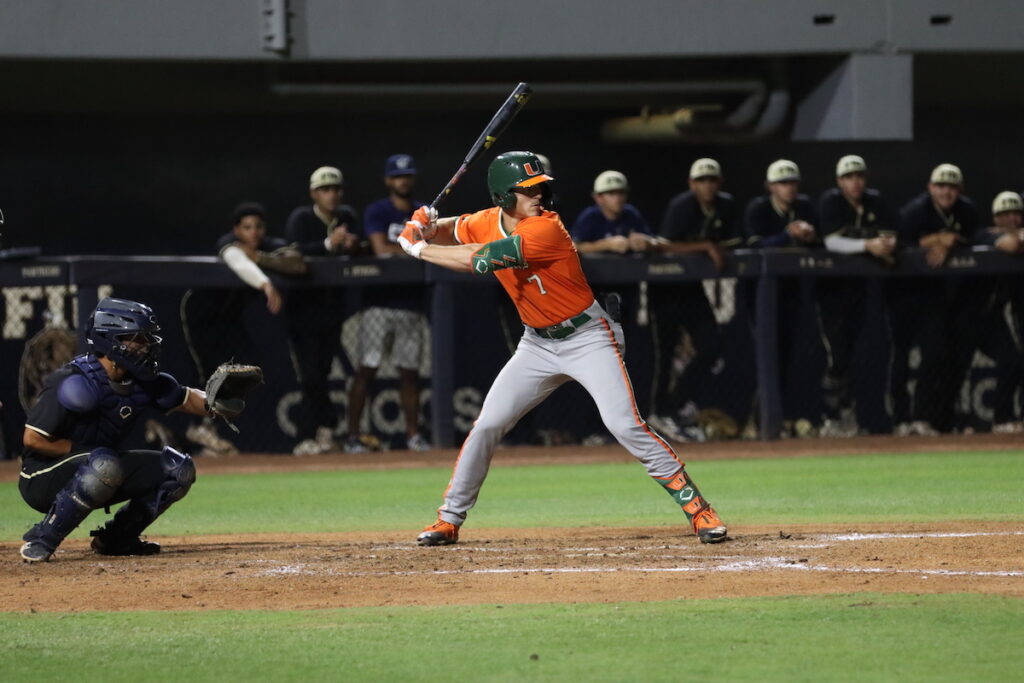 Miami, FL – The Panthers blues continue in Miami as Florida International University drops their sixth game in a row after losing last night 12-5  against their crosstown rival, the University of Miami. The Hurricanes were also struggling, losing two out of three over the weekend against the Florida Gators. F.I.U. looked to change their narrative against UM after losing the last four matchups against the Hurricanes dating back to 2018.

The Panthers went with junior right-handed pitcher, Carlos Lequerica, to put an end to that streak. At first, Lequerica was the shot in the arm F.I.U. needed to lead the team back into the win column and he brought the energy from the very first pitch. The Hurricanes were in their first road action of the season and had trouble figuring out Lequerica. He looked sharp with his command early on, striking out the side in the top of the first. Lequerica ended up striking out six out of the first seven batters he faced.

3 up, 3 down, and 3 K’s for Lequerica as he strikes out the side! @FIUBaseball up to bat next bottom of the first 0-0 @LemonCityLive #PawsUp #GoPanthers @ConferenceUSA

The Panthers’ bats followed Lequerica’s lead. Their offense was practically non-existent over the weekend against UCONN mustering only three runs in three games. FIU scored their first run of the game on Robert Sotolongo’s dribbler off the end of the bat that went off of the Hurricanes’ first baseman glove and into right field. With runners on second and third, F.I.U. added to their early lead with another run thanks to Dante Girardi’s sac fly.

Lequerica continued to shine in his start and kept the Hurricanes offense in check in his four innings of work. He was able to escape a bases-loaded, one-out jam in the top of the third. That was as close as UM was going to get to put a stain on his night.

With Lequerica’s night over, the Panthers turned it over to their bullpen in the fifth inning, and first out of the pen was left-hander David Eckaus. Eckaus was not able to record a single out in his appearance and allowed the Hurricanes to tie the game at 2-2. Coach Melendez did not hesitate to go to his bullpen again and brought in freshman Richie Pena and was able to limit the damage.

The Panthers responded with a run in the bottom half of the fifth. With runners on second and third, Sotolongo came through again with an RBI groundout. Sotolongo’s second run driven in gave the Panthers a 3-2 lead. The Hurricanes didn’t waste any time the following inning getting runners on base after a double and a walk.

With two outs, the Hurricanes took advantage of a wild pitch by Pena and scored the tying run. After that play, another lefty, Zac Lampton, was put in the game and was able to escape the jam in the sixth.

There were some control issues for both pitchers that inning. F.I.U. put together a small rally with Noel Perez leading off the inning with a walk and was followed up with Matthew Gonzalez getting hit by a pitch. Jayden Melendez executed a perfect sacrifice bunt to move the runners in scoring position with one out. The Panthers failed to get the big hit to gain the lead. Instead, they capitalized on a Hurricanes’ wild pitch and both sides were even again 4-4. The scoring would end for the Panthers that inning as the following two players would strikeout to end the rally.

Seven Was Not the Lucky Number

The first six innings of this game were as competitive as you would want between two teams looking to snap losing streaks. It was a pitcher’s duel with very little offense and many runners stranded on base for both sides. That was until the Panthers reached the seventh inning.

Things started to go downhill for the Panthers in the late innings. Freshman, Juhlien Gonzalez was tasked with holding the Panthers’ lead. In the top half of the seventh, the Hurricanes batted around their lineup to score nine runs on nine hits! Just like his teammate Eckaus, Gonzalez was not able to get a single out in the inning and was replaced by Angel Tiburcio once two runners scored.

Miami get NINE runs on nine hits in the seventh inning to blow it out of proportion here at FIU Baseball Stadium.

Tiburcio did not fair any better than Gonzalez. UM scored six runs off of him and there were still no outs. The Hurricanes’ bats came to life and the inning was highlighted by a three-run home run by UM’s catcher, Maxwell Romero Jr. The game was turning into a blowout and Orlando Hernandez came in for mop-up duties. Hernandez pitched the last three innings of the game and gave up the final run in that seventh-inning rally.

Turn the Page, Take Advantage of the Home Games

The Panthers were unable to rally back in the late innings down eight runs but did score one run in the bottom half of the eighth. Bryan Loriga smacked an RBI double to right-center field to bring in Girardi. That was all the offense for the Panthers Tuesday night.

And that’s the ballgame! @CanesBaseball takes the battle of the 305 against @FIUBaseball 12-5 in tonight’s game. UM erupted for 9 runs in the seventh and it was a bullpen merry go round for the Panthers. @LemonCityLive @ConferenceUSA #PantherPride #PawsUp

It was a sign of improvement when you compare the amount of runs they scored during their losing streak. F.I.U. can’t dwell on the rivalry loss since they will be playing at home for seven more games. The loss against UM puts their head-to-head record at 6-10. Their next series will be this weekend, starting Friday, against Jacksonville for three games. 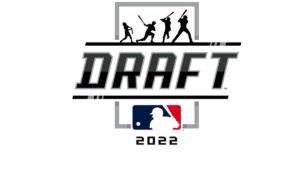