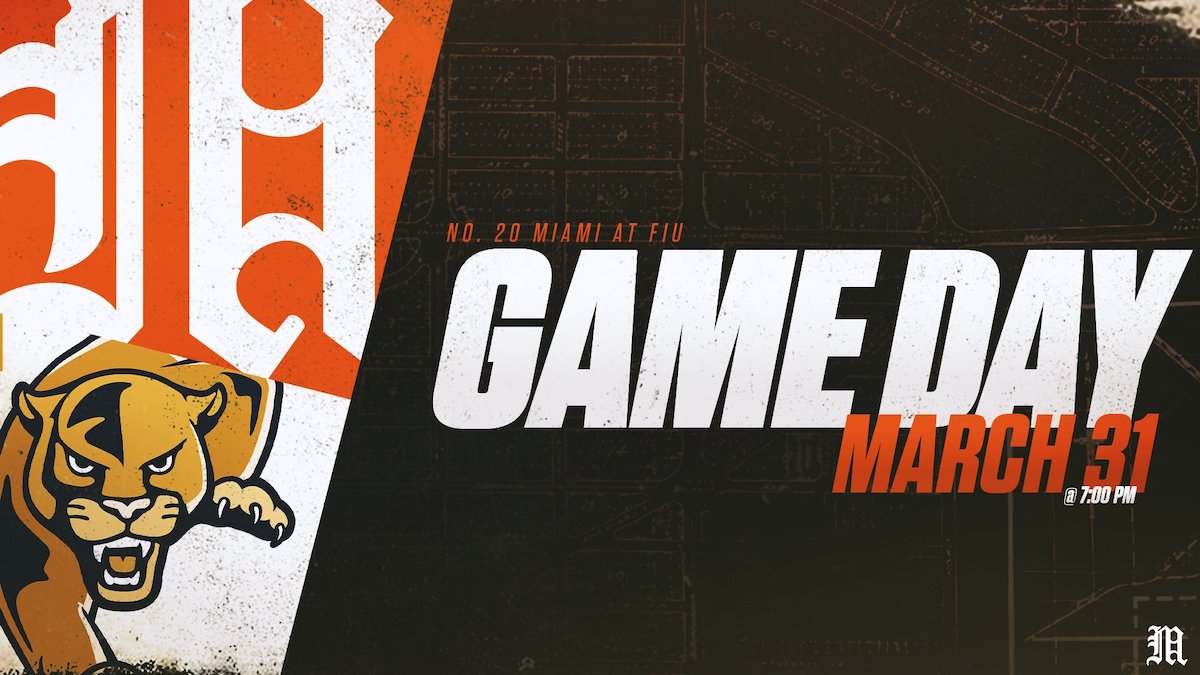 Miami, Florida – It’s the date that many have circled on their calendars. So begins the Miami Hurricanes vs FIU Panthers baseball preview, a clash of rivals. The crosstown adversaries were unable to play each other in 2020 due to the cancellation of the season but this year is a brand new slate. For a bit of a refresher, the Miami Hurricanes swept the home and away series in 2019. The FIU Panthers had won three consecutive meetings before that, dominating the Canes in 2017 and 2018 taking five of six contests in that span.

UM will look to maintain its current supremacy as it remains in the Top 25 rankings. Miami leads the overall series 7-6 so the blue and gold will be looking to even the score. The last three games have been shootouts. The most recent contest saw 28 runs, the highest-scoring encounter between the two teams. The U won 18-10.

The Season(s) So Far

At 12-8 overall, the campaign started excitingly enough for the Hurricanes. They beat the best team in the country at their house. Defeating the Florida Gators propelled them to No. 6 in the nation according to D1 Baseball. The big high was followed by a crashing down to earth after UM dropped its first home series versus Virginia Tech the following weekend. Since then the team has experienced mixed fortunes. Despite a strong start to the season, Miami was swept by in-state rival FSU sending them tumbling down the rankings. Originally picked to win the Coastal Division in the ACC Preseason Coaches Poll, the Canes are currently in fifth place at 7-7 in conference play.

One of the biggest questions for the squad heading into the season was their starting pitching. Two highly touted freshmen made up the new rotation alongside their usual closer turned Friday ace. Daniel Federman brought in a veteran presence with his former closing duties but struggled in his starts. Opposing hitters were batting .338 against him as a starter. Another player whose season has not gone according to plan is Alex Toral. In 2019, the first baseman led the ACC in home runs (24) and thus far has only gone yard twice.

FIU, meanwhile, is trying to keep pace with the top dogs of Conference USA. Sitting at 9-12 (1-3 in conference play), the Panthers are fighting for a spot in the C-USA postseason. Indiana State was their first true test of the season and they were no match getting swept by the Sycamores. FIU split the four-game series with Coastal Carolina but lost three of four against Old Dominion to start conference play.

Although the 2021 campaign has been subpar thus far, guys like Juan Teixeira and Derek Cartaya have flourished contributing at the dish and on the field. Speaking of…

Players to Watch For

Juan Teixeira – Hitting .371 Teixeira leads the team in batting average and is tied for first when it comes to his OBP (.444) sharing it with Cartaya. He’s started in 18 games and had a decent showing against Old Dominion, making his presence known in the first game of the series. The left fielder has collected nine RBIs hitting four doubles and a singular homer during his time at the top of the lineup.

Justin Farmer – Slashing .264/.329/.444 the redshirt junior is tied for the most RBIs (14) and dingers (3) on the Panthers making him a valuable piece. His overall numbers may not impress but the Tampa native has been an impact player as of late. In the Old Dominion series, Justin Farmer lifted two homers knocking in seven runs, half his totals on the year.

Adrian Figueroa – Not only does he sit atop the pile in RBIs with Farmer, but Adrian Figueroa also leads the team in hits (26) and slugging (.493). Fig laced five doubles in 2021, tying him for the most among his teammates. He doesn’t strike out often, becoming a harder out with a .347 batting average. Figueroa is currently riding a seven-game hitting streak.

Derek Cartaya – The speedster stole 20 bases in 2019 and while the stats may suggest an off-year (Stolen only five in 2021) he’s still getting on base hitting .348. Cartaya leads the squad in runs (18) and comes in second when it comes to hits (24) with an OBP of .444. Expect him to make some moves against UM.

Jordan Lala – Miami’s leadoff man tops the group in steals (6), walks (17), Runs (24), and OBP (.430). He is designated as “The Guy” the Canes turn to in helping to generate a big inning or rally. Although he’s hitting .254 the sophomore has found ways to get on base and in the great game that’s what counts. Expect Jordan Lala to test the opposing catcher come Wednesday if all goes well.

Adrian Del Castillo – Making First Team Preseason All-America in 4 major publications in addition to being on USA Baseball’s Golden Spikes Award preseason watch list, Adrian Del Castillo is one of the Hurricanes’ many threats in the lineup. Del Castillo is in a bit of a slump going hitless against Virginia but he’ll look to turn it around at FIU.

Anthony Vilar – Slashing .280/.372/.451 the second baseman is looking to heat up after a fairly quiet series in Charlottesville. Usually the number two hitter of the lineup, Anthony Vilar has flashed some power hitting four round-trippers, accumulating 14 RBIs. He’s only struck out 17 times in 82 at-bats turning him into an elusive K.

Yohandy Morales – Here comes Yoyo! Yohandy Morales roared out of the gates waving a hot bat that has since cooled. Regardless, the freshman has made major contributions to the program on offense and defense. In fact, the new guy leads UM in homers (5), RBIs (19), and slugging (.529). He is one of the best hitters if not THE best hitter on the team. Yoyo might feast on FIU.

E4 | Yoyo’s glove work helps the Canes put up their fourth straight zero. Gabe, Pitelli and Lala due up. 0-0 pic.twitter.com/V6RBNNPqHS

Neither team will be sending their very best to the mound so this has all the hallmarks of another high-scoring affair. The U has been perfect in midweek games (3-0) while the Panthers recently played their first. A 6-3 loss to Stetson. Nearly every time I make a pick, the other ends up winning. Let’s see how I do this time.

It will come down to both pitching and defense. UM has been making several errors as of late, extending innings and allowing teams the opportunity to crawl back in. If they play clean baseball, FIU has even fewer opportunities since I give the offensive edge to the Hurricanes.

So after some thinking, I believe the Canes will indeed make it three in a row.