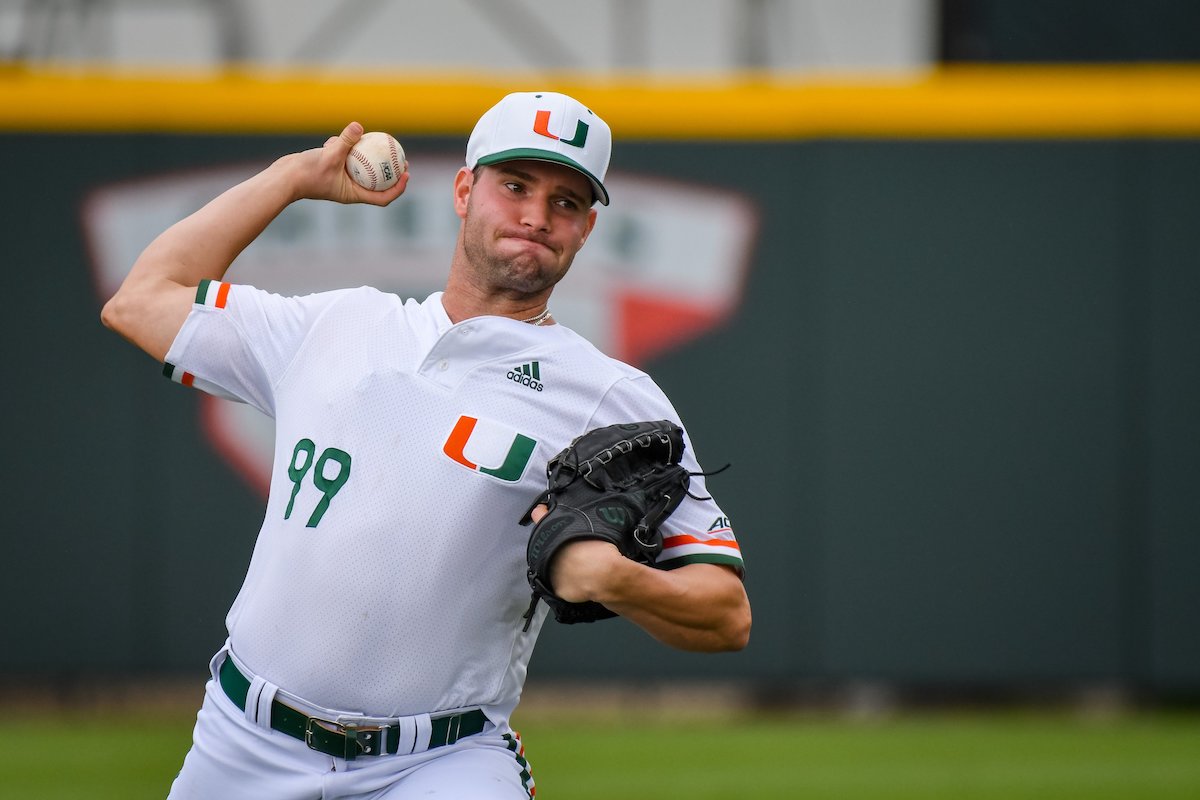 Miami, Florida – This was one ugly weekend for the Canes. The Florida State Seminoles busted out the brooms and swept Miami after shutting them out 12-0. FSU continued to score early keeping their foot on the gas. Daniel Federman actually pitched better than the other weekend starters, frequently getting ahead of the batters but he couldn’t put them away. Lasting just over three innings, Federman gave up seven runs (four earned) on eight hits including two dingers. The Noles went deep four times on Sunday. Throughout the entire series, they never trailed.

UM recorded three hits at the plate this afternoon. Among those going hitless were Jordan Lala and Yohandy Morales. Both failed to record a hit in all three contests against FSU. In fact, if you zoom out and include the top four of the starting lineup, they combined for a .146 batting average (6-for-41).

It was an absolutely abysmal series for Miami. Outscored 34-2, the offense hit .139 collectively as a team. The defense was also a hot mess, committing eight errors to punctuate the stumble.  Not even coach Gino DiMare had an answer for what just happened in the post-game presser. Nobody could’ve predicted the outcome of these three games.

Both Robby Martin and Logan Lacey had great performances this weekend, hitting back-to-back solo homers Sunday to keep up the pressure on Miami’s pitching. FSU stayed aggressive scoring most of their runs in the first four frames. In the opening inning, Martin hit an RBI single to right-center, bringing home Lacey for the first run. In the third, Martin and Lacey took Federman deep to extend the lead.

Things really came apart for the U in the fourth when Florida State exploded for seven runs, capped off by a three-run blast by Matheu Nelson. It’s been a running theme this weekend for the Seminoles, attacking early and jumping all over the pitchers. A wild pitch and then a throwing error by catcher Adrian Del Castillo to third base resulted in another FSU run. After hitting Jackson Greene and then walking Tyler Martin to load the bases, coach DiMare had seen enough, yanking Federman. Jake Smith pitched in relief but was unable to stop the bleeding. Lacey found a hole in left field and all runners advanced to make it 5-0 Noles. Robby Martin followed close behind with a single up the middle driving in two more.

Nelson lifted one over the wall to really put the game out of reach. The visitors would plate one in the fifth and another in the seventh torching UM.

Everybody knows spring cleaning starts with a good sweep 🧹🧹🧹

Miami scores no runs on three hits committing one error

No way anyone is getting this, at least on the Hurricanes anyways. They stunk this weekend.

Plenty of blame to go around but if I had to pick ONE guy it would be Yohandy Morales. Yoyo pulled a Houdini against FSU, disappearing at the plate.