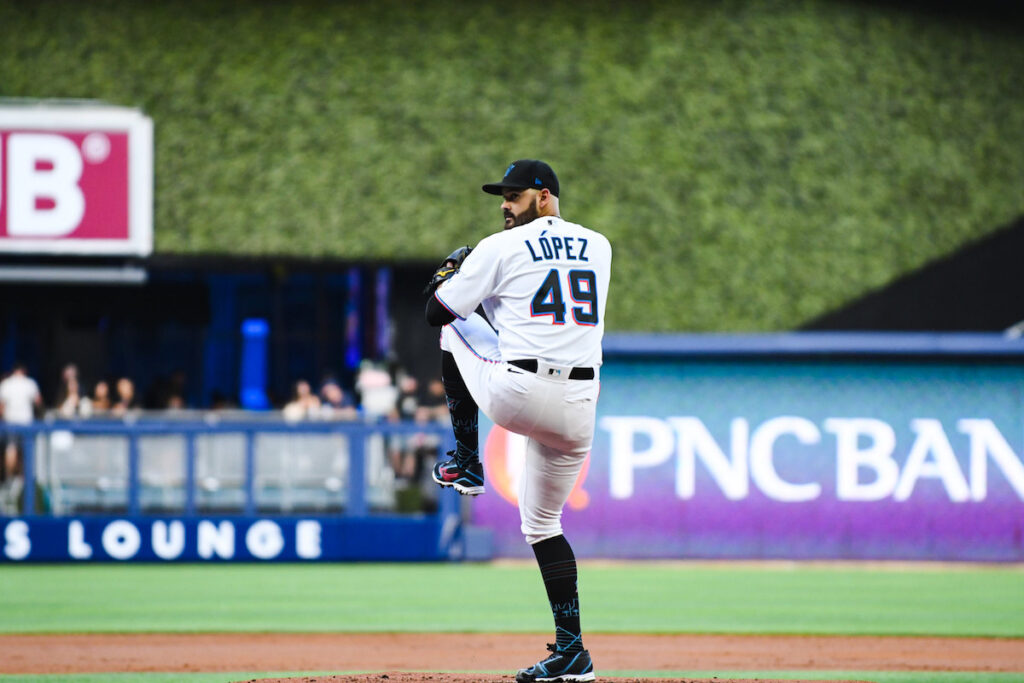 Miami, FL – After winning a thrilling game the night before, the Miami Marlins (30-36)  were back out against the Colorado Rockies for game two of a three-game series. It was Pablo Lopez‘s turn in the rotation to pitch and Miami was looking for a deep performance after Daniel Castano did not make it out of the fourth inning last night. Miami also played with the roof open at loanDepot Park which made it only the second time this season.

The last couple of outings have been rough for Lopez. He had his worst start of the season last week against the New York Mets when he allowed six runs in 5 1/3 innings pitched. He has not won a decision since May 7th and Colorado looked to keep it that way to start the game.

In the first inning, Yonathan Daza greeted Lopez with a leadoff double. Brendan Rodgers followed that with a strike out but Daza advanced to third on a throwing error by Lopez trying to pick him off. Charlie Blackmon gave the Rockies an early 1-0 lead with a sacrifice fly to center field.

Lopez issued a walk to CJ Cron but struck out Ryan McMahon to avoid further damage. The first inning has been giving Lopez issues recently and his control was troubling him early on. In the second and third inning, he walked the leadoff man but was able to work around the jam each time. Lopez had three walks in the first three innings of the game which is very unlike him.

Miami’s starter would find his rhythm from that point on and kept Colorado off the scoreboard for good. He did not issue a single walk and only surrendered three hits in the final four innings of his start.

Dropping in to remind everybody that Pablo López's changeup is disgusting 🤮 pic.twitter.com/bMmttx8mfT

Pablo also worked around a leadoff triple in the sixth and his pitch count was nearing 100 pitches at the end of the inning. Manager, Don Mattingly, sent his second ace back out there for the seventh inning. Lopez gave up a one-out single to Jose Iglesias but by that point, he had a 4-1 lead and was in a groove. Lopez retired the next two batters and completed seven innings for the sixth time this season.

— Fewest runs allowed since facing Rockies on May 30
— 6th quality start of season (out of 14 starts)
— Near even split between 4-seamer, changeup#Marlins pic.twitter.com/v47isRB62o

Get This Man to the ASG!

The Marlins were trailing against Colorado 1-0 for the first couple of innings. The offense finally woke up against Colorado’s starter, Chad Kuhl, in the third inning thanks to their captain, Miguel Rojas. The veteran shortstop led off the inning with a single and then stole second base with one out. The lineup flipped over and Jon Berti was up to bat. Berti came through with a clutch RBI in the previous game to give the Marlins a lead and he tied tonight’s game with a triple to right-center field.

Give Jon Berti some respect!

He triples to drive in the tying run, then scored on an RBI single by Jazz to give the Marlins the lead ⚫️🔵 pic.twitter.com/yfxIvUP68R

Jazz Chisholm Jr. did not play in the series opener last night. Mattingly wanted to give him a breather due to the added workload with all the injuries. The day off seemed to help the 24-year-old as he followed Berti’s triple with an RBI single to right field. The Marlins had a 2-1 lead thanks to smart baserunning and speed at the top of the lineup.

After Jorge Soler grounded out, Garrett Cooper stepped up to hit. Cooper is making a strong case to be the DH for the National League at this year’s All-Star Game. He is finally playing healthy and has benefited from the new DH rule in the NL. Entering tonight’s game, Cooper is hitting .310 with four home runs and 30 RBIs. He continued his stellar 2022 season by launching a two-run home run to straightaway center field to give Miami a 4-1 lead.

Pablo Lopez continued to roll in his outing and finished after seven strong innings and a 4-1 lead. Miami’s offense was kept in check after their four-run third inning until the seventh. Left-hander Austin Gomber was in his second inning of relief after Kuhl pitched five innings.

Miami was able to start another rally at the top of the lineup after Berti drew a leadoff walk. Hitting against left-handed pitchers has been a challenge for Chisholm Jr. this season but Mattingly kept him in there to face Gomber. On a 0-1 count, Jazz blasted a hanging slider to the upper deck in right field to give Miami a 6-1 lead.

The Marlins did not stop there against Gomber. Soler was hitless up to that point of the game but was in a favorable matchup against the southpaw. Soler got ahead in the count and on a 2-0 fastball, he homered to right-center field and Miami was up 7-1. The Marlins have hit back-to-back home runs in back-to-back games. Avisail Garcia and Jesus Sanchez did it in the series opener.

Steven Okert pitched a clean 8th inning and the Marlins handed the 9th to Louis Head with a 7-1 lead. McMahon flew out to start the frame but Randal Grichuk was then hit by a pitch. Sean Bouchard drew a walk and Colorado had runners on first and second with their catcher, Elias Diaz up to hit.

With one swing of the bat, Diaz cut Miami’s lead in half with a three-run home run to left field. Colorado was now trailing 7-4 and this forced Mattingly’s hand to have their closer, Tanner Scott, start warming up.

This may get interesting!

Head was able to calm things down and Scott was not needed to clean up the inning. Garrett Hampson flew out to Jesus Aguilar and Head struck out Daza to end the game and Colorado’s late rally. The Marlins have taken the first two games and won the series against the Rockies. Miami looks to make it a series sweep tomorrow with lefty Braxton Garrett on the mound. He will be going up against Colorado’s southpaw, Kyle Freeland. The first pitch is scheduled for 12:10 pm. 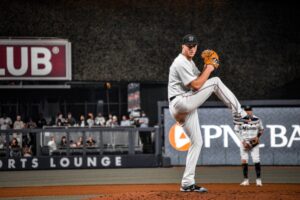