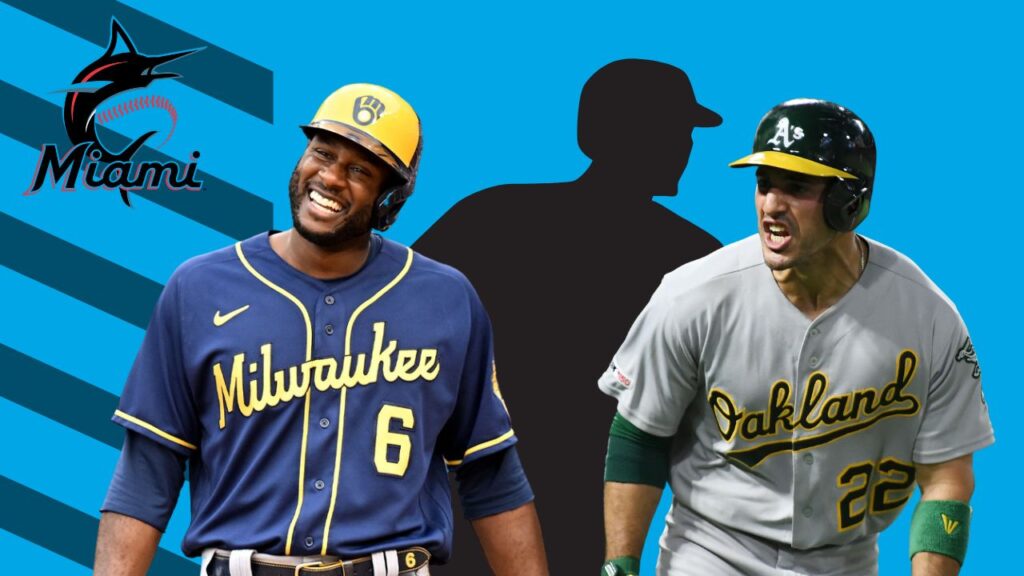 The Miami Marlins are 65 games (29-36) into the 2022 season and are 8 1/2 games out of the final wild-card spot. The National League has been extremely competitive and it has not been easy for Miami in the NL East. The New York Mets are running away with the division. They continue to dominate and have just taken three out of four games from the Marlins. The Atlanta Braves continue to roll in June after a slow start and show signs of their 2021 World Series form.

Miami has some holes in their roster that need to be addressed at the trade deadline if they want to remain in the wild card hunt. One of these problems is their defense in the outfield, specifically centerfield. Centerfield was a glaring question mark in Spring Training and Jesus Sanchez was the answer for that. He has done an admirable job in his new position but I think a corner outfield spot suits the 24-year-old better in the long run.

The strategy of not having a true big league center fielder is backfiring for the Marlins https://t.co/ntJIlVuUUS

Miami has recently been associated in trade rumors with the Oakland Athletics and their centerfielder, Ramon Laureano. I agree that he would be a huge lift on defense patrolling cavernous loanDepot Park. Oakland will probably ask for a decent return in a trade. Oakland is rebuilding and definitely has an interest in one of Miami’s prospects. The Marlins might have to give up a prospect who is MLB-ready since Laureano is under team control for two more years after this season.

Laureano came back in May from an 80-game PED suspension. Maybe a change in scenery might do the veteran some good. He has been getting more playing time in right field since returning, but he would be in his natural position if he was traded to Miami. At 27 years old, Laureano is still in his prime and can be a long-term option for Miami.

Listen wherever you get your pods: https://t.co/f4MjhX9ipt

He also holds his own at the plate and has a career .260 batting average. Although he would be another right-handed outfielder, Laureano can help Miami’s lack of production against left-handed pitchers. Laureano has a career .289 batting average against southpaws and his speed would pair well with Jazz Chisholm Jr. at the top of the lineup. A trade like that will most likely lead to Miami reshuffling their roster a bit to make room.

With veterans like Avisail Garcia and Jorge Soler on the roster, it’s hard to move them at the moment based on their poor production and large contracts. Bryan De La Cruz is Miami’s current fourth outfielder but is currently starting with Sanchez on the 15-day IL. If Miami traded for Laureano and Sanchez comes back from injury, DLC seems like the odd man out.

Putting this Ramon Laureano double on the timeline for no reason. pic.twitter.com/gmBpvSuJYx

Anything Left for Cain?

Lorenzo Cain is an interesting name that flew on my radar after the Milwaukee Brewers designated him for assignment. The two-time All-Star recently reached 10 years of MLB service and is in the final year of his five-year, $80 million deal he signed with the Brewers.

Lorenzo Cain showed up to his first baseball practice in 10th grade wearing a collared shirt, jean shorts and basketball shoes. Then he played 10 years in the Majors, made two All-Star Games, won a Gold Glove and a World Series.

Today, he was DFA’d by the Brewers. pic.twitter.com/HOe5EJuXEc

Signing Cain for the rest of the season can be a different approach Miami could take. Cain is 36 years old and is rounding off a solid MLB career. He has been slumping this year in Milwaukee hitting just .179 over 156 plate appearances after hitting .257 in 2021. Cain can provide the short-term solution in centerfield defensively but does not move the needle when it comes to earning a wild card spot. Due to his age and questionable production recently, he will be more suited coming off the bench or in spot starts.

Although I see Cain being a good fit for Miami defensively and a great locker room presence, the Marlins already have three right-handed hitting outfielders: Soler, Garcia and De La Cruz. It provides a similar problem for the batting lineup like the Laureano trade. As poor as those three have played this season, they have still produced better numbers offensively compared to Cain.

One of my favorite Lorenzo Cain moments ❤️ pic.twitter.com/qwJrpk1FmX

I see other MLB teams with winning records going after Cain. He can be a valuable piece off the bench for playoff teams as a fourth outfielder. He can also come in late in the game to pinch run or as a defensive replacement. That seems like a more ideal landing spot for Cain instead of playing for a team that seems to be stuck in the middle of the road at the moment.

Lorenzo Cain is my all-time favorite Royal. The speed, the power, the glove, he could do it all. His peak was as good as anyone else I’ve ever seen in a Royals uniform. What a career. https://t.co/5S0QY09YjV

Depending on how Miami plays from now until the August 2nd trade deadline will determine their activity. As of now, it is not clear what direction Miami will go after an underwhelming start to 2022. They have played enough games to see what type of team is on the field.

Acquiring a veteran like Cain might look nice on paper, but that might get in the way of the playing time for younger players.  Miami recently called up prospects Jerar Encarnacion and Lewin Diaz when Jesus Aguilar and Sanchez were moved to the IL. If Miami is going to rebuild, then it makes no sense to trade prospects away, just let the kids play.

Laureano can be a tremendous pickup, but Miami needs to start rolling. If Miami continues to hover around the bottom of the standings, then it will probably be another year as sellers. Maybe acquiring Laureano before the deadline is what the Marlins need to rise in the NL East.  One thing that’s for sure, he will bring lots of “passion” to Miami.

This might be why Ramón Laureano was ejected. I'm no professional lip reader, but looks like more of a motivational speech: "Let's f***ing go, mother****ers! Wake the f*** up!" https://t.co/EZfRe8HGTq