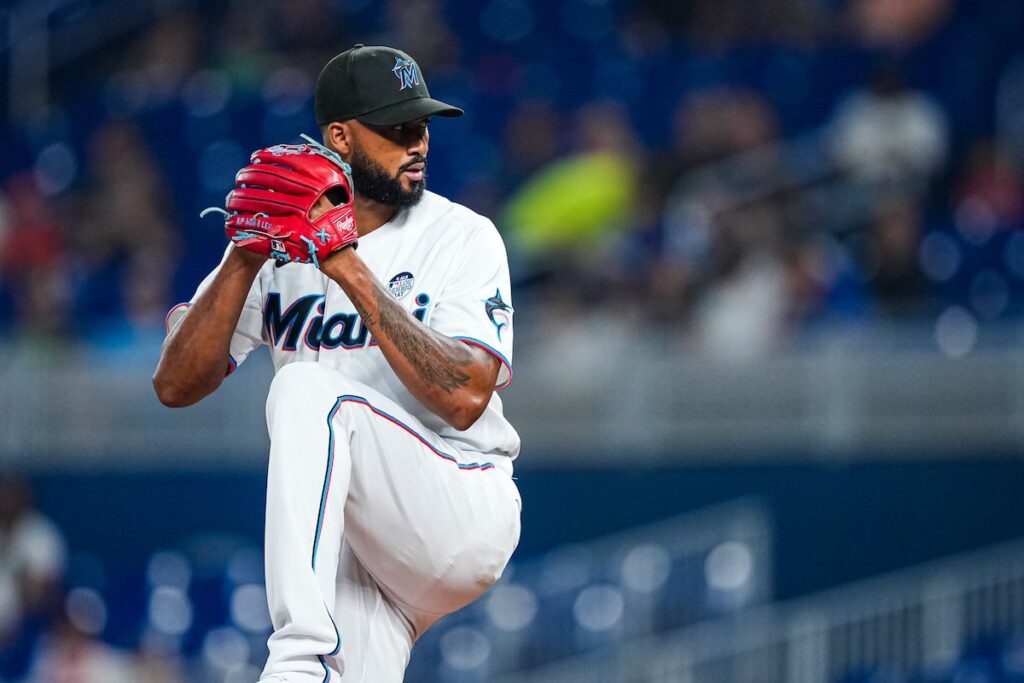 Miami, FL – The Miami Marlins would like to forget the month of May after going 7-19. Miami kicked off June with a double header yesterday against the Colorado Rockies. After putting up 26 runs in the two games combined, the Marlins were not able to win both and settled for a split.

Miami returned to loanDepot Park for seven games starting with a four-game series against the San Francisco Giants. Sandy Alcantara was on the mound for the Fish in game one and he has been looking like an early candidate for the Cy Young Award. Going into the game against the Giants, Alcantara was 5-2 with a solid 2.00 earned run average.

Minutes away from first pitch! @Marlins 20-28 are kicking off a four game series against the @SFGiants 27-22. Sandy Alcantara will be on the mound for the Fish. Let’s hope Miami has enough runs left in the tank after scoring 26 yesterday @LemonCityLive @firstpitch305 #MakeItMiami pic.twitter.com/7zSd0uCfmx

That was the closest the Giants will get to scoring off of Alcantara because he dominated from that point on. After the first inning, Sandy only gave up two hits and walked one. Sandy was also able to limit his pitch count with quicker innings and throwing more strikes. In his previous start, Sandy struck out 14 hitters. He followed up that performance by racking up 8 strikeouts against the Giants. His sixth strikeout of the night was also the 500th of his career.

Alcantara was pitching a masterpiece after six innings, but his pitch count had already reached 104. Miami had a doubleheader the day before and used a lot of arms which factored into why Sandy continued. Manager Don Mattingly had all the faith in his ace to go out for the seventh. It only took Sandy seven pitches to get through the inning and now leads MLB in innings pitched. His improvement this season can be thanked to his preparation and incredible work ethic. Alcantara’s final line was seven shutout innings pitched, eight strikeouts, two walks and 111 pitches.

"The way he prepares is special."

Don Mattingly speaks about why Sandy Alcantara continues to dominate deep into games and how unique it is to have an ace like him after the 3-0 win over the Giants@Marlins | #MakeItMiami pic.twitter.com/T7KIbXc7UN

Miami’s offense erupted in their previous series against Colorado but playing at loanDepot Park is more of a pitcher-friendly ballpark. Miami has been supporting their ace in his recent starts and had won the previous four games he started. Against Alex Wood, the Marlins were able to crack the scoreboard early in the second inning with a small rally.

Avisail Garcia led off the inning with an infield single and Miguel Rojas followed with a walk. Jacob Stallings came up to bat with runners on first and second with one out and singled to left field. Garcia scored the first run of the game for Miami, but Wood would keep the Marlins’ lineup in check after that.

Sandy was cruising with a 1-0 lead but the Marlins offense was able to take some pressure off him in the bottom of the sixth inning. With one out in the inning, Jorge Soler singled to left-center field and Jesus Aguilar followed that with a double down the left-field line.

Jesús Aguilar delivers an RBI double to make it 2-0 Miami!!!

Miami was not done yet in the inning. Their captain, Rojas, added to Miami’s lead with a base hit up the middle to bring in Aguilar with two outs. Rojas also flashed the leather a couple of times in the game to help preserve Sandy’s shutout. In the top half of the sixth, Rojas made a diving play that prevented the potential tying run from reaching base.

Rojas would again help Alcantara get through his start in the seventh with a running catch in shallow centerfield. Those are the moments where team leaders should step up and Rojas delivered. Rojas made sure that the Marlins started June on the right foot and not let their performance in May get to them.

Miguel Rojas speaking to the media after the 3-0 win over the Giants and talks about the team bouncing back and turning the page on a rough month of May. @Marlins @LemonCityLive #MakeItMiami @firstpitch305 pic.twitter.com/wUqRwpw0y4

Who is the closer for the Miami Marlins? That has been the biggest need for the team and the biggest question mark left unanswered. Miami has used different relievers in that role like Anthony Bender and Cole Sulser, but that hasn’t turned into positive results.

The Marlins were up 3-0 going into the ninth and Mattingly went with lefty Tanner Scott to get the final three outs. Scott was not used in the double header so he was one of the few fresh arms available in Miami’s bullpen. Scott also had a favorable matchup entering the ninth with two of the first three hitters batting left-handed. His control was not an issue and he retired the Giants in order to take game one.

Behind another stellar performance from Sandy Alcantara, the Marlins take Game 1 against the Giants 3-0!

Sandy moves to 6-2 and leads the NL in ERA, MLB in IP, and is tied for most W's in MLB 🔥@Marlins | #MakeItMiami pic.twitter.com/WdYVnRMpBn

Up next, the Marlins will continue their series against San Francisco with Elieser Hernandez on the mound for Miami. He will be matched up against Alex Cobb. Just like Hernandez, Cobb is having a rough start to 2022 with his ERA ballooning over 5.70. Let’s see if Miami’s offense takes advantage of that and put up more than three runs in that game. First pitch is at 6:40.