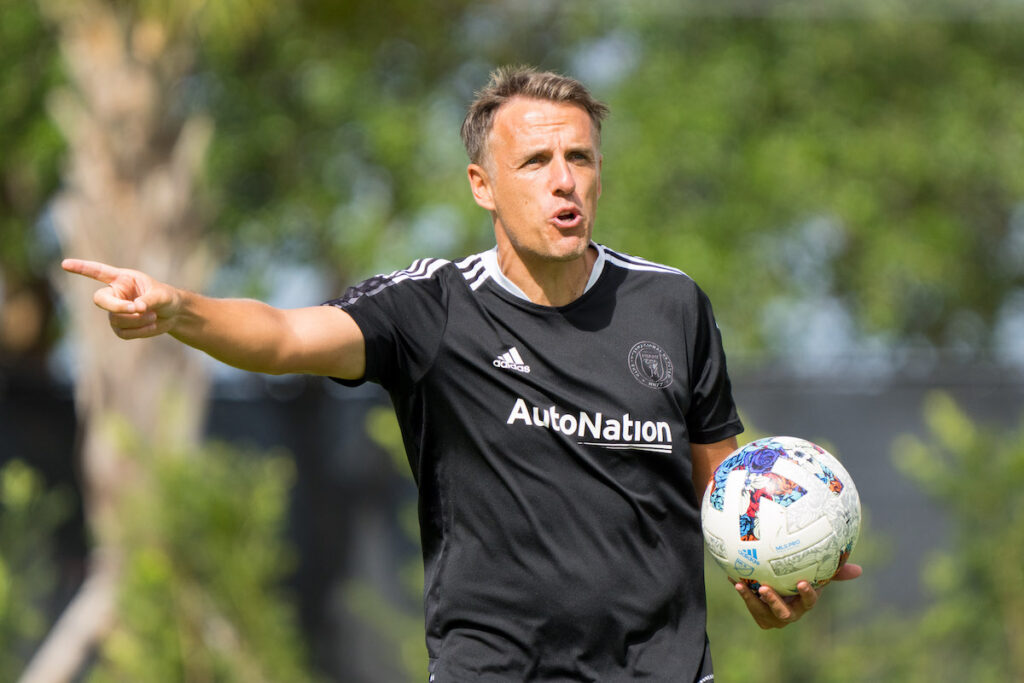 Fort Lauderdale, FL – The Herons come off an exciting win against the New England Revolution and look to continue building momentum with a positive result Saturday night on the road against the Seattle Sounders. It will be the first-ever meeting between the clubs. The team enters the game with a 1-4-1 record and 4 points while the Sounders come in with a 2-2-1 record and 7 points on the campaign.

During Tuesday’s press conference coach Neville provided an update on the player’s status for Saturday night’s game. Midfielder George Acosta had his right knee scoped and is expected to return in 6-8 weeks. Winger Edinson Azcona is day-to-day after suffering an aggressive tackle in the IMCF II match against Orlando City B. Forward Gonzalo Higuain is day-to-day, but when asked about Higuain Neville stated, “ I think he will be involved, yes, I think he will be involved.” Reading between the lines here, it seems Gonzalo will be available but probably not as a starter. Ryan Sailor, Kieran Gibbs, and Victor Ulloa are all back training with the team.

Another day at the office 📍 pic.twitter.com/8NteriRN7k

Coach Neville also talked about the mood surrounding the team, and about what’s coming up next for the Herons. He said,” Miles better feeling and energy around the place…the next ten days are massively important for us, three games we have next week, first time this season.”

Neville alluded to how important effort and intensity are in the MLS to get results, “ You can’t carry players in any league in the world, you can’t carry players, especially in this league.” It’s apparent that these comments are meant to let all his players know that lack of effort or intensity will not be tolerated by the coach. This flex on Phil’s part is welcomed. Towards the end of the press conference, the coach mentioned that “ The best team plays, the best player’s play,” in reference to the possible lineup for the match against the Sounders.

Hats off to Campana 🎩🎩🎩 pic.twitter.com/ss88IIZsTR

Seattle typically lines up in a 3-5-2 formation with the strength of the team being a very talented midfield. It would not be surprising for the Herons to counter with their own 3-5-2 formation. The question is who plays now that Miami is close to full strength and full availability of its roster.

I believe that if the Herons bring a point home from Seattle it would be a positive result, with a win being fantastic. The Herons have the weapons and momentum where either result is possible. The only result they cannot bring home is a blowout loss.