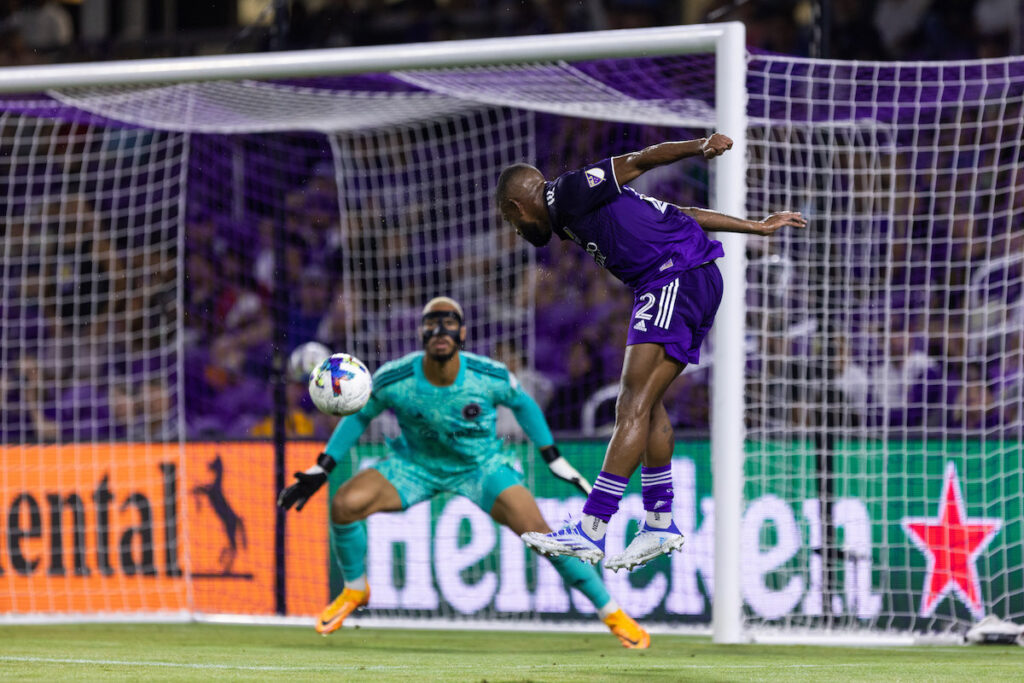 Orlando, FL – The people have spoken, and the Orlando City SC vs Inter Miami CF Derby will now be known (begrudgingly) as El SunPassico. Now, what good would a derby, or a SunPassico be without a little drama? The anticipation built up by way of a two-hour+ rain delay, which only postponed what many felt brewing in the past few weeks, a Lion victory!

Orlando City, failing to capture all three points in three straight matches weren’t about it to let a fourth slip away. Meanwhile, Inter Miami, who’ve been showing much better form than earlier in the season, fresh off the trade for the 2020 MLS MVP, Alejandro Pozuelo (not available tonight), entered this match with confidence. The Lions, however, found a way to get it done, keeping Florida purple. The last time they met, it was in the US Open Cup and both entered extra time scoreless. Orlando won in a penalty shootout. History would repeat itself. Orlando won their 2nd straight match against the Herons of South Florida, 1-0, but it wasn’t an easy feat, maybe not even deserved one either.

Campana puts the ball right in front of the goal, but Gallese 🦑 prevents the tap in. @OrlandoCitySC & @InterMiamiCF still knotted up (0) with a little under 2’ remaining in the half. #ORLvMIA

AFTER THE RAIN DELAY

The Lions didn’t dominate in any aspect of the match. Miami started the match creating more opportunities but somehow couldn’t find the back of the net. Orlando knocked on the door, looking for Miami goalkeeper, Drake Callender, but Damion Lowe kept denying the Lions entry, like a Miami club bouncer. I guess they weren’t wearing appropriate shoes… Lowe was all over the place. No ball reached Miami’s penalty area without Lowe getting involved. That would eventually become Miami’s downfall. All Orlando had to do was keep pushing for the win and not settle into a defensive strategy to earn a draw.

Miami had all the momentum heading into the 2nd half, but Orlando made the adjustments. Miami dominated possession, created shots, and overall aggressiveness in the 1st half. However, Orlando leveled the playing field in the 2nd. They seemed to draw out Lowe from his defensive position. He even almost scored a header off a corner on the other side. Nevertheless, The Lions out-possessed the Herons and created great opportunities. In the 57th minute, Orlando nearly squeezed one past Callender, right after having just crossed the ball into the middle of the 18, forcing Callender to react, but he was just able to dive in front of it.

At that point, it seemed like both teams were frustrated. Substitutions were made to see which team could provide a spark. A quarter after midnight, Jake Mulraney, subbed in at 70′ and provided that spark, sort of. Kyle Smith passed the ball down the wing to Mulraney, who centered it into the 18. No Lions around. Callender made the dive for the sure save, but Lowe, not so sure-footed this time around, in an attempt to clear the ball instead caused an own goal.

Lions fans waited over four hours for that celebration. Well worth the wait to make sure “Florida is still purple”.