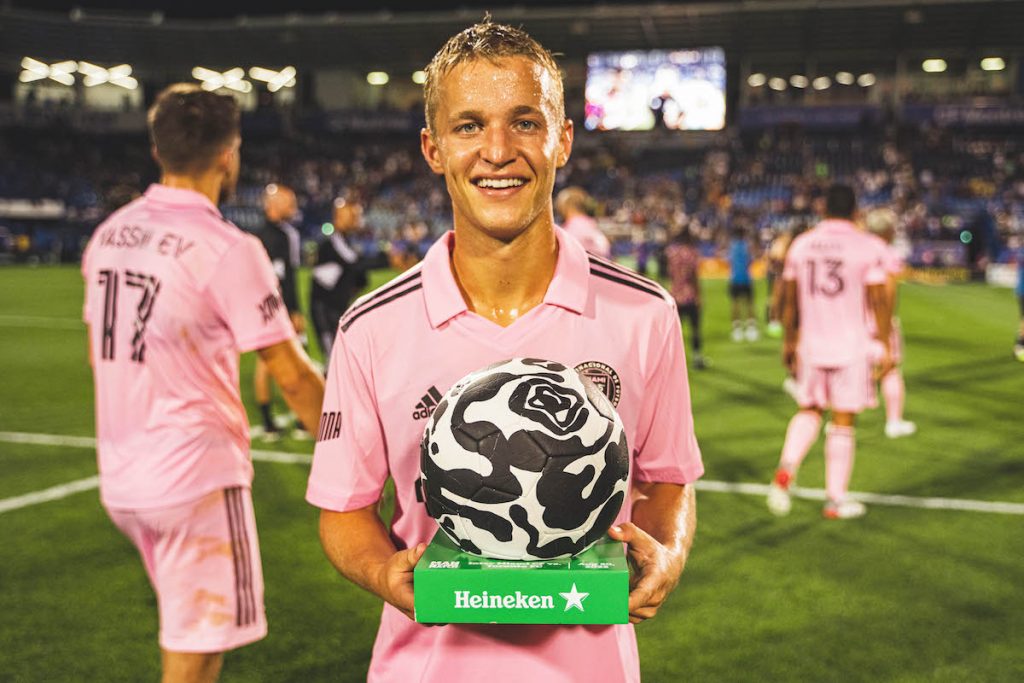 I got a chance to sit down with Inter Miami CF‘s talented young midfielder, Bryce Duke, and chat for a bit. We talked about a variety of things, among them his expectations for the team and himself for the remainder of the season. The importance of family and fan interaction were among the talking points.

Duke, like his teammates, expects the team to make the playoffs this season, and once in, he believes anything can happen, maybe even win a championship.

“Yeah, I mean we’re probably one of the top three teams who [have] the best home record, ..and anything can happen.”

Alone, in a different environment, and on a new team Bryce finds unconditional support from his family despite the distance. Bryce understands that pro sports can be harsh at times, and family provides a sanctuary where an athlete can recharge with positive energy,

“Family goes a long way in any sport.”

In a very sincere way, Bryce Duke expressed how some fans sometimes overlook the fact that players are human beings that have feelings too.

“It’s hard because sometimes, I don’t want to say fans forget us players are humans as well and we have feelings. It’s not like we want to play bad or we want to not score a wide-open goal. But sometimes it hits you kind of hard when you have a bad performance and go on social media, and all these people are bashing you.”

The rising star came off as a humble person, who is looking for continued growth as a player and as a man. I’ve touted his ability all season, and I think the best of Bryce Duke is yet to come.

Thanks again to Bryce for taking the time to talk with me. Learn a little more about Bryce Duke the player and the person and listen to my full interview with him at the link below.