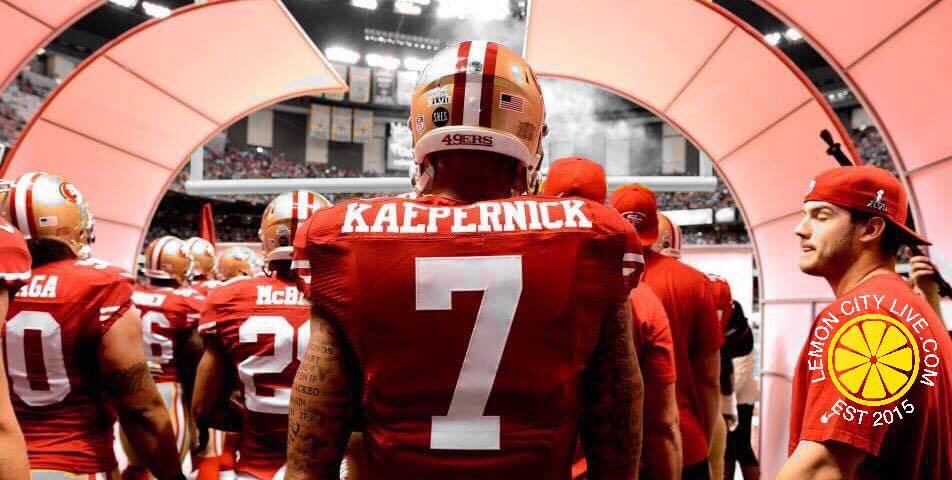 The San Francisco 49ers have a new quarterback controversy, although, this time, it’s an issue off the field, or, more precisely, on the sidelines. For those who may not know, Colin Kaepernick was seen sitting down during the national anthem in the preseason game against the Green Bay Packers at Levi’s Stadium and, while at the time this was largely ignored, eventually it was pointed out drawing the opinions of many. This isn’t the first time he has refused to stand for the national anthem either. When asked, the quarterback stated his refusal to stand is because he does not want to show pride for a country that oppresses black people and minorities. Kaepernick feels that it’s bigger than football and selfish of him to look the other way. He is not the first to publicly voice his opinion on civil rights issues and he will not be the last, joining LeBron James, Dwayne Wade, Chris Paul and Carmelo Anthony, to name a few. The team, for its part, has shown support saying it’s his right as an American citizen. The NFL has issued its own statement saying players are encouraged, but not required to stand during the national anthem.

Before we go on, let me introduce myself. My name is Gabriel Garcia. I am a son of Cuban immigrants who sought to escape the Communist regime. I grew up in Miami with a huge love of baseball, but really of sports in general like basketball, football, hockey and, relatively recently, soccer (yes, I am calling it that). There is barely any sport I don’t like, but that is for another time.

Kaepernick’s actions will bring backlash and probably a lot of it. The American flag is a sacred symbol of the United States of America and it is rooted deep in our 200 plus year history synonymous with liberty, freedom and strength in its many forms. Whether you agree with his actions or his reasoning, he was ultimately exercising his right to speak his mind freely. As a lover of sports, I have been weary of politics seeping into them, but, at the end of the day, professional athletes are citizens and human too. For many of them, the idea of not utilizing their fame, notoriety, resources and influence to make a difference for the communities they come from and for others in society is just a waste. As Colin said, for him, not doing so is just selfish on his part.

Many will undoubtedly question his patriotism. Simply standing up during the national anthem is not the measure of a person’s love of country, nor should it be. Patriotism takes many forms. From exercising our right to vote, to serving the nation as a member of the armed forces, to devoting your life to public service, just to list a few. It is really a combination of all of these and sometimes you have to criticize what you love most because you hate seeing what is going on or see actions as unjust. Don’t believe me? We do it to our favorite sports teams. I’ll be the first to criticize my favorite teams, the Miami Dolphins (for example), with the various choices they’ve made over the years. But it’s done because, at the end of the day, they’re my team even when they suck. The same goes for the Miami Marlins, the Miami Heat and any other team I am fond of.

When I was in high school, there was a friend of mine that when we stood up for our daily national anthem, he would turn his back on the American flag hanging in the classroom. His reasons were different, but, as unsavory as that was, it was his right. I didn’t agree with him, but I did agree and acknowledge he was in his right to express himself. Remember the First Amendment, folks. Personally, I do not 100% agree with Kaepernick’s view, but I can’t help but respect the guy. Unless you have a medical or a real legitimate reason for not standing before the national anthem, I find it pretty taboo. However, doing so for what you believe in, I have to respect that. Whether it’s right or wrong, it is his opinion and having the freedom to speak your mind, to even object, is democracy at work. Discourse is healthy, differences and even disagreement – to a degree – is healthy. While, without a doubt, there will be consequences, there always will be, both good and ill. Our athletes, as well as everyone else, really should be able to speak up and give voice to their views. 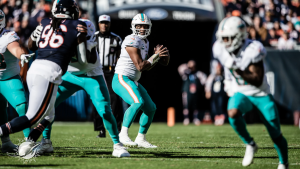 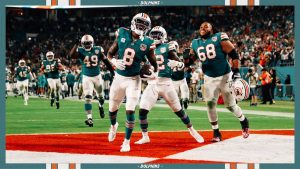 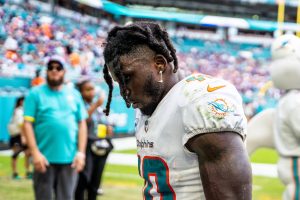