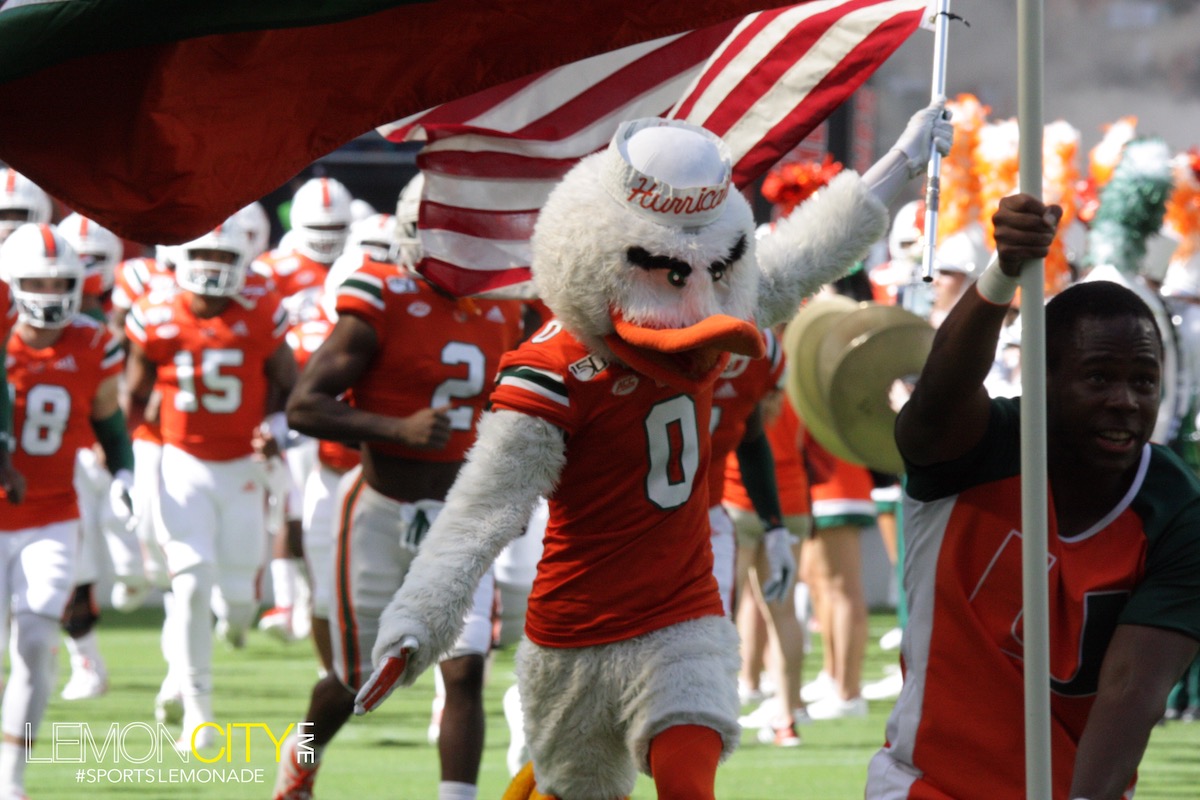 Miami, Florida – It looks, feels, and sounds different but college football is back. The Miami Hurricanes won their season opener, defeating the UAB Blazers 31-14. Thursday’s win at Hard Rock Stadium has the program starting on the right foot with a tougher opponent on the horizon. There was plenty of uncertainty in the lead up to the season with two members of the Power 5 currently opting out due to COVID-19. Several FBS conferences have also pushed their football seasons to the spring. Switching to a mostly conference only schedule, the remaining power conferences have successfully kicked off their seasons. So far the Hurricanes have been fortunate in avoiding an outbreak, something the university and its medical staff will be closely watching.

Surging On The Ground

UM started off slow in the first half. Their special teams botched a punt, fumbling the ball to give UAB excellent field position to score first on the resulting drive. It proved to be the Blazers’ highwater mark once the Canes got their offense going.  Cam’Ron Harris broke into an impressive 66-yard touchdown run to tie it just before the end of the first quarter. Miami’s O-line did some excellent blocking, opening up the lane for Harris to take it to the endzone. He wasn’t the only one with good legs. Quarterback D’Eriq King is a highly touted athlete and he demonstrated why. With just over 10 minutes to go until halftime, King kept the ball to himself and rushed for a 12-yard TD, selling his body against two defenders to give the Hurricanes the lead.

While the offense picked up steam in the second half, the defense doused the Blazers repeatedly holding UAB to just 14 points. They forced them to punt 11 times and while there was no turnover chain, they did cause two fumbles and collected a sack.

Jose Borregales drilled his first field goal as a Hurricane, a 25 yarder in the third quarter. Transferring from Florida International University, Borregales gives Miami an immediate upgrade since the kicking game was very suspect last year. In 2019, he made 21 of 29 field-goal attempts including three from over 50 yards. Near flawless when it came to extra points, the senior has a very powerful leg.

UAB got to within three in the second half but Harris countered with a 4-yard rushing TD late in the third quarter. King iced the Blazers just before the fourth, converting on a third and goal with a left side touchdown pass to tight end Brevin Jordan.

That's good for 6️⃣! Hope to see this a lot more…

The team is off to a good start but their first real test will be at Louisville. The Cardinals are led by coach Scott Satterfield, a program that has been trending upwards after finishing 8-5 (5-3 ACC) last season. In 2019 they had the second-best scoring offense in the ACC behind Clemson with 33.1 points per game. While it’s true the Hurricanes throttled them last year 52-27 in arguably their best performance of the year, this round will be at their house. There are two guys, in particular, they need to shut down, junior receiver Tutu Atwell and red-shirt senior Dez Fitzpatrick. If the secondary keep them contained, the Cards will become fairly one dimensional. Fitzpatrick led the team in receptions against Western Kentucky, catching four passes for 110 yards and a touchdown. Atwell caught seven for 78 yards.

Defensively the Canes need to watch for the blitz, especially with Rodjay Burns in the mix. Burns was second on the team in tackles last year recording 83 and he already drew a sack against the Hilltoppers. Miami will have to come out of the gates quickly, scoring early and often to avoid falling behind. When it comes to the signal-caller, it’s nice to see King’s mobility especially when the pocket collapses. He doesn’t hang onto the ball like N’Kosi Perry. I would like to see the Canes air it out more and involve Jordan while continuing the ground game in a balanced approach.

Special teams had their little mistake in the opening quarter but they should be fine going forward. My only complaint about the defense is no turnovers, I expect to see the turnover chain’s debut this Saturday in The Ville. All in all, it should prove to be an exciting game for UM fans.