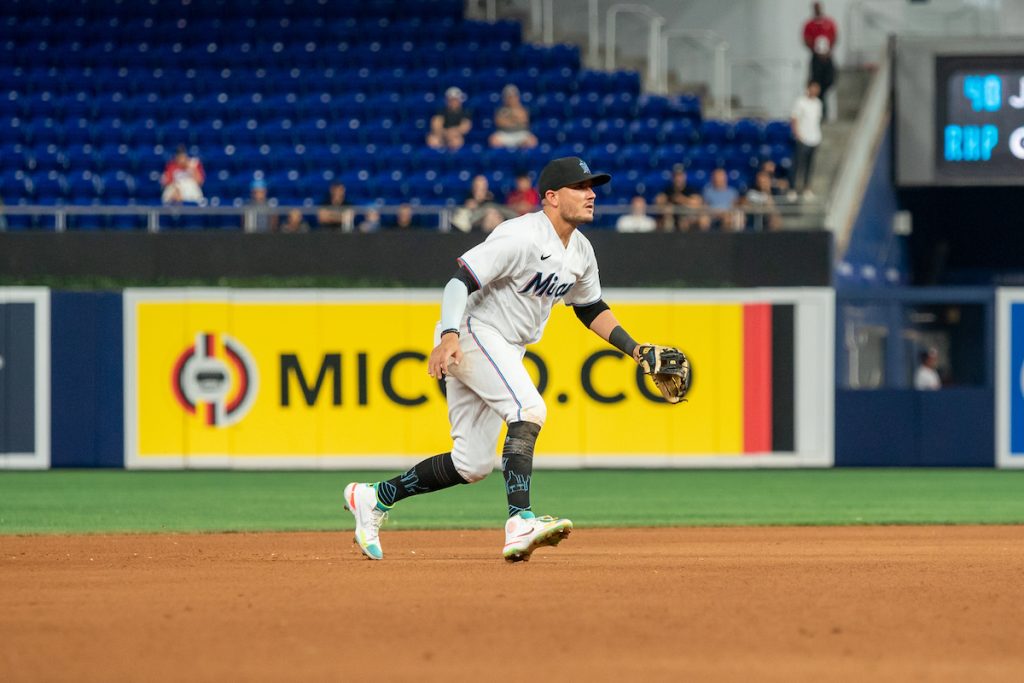 Miami, Fl- Another one-run loss. The Miami Marlins have lost by one run more than 20 times this season and you can add another to the tally after losing against the Cincinnati Reds 2-1. The last couple of weeks has been frustrating for Miami. The injuries are piling up and their losing streak has reached five games.

Miami’s offense has been abysmal since they returned from the All-Star break. They are having trouble providing any type of run support to their starters and it is finally catching up to them. Miami could only muster up one run in back-to-back games against a team 20 games under .500.

Excluding tonight: Scored 66 runs in their last 26 games, which is last in #MLB and nearly 100 runs worse than the team with the most (NYY, 161). MLB average for teams over that span is 113 runs.

The Marlins had a game to play but all the attention was focused on the MLB trade deadline that ended at 6 pm. The first pitch was scheduled for 6:40 so there was a chance for a last-minute lineup scratch. Right up to the deadline, Pablo Lopez was involved in trade rumors with the Los Angeles Dodgers and the New York Yankees.

Pablo was not dealt by the deadline but the Marlins had a trade earlier in the day. Miami traded relievers Anthony Bass, Zach Pop, and a player to be named later to the Toronto Bluejays for their No.4 prospect, Jordan Groshans. He was the 12th overall pick in the 2018 draft and is the No.82 overall prospect by MLB Pipeline. Groshans is listed as a shortstop but will also see action at third base in Miami’s farm system.

GM Kim Ng speaks to the media after the trade deadline has ended and talks about newly acquired prospect, Jordan Groshans, and what his skillset can bring to the franchise. @Marlins #MakeItMiami @LemonCityLive pic.twitter.com/NfSPrEDM0l

Braxton Garrett started on the mound for Miami and he had a career night. His only hiccup came in the first inning when his control was an issue. With one out, he gave up a double, hit a batter, and then walked Joey Votto to load the bases. He struck out Donovan Solano for the second out of the inning but was not in the clear yet.

The next batter was Aristides Aquino and he delivered the decisive hit of the game in the opening inning. On a 0-1 count, Aquino beat the shift and singled through the right side of the infield. Two runs scored, but Garrett adjusted from that point on and kept the Marlins in the game. He carved through the Reds’ lineup and racked up 11 strikeouts. That would match his career high and he also threw a career-high in pitches (104).

Braxton Garrett talks after his outing about his adjustments throughout the game and what pitches were working for him that led to tying his career high in strikeouts. (11) #Marlins #MakeItMiami @LemonCityLive pic.twitter.com/tP2rHO4hNN

Miami had no answer for Cincinnati’s starter, Graham Ashcraft. It seems like every starter that has faced Miami recently has their best outing of the season. The 24-year-old rookie pitched the longest outing of his young career. He carried a shutout into the sixth inning and was pulled out of the game in the ninth inning after Jesus Aguilar doubled with one out.

Luke Williams pinch ran for Aguilar and Ashcraft handed the ball to Alexis Diaz to close it out. Williams was left stranded in scoring position after Lewin Diaz flew out and Jacob Stallings struck out. This was a frustrating loss for Miami as they outhit Cincinnatti 5-3 and struck out only four times compared to 15 for the Reds. Miami needs to snap this losing streak immediately if they still want to make this season respectable and they have the right person on the mound tomorrow to do it.

The Marlins have dropped to 10 games under .500 and it is evident that their playoff hopes have disappeared. There haven’t been many bright spots throughout this season but one constant has been Sandy Alcantara leading the pitching staff. Alcantara has been sitting on nine wins for the past three outings and tomorrow would be a good time to earn No. 10.

A win in the series finale would snap two losing streaks and can help get the Marlins back on track. They will look for any type of momentum as they will hit the road for eight days and play six games. The first pitch for another Sandy’s Beach Day is scheduled at 6:40 pm.