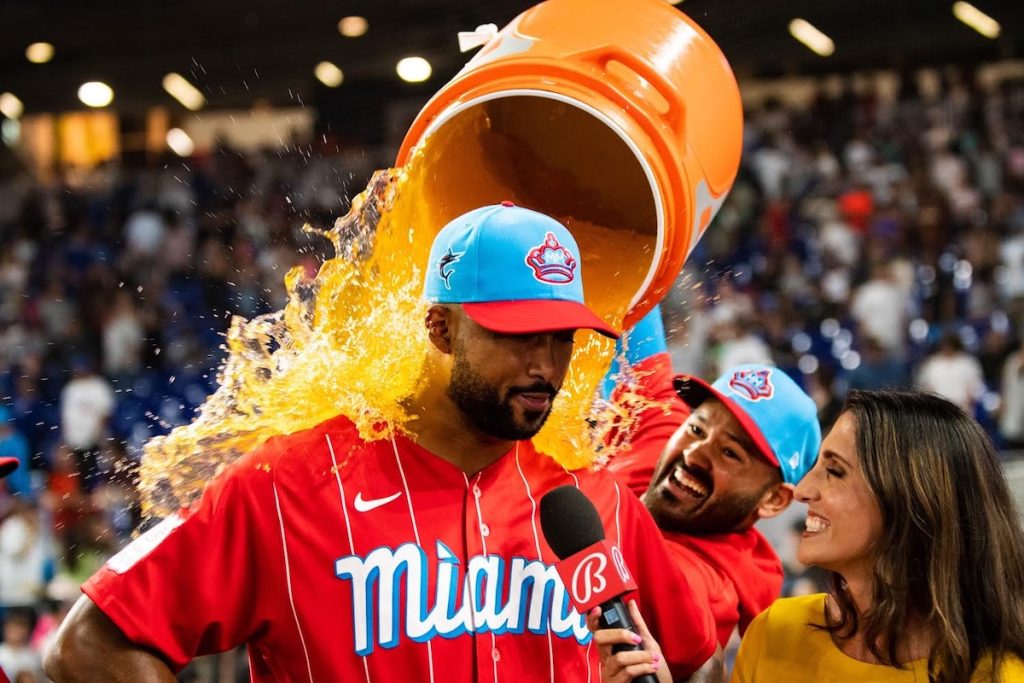 Miami, Florida– Sandy Alcantara has been nothing short of brilliant this season. Every time he has stepped on the mound he has proven why he deserves to be the National League Cy Young award winner. He is putting together arguably the greatest season for any Marlins pitcher. He is in the conversation of a short list of players like Kevin Brown, Josh Johnson, and Jose Fernandez.

Providing run support, or lack thereof, for Alcantara has been nothing new for the Marlins offense. It is a bit puzzling how Alcantara had an ERA of 2.19 going into Saturday night’s game but has six losses to his record. It wouldn’t get any easier for the Miami Marlins going up against the Los Angeles Dodgers who are 50 games over .500.

Competing at a high level all season is difficult for any pitcher and they are going to have their hiccups along the way. Alcantara doesn’t have many hiccups this season but he did have the worst start of the year last week against the Dodgers. The Dodgers unloaded on Alcantara for six runs on 10 hits. He did not make it out of the fourth inning which made it the shortest outing of the season.

He would have his chance at redemption Saturday Night at loanDepot Park. It was a Legacy Saturday, Venezuelan Heritage Night, and the best team in Major League Baseball was in Miami. This game drew one of the biggest crowds all season and they were in attendance for a masterpiece. The Dodgers did not have a warm welcome to Sandy’s Beach.

Had a great time talking to fellow @ColumbusHS_Mia alumni @showtimealmonte and reliever for the #Dodgers We talked about playing in front of friends and family, his journey in the minors, and playing for a World Series contender. Good luck and Adelante! @LemonCityLive pic.twitter.com/snCPtbHTMj

Miami’s lineup is a shell of itself from its Opening Day form. But if Alcantara is on point, not much offense would be needed and he can take care of the rest. The Marlins went up against 24-year-old right-hander, Dustin May. He was making his second start of the season and was a handful for Miami.

For the first three innings, May was perfect. He went through Miami’s lineup and did give up a hit or baserunner. Miami scratched their first run off May in the fourth inning in controversial fashion. With one out, Jon Berti reached base with a single to right field. Brian Anderson was next in the order and he squared up a 98 mph fastball to left-center field.

Joey Gallo threw to second base and Anderson was initially called safe. Chris Taylor received the throw from Gallo and he tagged Anderson at his foot. Even after the safe call was made, Taylor kept his glove on Anderson’s foot and it seemed like he pushed it off the base.

Originally called safe, the second base called Brian Anderson out because he slid off the bag

Anderson argued that he was pushed off and was thrown out of the game pic.twitter.com/eZkuMBsli1

Anderson was thrown out of the game by the second base umpire for arguing the play and was replaced by Jerar Encarnacion. The game was now tied 1-1 and it stayed that way until the bottom of the sixth. The Marlins rallied with two outs to score another run off of May and take the lead.

Joey Wendle and Berti both reached base on infield singles and up came Encarnacion. He was playing in his first home game as a member of the Marlins and he came through in a big way. The rookie outfielder singled to left field to bring in Wendle and that was the deciding run of the game.

After replacing Brian Anderson after his ejection, Jerar Encarnacion drives in the go-ahead run for Miami in the 6th! Marlins lead 2-1!@Marlins | #MakeItMiami pic.twitter.com/FZHzm5Zryy

Sandy Will Take it From Here

Alcantara had to be nearly perfect against this Dodgers lineup if he wanted to walk out with a victory. The only blemish of his night came in the third inning against Mookie Betts. He already homered twice the previous night in the series opener and showed again that he loves playing in Miami.

Betts launched a hanging slider by Alcantara over the left-center field wall into Auto Nation Alley. The home run gave Los Angeles an early 1-0 lead and Betts took advantage of one of the few mistakes made by Alcantara.

Mookie Betts is the hottest player in the show right now 🔥🔥🔥🔥🔥 pic.twitter.com/Z0myEx7ugs

Prior to and after the home run, Sandy was still finding his groove. He issued a walk and a double in the second inning but worked out of that jam. After Betts’ home run, Trea Turner singled but Freddie Freeman lined into a double play. That was the best opportunity for the Dodgers to add more runs to their slim lead.

Once Miami tied the game in the fourth, Alcantara was practically untouchable. He kept his team in the game and once they had a 2-1 lead after the sixth, the Dodgers were the ones reeling. Through eight innings, Sandy retired the side in order five times and scattered four hits with just one walk.

Sandy Alcantara gets his revenge vs. Mookie Betts 🔥🔥🔥 pic.twitter.com/1xPfgJBHE3

No Need for Tanner Scott

Alcantara ran into some trouble in the ninth inning. After striking out Turner in a dominant fashion for the first out of the inning, the Dodgers started to create traffic on the bases. Freeman reached base on an infield single and Will Smith followed that with a single to left field.

After a mound visit with pitching coach Mel Stottlemyre Jr., Alcantara got Max Muncy to fly out for the second out. Justin Turner was next to bat and he drew a walk on four straight pitches. The bases were loaded for Gallo but Alcantara buckled down. On a 1-1 count, Gallo grounded sharply to first base but Lewin Diaz made the play and tossed it to Alcantara covering the base to get the final out.

Sandy Alcantara is HIM pic.twitter.com/a43cHx3heg

Complete games have been nothing new for Alcantara this season. This is his fourth complete game in 2022 and the seventh of his career. He lowered his ERA to 2.13 which is third in all of Major League Baseball and leads in innings pitched. Sandy has built a strong case to be the N.L. Cy Young and dominating against the game’s best team should be a clearer indication as to why.

The Marlins were finally on the right side of a one-run victory winning 2-1 against Los Angeles. They tied the series up and will have two more games to play. In the series finale, the Marlins will get a first look at the other pitcher giving Sandy a run for his money in the Cy Young race. Tony Gonsolin will start Monday night and is entering with an impressive 16-1 record and leads the National League with a 2.10 ERA. The Marlins’ offense has a chance to help their ace for the Cy Young on a night when he’s not even pitching. 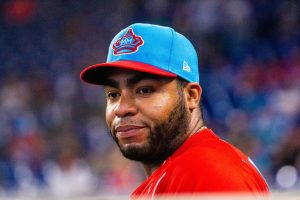