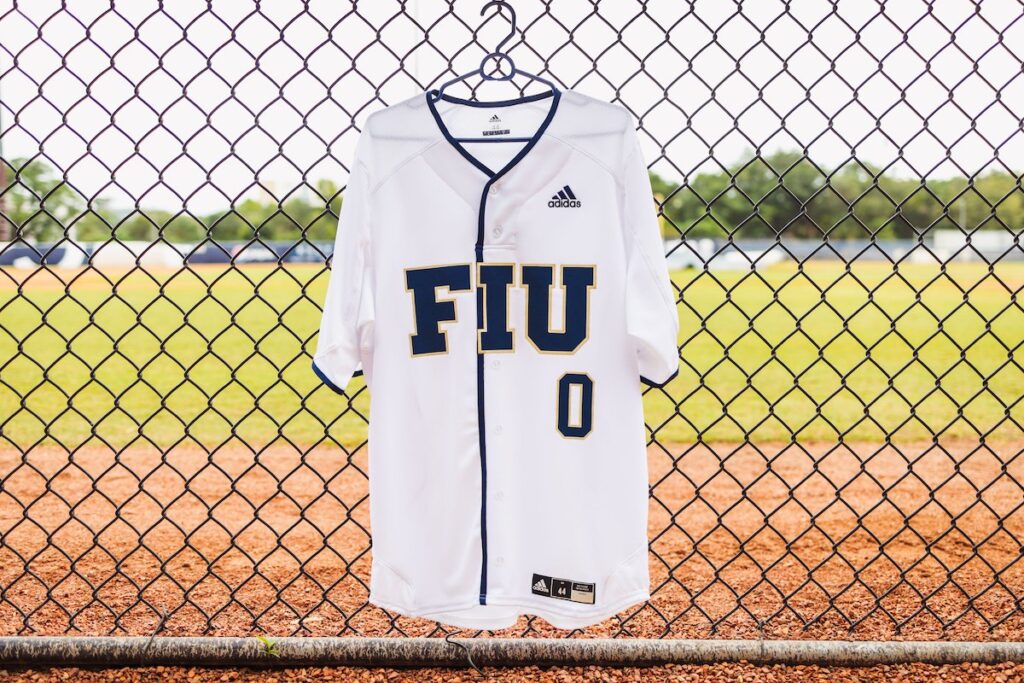 FIU won in extras to begin the weekend with the Blue Raiders evening the series.

He keeps getting better and better. Give it up for @jaden_hamm! pic.twitter.com/tZi1y3ZCup

Lopez led off with a solo shot to right field, mashing Lequerica’s first pitch for the early 1-0 lead. He wasn’t finished yet.

The senior struck again the following frame, hammering a three-run homer dead center extending the Blue Raiders’ advantage 4-0. This is all they needed.

The Panthers did have a chance to scratch a run during the third inning but came away with nothing. Steven Ondina struck out swinging chasing a high one, stranding Ruben Carpio who advanced to third on a wild pitch.

The Raiders threatened to blow the game wide open in the fifth but Orlando Hernandez got out of a bases-loaded jam striking out Luke Vinson.

FIU went through an injury scare in the home half of the inning. Matthew Gonzalez hit into a double play with Robert Sotolongo colliding into Lopez at second. He was immediately tended to by trainers from both teams as well as coach Mervyl Melendez. Fortunately, Sotolongo was able to walk off the field under his own power and remain in the game.

The Blue and Gold finally got on the board in the sixth. Carpio led off the inning with a double followed by a base hit from Noel Perez advancing his teammate all the way to third. With Alec Sanchez at the plate, the duo managed to pull off a double steal scratching Florida International’s only run.

Middle Tennessee responded in the seventh. Zac Lampton retired the first two batters but beaned Eston Snider who stole second moving right into scoring position. This allowed Brett Coker to double on a very costly defensive mistake by the Panthers. First baseman Adrian Figueroa misplayed the pop fly allowing Snider to cross the plate. Despite seven hits, the team was unable to push across the runs needed to win.

Florida International is now 14-29 overall with a 6-17 conference record. The Panthers will try to take the weekend tilt on Mother’s Day. FIU hasn’t won a series in nearly two months. The last time they did this was March 20th versus Marshall.

With seven games left of the regular season, the Panthers’ hopes of making it to the C-USA tournament are very slim. In fact, they’re all but out. Calling the season a disappointment is a major understatement. Looking back, it seems my expectations were lofty. I had the program not only emerging with a winning record but also finishing middle of the pack and winning at least one game in the tourney. Mark that down as a big wrong.

Their biggest weakness was by far the pitching. Both the starters and the relief corps struggled throughout the year. Although the hitting wasn’t exactly stellar either, there were a lot of matchups where if the hurler on the mound kept the game close the team would have at least won a few more games than their record suggests. As hard as it is to believe, they really are better than 14-29. It just wasn’t their year.

Despite going hitless tonight this one goes to Alec Sanchez for his great defense at centerfield. There were a lot of balls hit his way and he nabbed pretty much all of them. Good stuff.

There was a lot more the offense could have accomplished. Steven Ondina had runners in scoring position twice and whiffed in both at-bats.