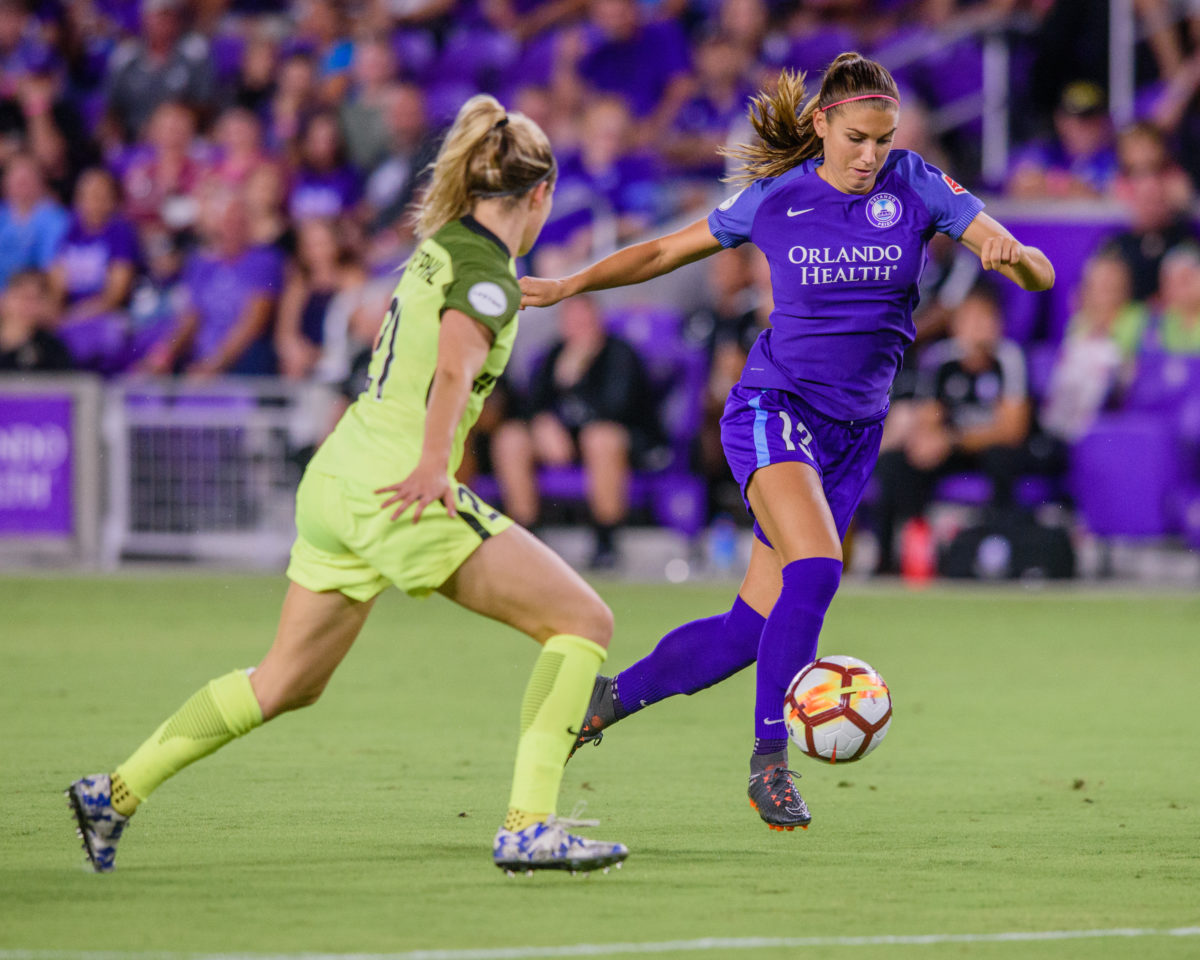 With the point, the Pride also extended their home unbeaten streak to 10 games dating back to last season’s 4-1 win over FC Kansas City on July 15.

“I thought it was a good game, I thought it was a competitive game. I thought it was a game with two teams that tried to play good, open soccer and I think at different times during the game both teams were in the ascendancy. I thought we had a very good first 25 minutes of the first half; I thought we had a very good 25 minutes in the second half. And then I thought they came into the game a little bit more in both halves,” Pride Head Coach Tom Sermanni said. “The times we’ve been on top, we haven’t then got that goal to then get more momentum and that’s something we need to add to the game. But I thought our tempo was good and once we moved the ball better I thought we caused them some problems. We just need to keep working at that and doing it better.”

Fresh off a Copa América Femenina victory with Brazil, Marta drew the game level with a 61st-minute set-piece goal. With Marta, Christine Nairn and Alanna Kennedy standing over the ball, Marta was the one to take the opportunity and bent a left-footed golazo into the near corner from 25 yards out. It was Marta’s second goal in two appearances and second-straight game-tying goal after scoring on a penalty kick in the Pride’s March 24 home opener against Utah Royals FC.

The Reign opened the scoring in the 35th minute, after Allie Long finished a headed pass into the box from Megan Oyster.

Despite the visitors controlling the majority of possession in the first half, the Pride had the share of the opportunities, totaling 12 shots in the first stanza. Early on, forward Alex Morgan found Kennedy running up the right side but her attempt was denied on a kick save by Reign goalkeeper Michelle Betos. Seconds later, Ali Krieger sent a cross through the box that was left for Morgan but Betos made a diving save.

Saturday marked the first match of the season for both Kennedy and Pride debutant Emily van Egmond, who both arrived in Orlando for the first time this week due to international commitments with the Australia national team. Monica Hickmann Alves also earned her first start of the season, slotting in at right center back after recently scoring four goals in Brazil’s World Cup qualifying tournament.

Goalkeeper Ashlyn Harris finished with four saves in the game, including a 31st minute point-blank stop on English forward Jodie Taylor from eight yards out.

Both teams are still in search of an identity with each having had a revolving door of players due to international competition. The rosters are now at full strength with Orlando facing the toughest part of their schedule, with three road game coming up against Chicago, Utah, and Portland.

“Each game is going to present a different challenge” according to midfielder Emily van Egmond, “and we are going to have to assess that game by game”.

The Pride will now prepare for a three-game road swing, first facing a quick turnaround when they travel to face the Chicago Red Stars at Toyota Park on Wednesday. Kickoff for the match is scheduled for 7:30 p.m. ET.