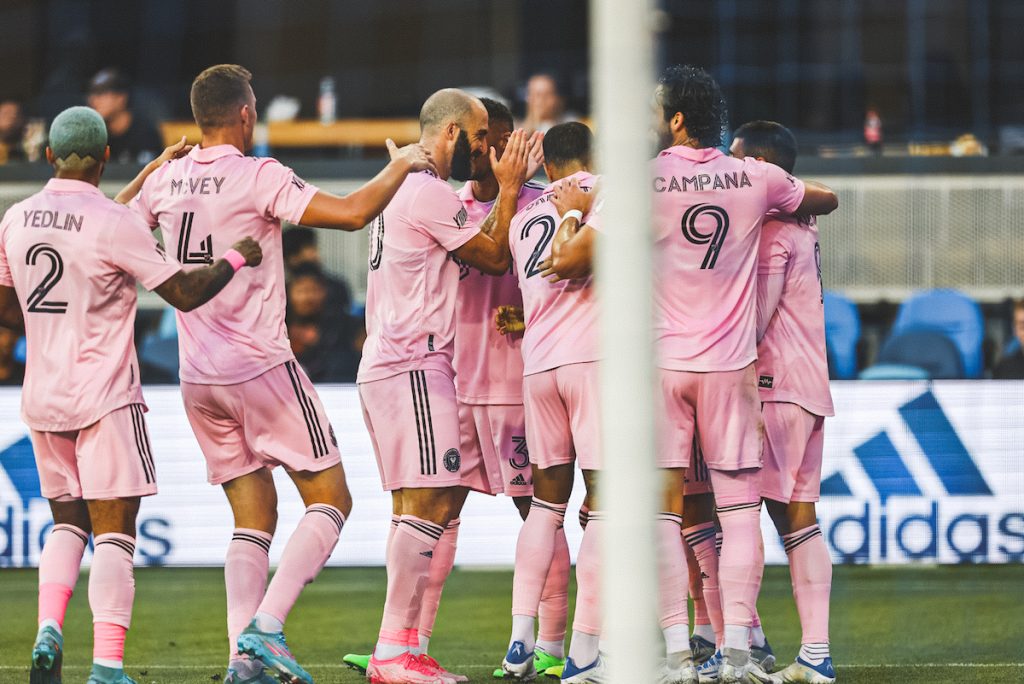 San Jose, CA – Inter Miami CF obtained a massive three points on the road Wednesday night against San Jose Earthquakes. Jean Mota scored a spectacular strike from outside the Earthquake’s box to give the Herons the 1-0 victory.

Kieran Gibbs and Leonardo Campana were inserted into the Starting XI for the match, the two changes from Miami’s previous appearance against Cincinnati FC.

Inter Miami CF came out with the heavy artillery, pairing Leonardo Campana and Gonzalo Higuain up top with Robert Taylor and Alejandro Pozuelo on the wings. The initial formation looked like a 4-2-3-1 that morphed into a 3-5-2, with Gibbs, Lowe, and Mcvey forming the back-line.

The Herons came out flying around the pitch, looking like a cohesive and dangerous side. Pozuelo, Higuain, Taylor, and Campana, the “Fantastic Four” had the Earthquakes pinned near their own goal. San Jose tried frantically to withstand the Heron attack, but at the 12’ minute Jean Mota finally scored his long-awaited goal with a finessed scorcher from outside the box. The Golazo is another candidate for goal of the week, the recognition Gonzalo Higuain received the previous week.

What a finish by Jean Mota to put us in the lead 😳🔥#SJvMIA | 1-0 pic.twitter.com/kJhWYjVYmV

Leonardo Campana was replaced because of injury at the 22’ minute by Ariel Lassiter. Lassiter would have a tough night, missing several scoring opportunities and overall not play a great game.

San Jose would maintain the majority of possession for the rest of the match, but it would be Miami that would create the most dangerous scoring chances. The Herons created a lot of opportunities but simply could not put the ball in the back of the net.

Emerson Rodriguez, who came on for an injured Gonzalo Higuain at the 72’ minute had the most obvious chances to score but incredibly could not do so.

The match ended 1-0, leaving the impression that Inter Miami CF could have won this game at least 3-0 if they were a more effective squad.

Massive three points for Miami against San Jose, keeps them in the playoff race.. 1-0 victory felt like it could have easily been 3-0.. some concerns about Higuaín’s and Campana’s 🔔health after the game @InterMiamiCF @MLS @LemonCityLive https://t.co/MyBtklzRNf

Phil Neville referred to the win as,

I would use his words from last week and say it was a massive three points. No other result would suffice, no other result could have occurred and kept the fanbase believing. Under immense pressure, the Herons got the result they desperately needed. The San Jose Earthquakes are not a great team, but they were home facing a team that had traveled across the country. Three points and keep on moving, because the next three games are massively tough.

The injuries to Leo Campana and Gonzalo Higuain are very concerning given the fact that they are the best scorers on the team. Alejandro Pozuelo has to come up huge for this team during their absence from the pitch. One other guy has to step up and be a difference maker, Bryce Duke the “little gem”. It’s time to play big, like the star he has shown he can be.

“Bryce Duke is a starter on this team”, Neville when I asked about Duke’s role for the Herons @LemonCityLive @MLS @InterMiamiCF

Emerson Rodriguez is the center of criticism right now for the many missed scoring opportunities he had against San Jose. He has improved steadily in all facets of his game this season, but the most important one remains, scoring. I’m not ready to give up on him like so many fans have, according to what I read on social media. I think he has some abilities that are very hard to find, and when he puts it all together, he will be amazing.

Phil Neville has a tough three games ahead to plan for, luckily two will be at DRV Pink Stadium. This stretch will tell a lot about this coach and his team. Neville and the Herons keep getting back up just when it seems they will be out for the count. I’m not counting him or his team out until the final bell.

The Inter Miami roller coaster ride has been fast and furious, bumpy and rough. The remaining 11 games have the Herons on the road six times, home for five. The next two home games against NYCFC and Toronto FC are of enormous importance. If Phil can pull out some wins without his top two scorers, then maybe his most ardent critics will bite their tongues for a bit. If the team loses ground in the playoff race, then the chants for Phil to be replaced will be louder than ever.

Watch our @xbtogroup match trailer ahead of tomorrow’s away match vs Montréal! pic.twitter.com/6guywlk6Qy 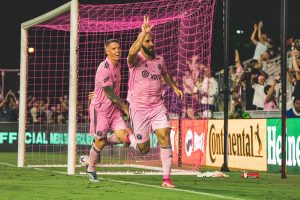 Higuain Nets a Hat-Trick as Inter Miami and Cincinnati Draw