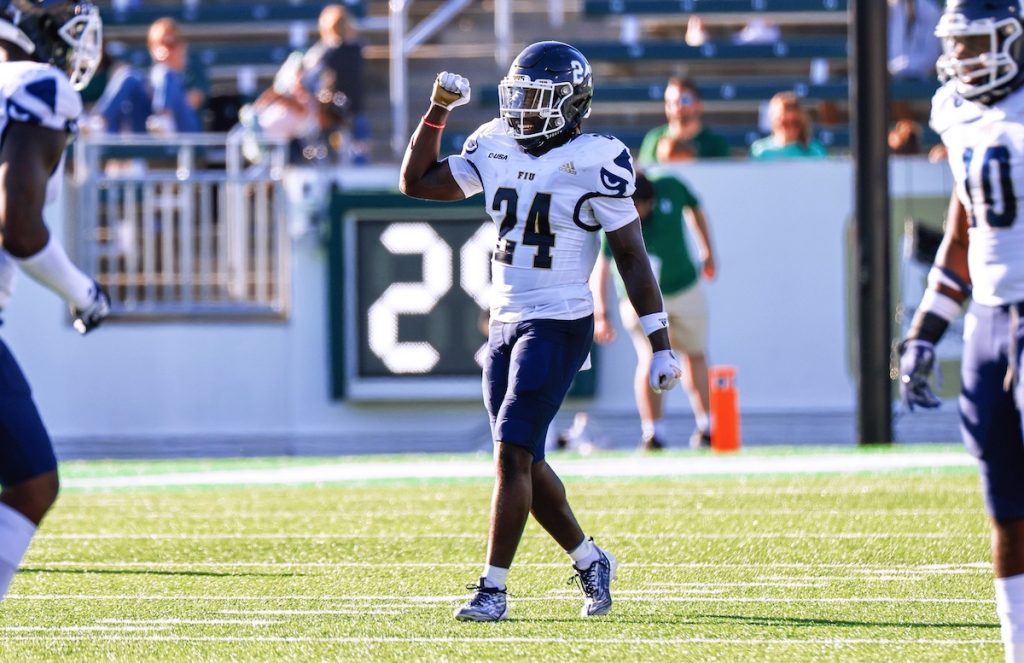 Miami, FL – After seven games of FIU Football and being present for two of the games, I start to see what the program is building and it is something truly special. A team that is 3-4 and is finally starting to come together after seven games into the season, shows the hard work and the new mentality which has been presented by coach Mike MacIntyre. The new staff is working hard, and this team is going to turn into something special in the years to come. This article will go over the main branches of the FIU Football team and program as to why you should believe in it now and moving forward in the future.

We believe in us, and that’s all that matters. 💯#ELEVATE pic.twitter.com/ByuByArf5H

Coach Mike MacIntyre is a Florida native who is well-known for turning college programs around in a positive way. The best examples you can look at are San Jose State University from 2010-2013 and then the University of Colorado Boulder from 2013-2018. The 2021 colligate season saw FIU only winning one game and once MacIntyre arrived they are only one game under .500 and are showing signs of improvement every game they play.

You can also see how coach McIntyre is a player’s coach. He is always around them, celebrates with them, and understands that these guys are extremely young and raw and need time to develop, but has not backed down from showing this young FIU Football team that winning is the priority to get things back on track at FIU.

When you think of freshmen and sophomore players making an impact on the team you think of sophomore quarterback Grayson James, redshirt freshman cornerback Demetrius Hill, sophomore linebacker Gaethen Bernadel, and redshirt sophomore wideout Kris Mitchell. You hear these names throughout most of the game with the impact that they have made and will continue to make. This goes to show the core that FIU is building and the recruiting that they are doing is working in terms of finding the right guys to join the program.

Balance Between the Offense and Defense

When you think of the best football teams out there, you think of a powerful and dynamic offense with a defense that will haunt you throughout games. The FIU Football program is building this year by year and begins to show it game by game. The last game they played showed the FIU defense produced five turnovers and the FIU offense scored 34 points. Although the opponent they played was a team with only one win and fired their head coach at the conclusion of the game, they still provided a balanced game which showed how talented both sides of the ball can be when playing at full strength.

FIU’s run game led by Flex Joseph, pass game led by the duo of Kris Mitchell and Tyrese Chambers, and a team effort on the FIU defense shows what this team is capable of, and as mentioned prior, the future looks bright with redshirt freshman running back Kejon Owens already earning playing time as well as some defensive players on that end of the ball. The future of a balanced team looks extremely bright for FIU and it is starting now in this 2022 college football season.

Chemistry at its finest

Although this is my first year covering FIU Football, you can notice that the chemistry between each player is one that they value. That begins with the head coach, and it is working as they are winning in postgame press conferences you hear a lot of compliments from other players, and many call this a family. It is truly impressive to see this and with redshirt freshmen being able to see this at an early stage in their collegiate careers, it will be something that may inspire them all to do when becoming upperclassmen and taking the younger players under their wing.