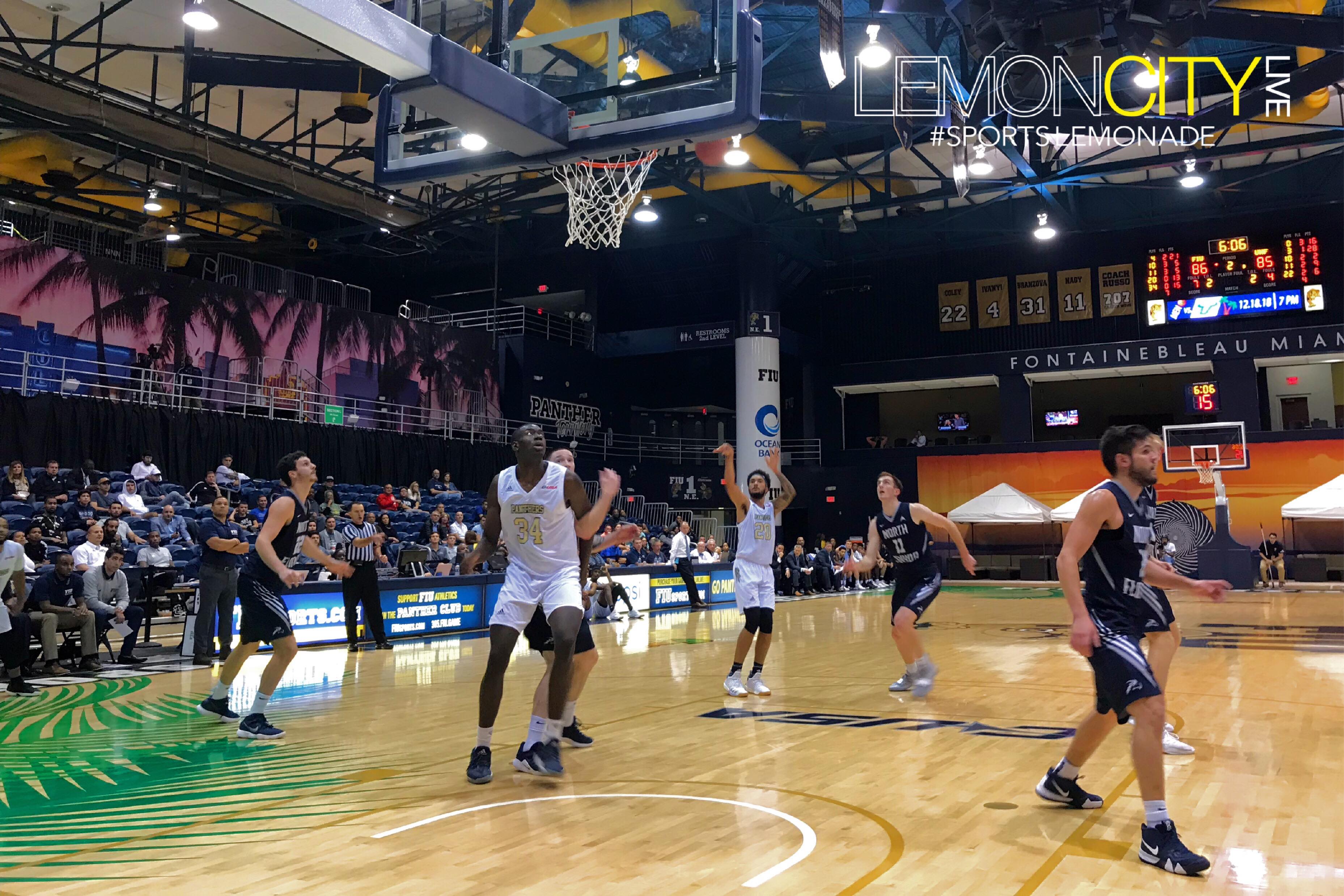 Miami, FL – Now that finals are over, we can once again focus on what’s really important, FIU Men’s Basketball! The Panthers returned to the hardwood for a three-game homestand at the Ocean Bank Convocation Center. With a 10-game home winning streak on the line, the Calle Ocho Cats didn’t disappoint, taking the 102-89 win against the Ospreys of Univ. of North Florida.

This is FIU’s 1st game since Dec. 1st, falling on the road to the SEC’s Arkansas 121-89. As much as FIU has improved, they’re still far from reaching their goals as a team, and it showed tonight. In the first half, they struggled to distance themselves from the Ospreys and had to rely on a late go-ahead bucket to close out the half on top, 50-49. It may seem like, FIU wasn’t holding it down defensively, but UNF’s advantage actually came in second-chance buckets. The Panthers had fewer turnovers (10-11), but UNF was able to convert more points off of their opportunities (15-11).

At the end of the 1st half, it's a close one. @FIUHoops leads @OspreyMBB 50-49. UNF's JT Escobar leads all scorers with 20! Brian Beard Jr. leads FIU with 15, while Willy Nunez Jr. has knocked down three 3-pointers!#PawsUp #CUSAMBB #ConferenceUSA pic.twitter.com/DTHSctCqtA

If there’s one thing Coach Ballard has instilled in these guys, it’s consistency. FIU scored 52 points in the 2nd half and held UNF to 40 points. However, to start the 2nd half, UNF went on a 14-7 run, so the Panthers had to find a different route to get the job done. Coach Jeremy Ballard said, “We gave them a couple of 2nd chance opportunities… and to their credit, they took advantage of it and they jumped on us, but credit to these guys they really responded from that – down nine (points) – to come roaring back and I’m proud of them.”

FIU quickly closed the gap. They stepped it up defensively, holding the Ospreys to less than 45% field goal percentage while scoring at a 50% rate themselves. The Panthers, who were out-rebounded 22-16 in the 1st half, flipped the script, outrebounding UNF 25-16 in the 2nd half, which diminished the Osprey’s 2nd chance points. Instead, FIU outgained UNF 19-4 in 2nd chance points. The Panthers also put in work from the free-throw line, shooting over 81%!

The Panthers ended the game on a 10-0 run in the final 3:38 minutes. Trejon Jacob (Tr3jon) and Osasumwen Osaghae (Big O) were the hot hands at the end, going 3-4 and 7-8 respectively. The leading scorer was Brian Beard Jr. with 29 points. Brian leads the nation in steals with 3.4 per game, and he’s also top 10 in assists with 7.0 coming into this game.

Next up, the Panthers continue their homestand, hosting the USF Bulls on Tuesday, Dec. 18.

On a side note, congratulations to Elhadji Dieng for graduating last week with his Bachelor’s Degree and a 3.5 GPA! He’ll begin work on his master’s degree this spring.