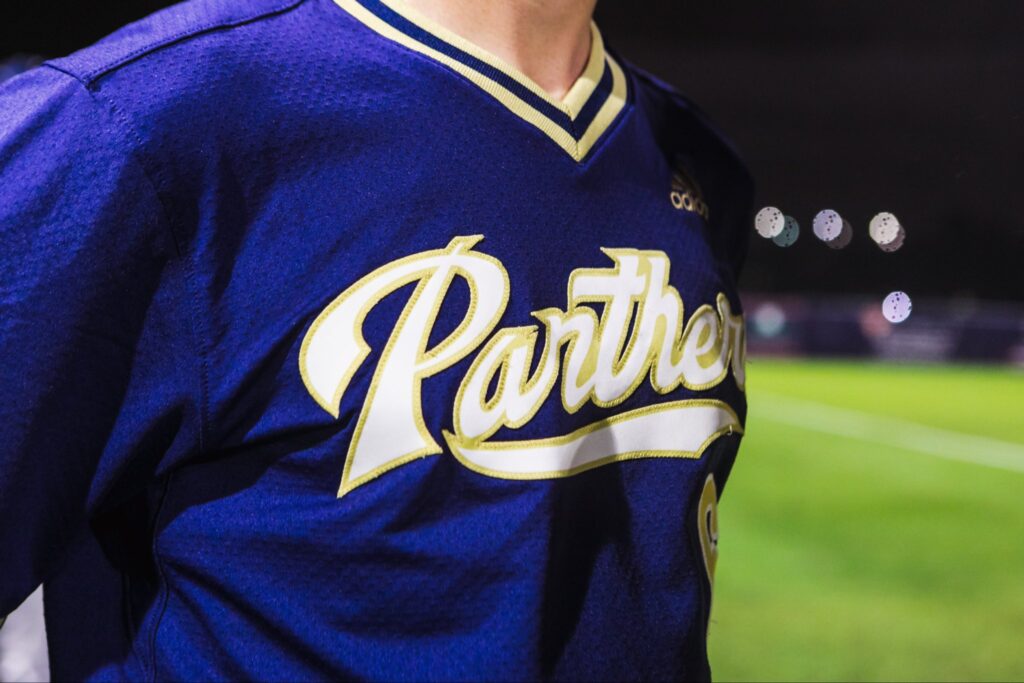 The F.I.U. baseball team failed to get their Conference USA record back to .500 last night after losing game two of their weekend series against Old Dominion. The Panthers got the win on Friday night when the offense exploded for 13 runs on 13 hits. 13 would be the unlucky number for the Panthers in Saturday’s showdown as the F.I.U. pitching staff combined to walk 13 Monarchs. That’s a bad recipe to win a ballgame.

F.I.U. was in good hands to capture the series win with right-handed pitcher Carlos Lequerica on the mound. Lequerica’s performance this season has been one of the bright spots for a struggling Panthers squad. Going into Saturday night’s game, Lequerica has been sharp posting a 2.70 ERA.

Old Dominion would have something to say about that after struggling offensively in game one of the series. They showed why they lead Conference USA in team batting average as they jumped on Lequerica for two runs in the opening inning.

Lequerica’s night did not get any easier after the first inning. The Monarchs kept peppering hits all over the field and scored two more runs in the second and third inning. After three innings and giving up six earned runs, Coach Melendez saw enough and went to his bullpen.

The Panthers offense was right back where they left off the night before. They responded to the Monarch’s first-inning rally with three runs to take the lead. Robert Sotolongo reached base on a single. He would reach second on a pass ball and eventually score on Alec Sanchez‘s RBI single to center field.

Dante Girardi would then get hit by a pitch and steal second base to set up Jorge Ramirez with runners on second and third. Ramirez kept the lineup moving and doubled to left field to bring in Sanchez. Girardi would eventually score on a wild pitch but that would be all the scoring for F.I.U. for a while.

Its all tied up 2-2! #39 Jorge Ramirez with a RBI Double off the left field wall and @FIUBaseball is still looking for more with runners on second and third and one out. @LemonCityLive #PawsUp #PantherPride @ConferenceUSA

F.I.U. would later chip at Old Dominion’s lead with a run in the fifth and sixth inning. Noel Perez had an RBI single and Steven Ondina pitched in with an RBI groundout in the sixth. These are situations the Panthers were not capitalizing on early on in the season. This is a great sign of improvement moving forward.

After Lequerica’s three innings, the Panthers used four relievers for the last six innings. David Eckaus was first out of the pen in the fourth inning and the Monarchs added to their 6-2 lead with three runs off of Eckaus. The left-handed pitcher struggled all inning with his command walking two and giving up three hits. After Eckaus’ one inning of work, Jack Clemente came in the game and he posted the first 1-2-3 inning for F.I.U.

Clemente struck out the side in his first inning and kept the Monarchs scoreless in the sixth as well. Then things started to unravel for the Panthers in the seventh.

Clemente looked like the exact opposite of himself in the innings prior. He was able to get one out in the seventh but walked the bases loaded and let a run score on a wild pitch. Old Dominion had a few left-handed hitters coming up in the batting order so Coach Melendez went with his lefty, Drake Batcho.

That strategy did not go exactly as planned and Batcho did not record a single out in the inning. He walked the only two batters he faced and there was another wild pitch in that sequence that led to another run coming in to score.

To stop the bleeding, the Panthers brought in Richie Pena as the third reliever of the inning. Pena was placed in a difficult spot with the bases loaded and out. He was able to escape out of the jam giving up only one run on a sacrifice fly. That play could have been a lot worse for the Panthers as Rey Hernandez made the catch leaping over the right-field wall to rob a grand slam. The Monarchs ultimately scored three runs in that sloppy inning without getting a hit!

Improvement, But Not the Complete Team Game

After closing out the seventh, Pena pitched the last two innings of the game in mop-up duty. He would surrender two more runs in the ninth and the Monarchs would finish with a whopping 14 runs. The Panthers did respond on offense in small moments late in the game. They attempted a comeback in the eighth inning but fell short scoring only two runs.

The offense continued to score runs after tying their season-high in runs the night before. In the last two games, the Panthers have scored 20 runs. If they can keep this level of offense they will be in good shape in conference play but the pitching staff needs to raise their level of play.

And thats the ballgame folks! The final score: @FIUBaseball 7 @ODUBaseball 14. FIU pitchers walked 13 batters and had a few wild pitches leading to runs scored. Hard to win games like that. Panthers look to get the series win tomorrow afternoon at 12pm @LemonCityLive #PawsUp pic.twitter.com/CN98OF6Ui1

F.I.U. will look to win the series in the rubber match tomorrow at noon. Their following game will be against their hometown rival, the University of Miami, on Wednesday, April 6 in Coral Gables at 6 pm.