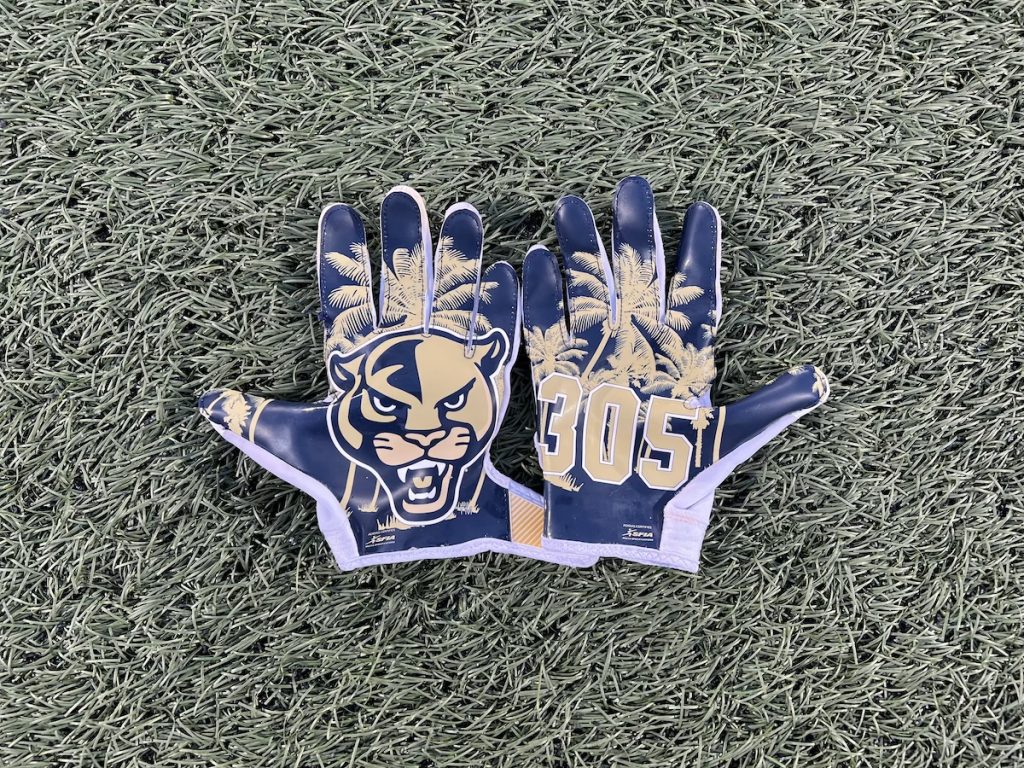 Miami, FL – On Wednesday, December 21st, FIU Athletic Director Scott Carr and FIU head coach Mike MacIntyre inked deals with 20 young men during International Signing Day, who will now be a part of the 2023 FIU Football team. Of the 20 men, 15 are from Florida, and eight are from Dade and Broward County. “We signed 20 young men today, 15 high school players.  Of the 20 we signed, 15 are from the state of Florida.  Eight of them are from Dade and Broward County.  We said we were going to do that when we first got here.
For transfers, we have some transfer portals and then one JUCO transfer.  And then, of course, we signed the best name in college football history in Rowdy Beers.  We are excited about this group, and we’re excited about what they bring, ” said coach MacIntyre in his opening statement. press conference on Wednesday.

Jenkins is by far the biggest name in the signing class so far. You can consider Jenkins a high school legend that will have huge support in the coming years when he makes his way down to FIU. The question becomes if he will be the starting quarterback in 2023 and if not, how soon will he enter into that starting role throughout the season. Jenkins ended this past season with 2,282 passing yards, 27 touchdowns, and four interceptions. If Jenkins remains in FIU for the next four years of his career, his ceiling can be the best quarterback in FIU History.

Jack Daly has the opportunity to enter in day one as a starter. Daly will be a defensive threat for sure this upcoming season.#FIU #PawsUp @LemonCityLive @PawsUpPodcast pic.twitter.com/AXNeqm11wB

In the last episode of the Paws Up podcast, we had the opportunity to speak to Underdog Dynasty’s own, Eric Henry, on Jack Daly, and he mentioned that he would be shocked if Daly is not a day one starter. Coach MacIntyre also mentioned to the media on Wednesday that this is a guy that they immediately targeted once they found out that he would be entering the transfer portal. In 2022, Daly recorded 29 tackles and two sacks. In 2021, Daly made the All-NEC First Team selection as he posted 40 tackles and 7.5 TFLs. Also, in the 2020 shortened season Daly had 15 tackles, 2.5 sacks, and 3.5 TFL.

J.T. Anderson is another player that we should all expect to see starting day one. #FIU #PawsUp @LemonCityLive @PawsUpPodcast pic.twitter.com/bUsxYENaWV

This signee is one of my personal favorites. Anderson still with three years of eligibility, recorded 17.0 tackles, 1.0 tackle for loss, and a pair of interceptions. Eric Henry, in the latest episode of the Paws Up Podcast, mentioned that he also expects Anderson to slot in at the nickel spot as a starter on day one. Anderson did not see action in 2021, so 2022 was a good first impression of what FIU has now and what he could potentially be in the next couple of years.

Rowdy Beers is one of the best names out there, but Beers is definitely a player to keep an eye out for. Will enter camp looking for that starting TE spot. Beers also plays on both sides of the ball. #FIU #PawsUp @LemonCityLive @PawsUpPodcast pic.twitter.com/7fCZ3xar6n

By far one of the best names in college football joins the FIU Panthers. Beers recorded 16 receptions for 191 yards and three touchdowns over the last two seasons at Valor Christian, which is described as a “powerhouse school” by FIU head coach Mike MacIntyre. MacIntyre also mentioned that he has never seen someone at 6’4″ run the way that he does. Not only does Beers play tight end, but he is on the defensive end of the ball playing on the defensive line. Beers on the defensive end had 5.5 sacks for a total loss of 46 yards and defended three passes.

The final name we will highlight is Luby Maurice Jr. who will join an already talented receiving core. Maurice Jr., in high school, recorded 1,677 receiving yards and 25 touchdowns on 88 receptions over the final three prep seasons. In his senior season, Maurice Jr. averaged 24.3 yards per catch and recorded a total of 16 touchdown grabs. Maurice Jr. helped his team secure a 12-2 record and reach the FHSAA Football State 4M Semifinal.