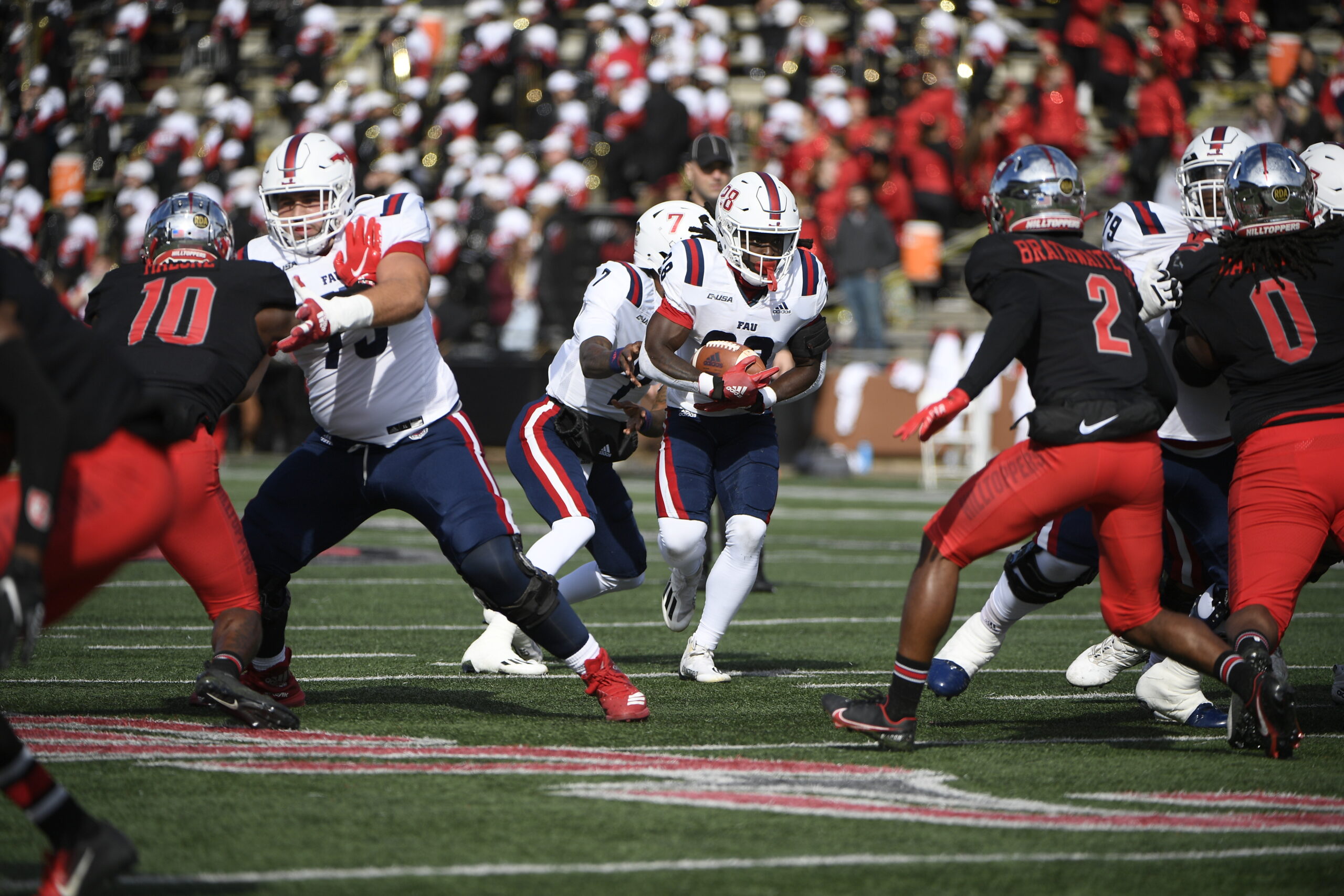 Well, this was expected. Looking at how successful the Hilltoppers’ offense has been led by quarterback Bailey Zappe, the big question was if FAU can keep up. They could not.

END OF GAME: #FAU drops their third game in a row, losing to #WKU, 52-17. Bittersweet return to Bowling Green as a head coach for Taggart. https://t.co/6wdzo86rFs

Zappe lit the Owls for most of this game as by halftime, he threw for 340 yards with four touchdowns. On the other side for N’Kosi Perry, he recorded 146 yards and no touchdowns.

While looking at statistics never tells the whole story of a game, this time it translates as Western Kentucky controlled every facet of the game.

FAU Hagerty Family Head Coach Willie Taggart’s return to Bowling Green, Kentucky was bittersweet with the loss as he assesses the team’s performance:

“Very disappointing. We didn’t play like we should’ve against a good football team. We knew that coming in that we had to play at our best to have a chance to beat this team. And, again, we didn’t do that offensively. Another week where we didn’t produce like we should have was very inconsistent and you can’t be that way against a team like Western Kentucky. Very disappointing, we’re bad, at coaching, that way we play.”

#FAU HC Willie Taggart tells us post-game that the loss is disappointing, especially the offense. Says they were bad all-around, especially in coaching. https://t.co/8ZPDUcEx2S

Throughout the past week, Taggart, offensive coordinator Michael Johnson, and players stressed about the idea of finishing drives and being consistent on offense. Once again, that isn’t translating to the field.

There were a couple of times when the Owls were clicking offensively and got into the red zone, but when they needed to score most, mistakes would happen. It would be pre-snap penalties, it would be high snaps that saw Perry fumble the ball on third down. Taggart talks about what he sees from the team in these situations:

“It all comes back to focus, to jump offsides, that’s selfish, you know the snap count and you know the job you have to do, that just can’t happen and again that’s been our achilles heel and like I said earlier, we got to find the right guy that’s gonna do it the way we need to consistently enough and we’re not getting that, we’re not getting consistent play by anybody on that side of the ball. And that’s the problem. So it is my job as a coach to find the ones that can play that consistently enough to get us in the end zone and do the things we need to.”

Asked coach what the issues are when finishing drives, as I keyed on the couple trips in the redzone. Says it's been a lack of focus from the offense with the penalties and the lack of execution on plays. Says coaches need to be better and put the right guys in. #FAU https://t.co/Y638zV0Qnf

The offense had 301 total yards where on the ground, their lead rusher was Johnny Ford with 43 yards. Taggart mentioned post-game that the running backs missed holes in the beginning of the game and how Ford would run towards the outside instead of running inward.

Perry finished the day with 213 yards to go with one touchdown pass and two interceptions. It was another week where Perry seemed to look rattled and uncomfortable as he also faced pressure from the Hilltoppers defensive front.

The Owls’ leading receiver was Je’Quan Burton who caught seven passes for 80 yards, with LaJohntay Wester catching six balls for 47 yards. Tight end John Mitchell hauled in three receptions for 36 yards while also having the only offensive touchdown in the game.

With the offense continuing their struggles, the defense under coordinator Mike Stoops has been one of the bright spots this year. It was a lot to ask for this week against Western Kentucky who going into this game, was the fourth-ranked offense in the country.

Bailey Zappe had another great showing throwing for 470 yards and six touchdowns. Two receivers (Mitchell Tinsley, Jerreth Sterns) went over 100 yards and between them caught 21 passes. While their running game wasn’t present, their air-raid offense doesn’t rely on the ground game anyways.

Even though the FAU defense did muster up some stops and four turnovers, they were challenged heavily all night. The biggest play by them was defensive back Teja Young baiting Bailey Zappe and returning the interception for six points.

There were a couple of times where after the pick-six and Mitchell touchdown, it could’ve been interesting. In the end, the offensive disappointed.

All in all, while it was an unsurprising defeat, it is concerning to see how the problems that have been mentioned since the beginning of the season are still an issue. Taggart talks about the specific areas that the team is going to focus on practice this week to prepare for the final game of the regular season.

“Every area of the offense, every aspect needs to be better as a team. We have to be better with these penalties, it really pissed me off the last couple of weeks that we’ve been playing losing football, it can’t happen.”

Nick Tronti came in the game late as the Owls were down 28 points and when asked if there is a further conversation to be had about the starting quarterback, he said this:

“We’re gonna evaluate the entire staff room up, we want guys to compete the way I want to and we’ll challenge our guys to do it. And I told them I was gonna evaluate it and make sure the last game we’re playing is with the right guys and the guy that’s gonna go all out and do whatever they can to make sure the seniors go out and play, so everybody is on the table when it comes to that. I know N’Kosi [Perry] was beat up there in the third quarter, took some blows to the shoulder, so he’s a little sore and beat up but that’s for everyone.”

When asked about Tronti coming in late and if there is a conversation to be had, Taggart replied that he's going to evaluate the player personnel. Mentioned that Perry's shoulder was banged up. Not a straight answer, but would be surprised if Perry isn't the starter. #FAU https://t.co/eF8gmbovz8

With one guaranteed game left, the goal right now is to send the seniors out the right way and that’s with a bowl game. The Owls we’ll try to get the sixth win to be bowl-eligible as they face Middle Tennessee in Boca Raton next Saturday.