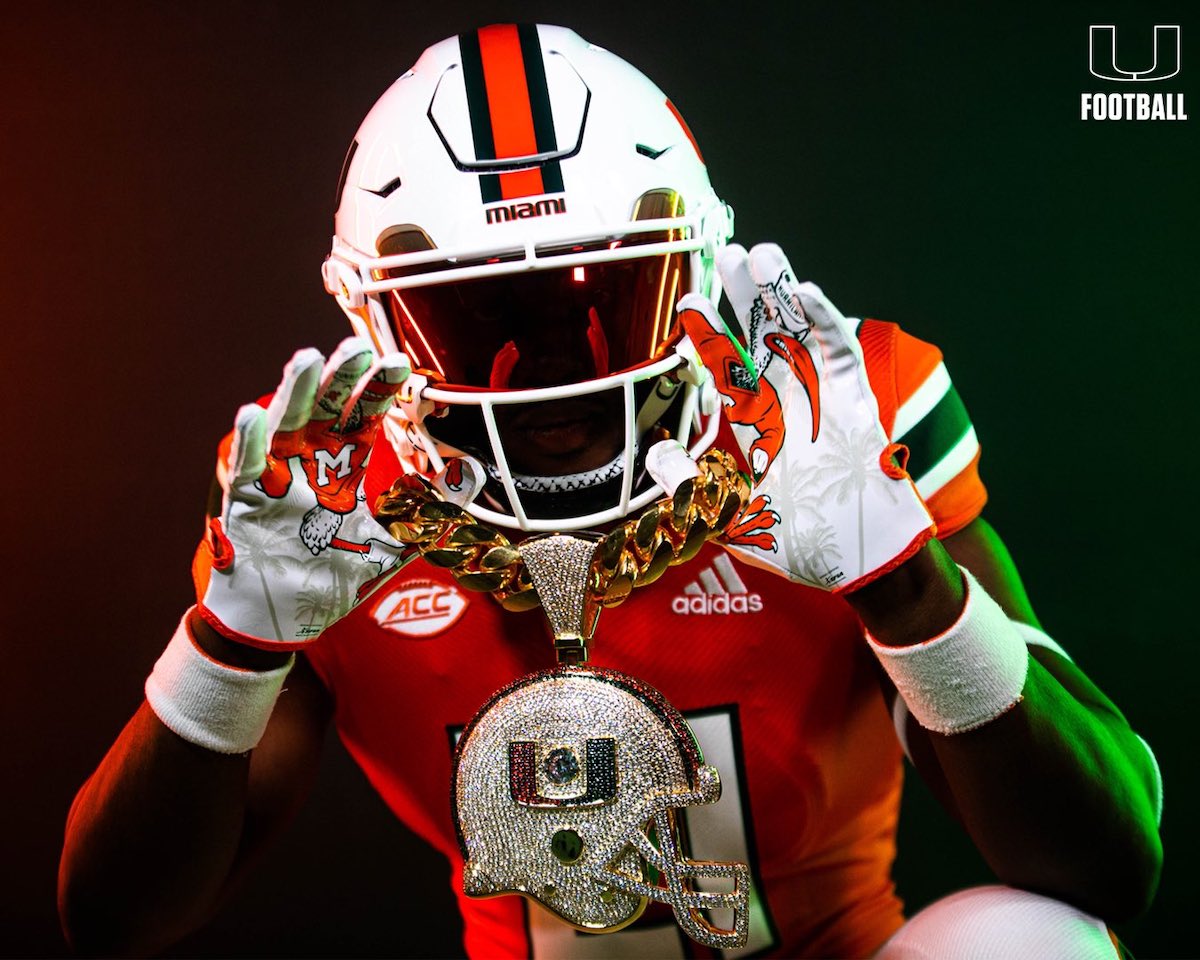 Miami, Florida – The Miami Hurricanes are home for week two as they seek to get their first win of the season versus Appalachian State Saturday night. The home opener at Hard Rock Stadium is seen by many fans as the real start to Miami’s push in claiming the ACC Coastal en route to another bowl game. However, the Mountaineers are far from being pushovers. App State beat a good East Carolina team. They will try to build on that momentum to defeat the Canes that tumbled to No. 22 in the AP Top 25 Poll. The U will be looking to turn the page after their stinging 44-13 loss to Alabama to begin the season.

The boys are eager to get back out on the field to redeem themselves. They will need to if UM intends to remain in the Top 25. The Mountaineers are a well-rounded team capable of producing plenty of offense while being stingy against the run. Luckily, the Hurricanes have several weapons in their arsenal on both sides of the ball. Here’s a look at the players to watch in the second week of the 2021 season.

Eyes ahead. No looking back. pic.twitter.com/KBMlVSPq30

Do over! So D’Eriq King had a forgettable return. It doesn’t matter. It’s a brand new week with some badly needed home cooking in store. Expect King to light up the App State defense with no less than three touchdowns, throwing for over 250 yards. His mobility didn’t show much last week but he should rush for at least 50 yards in this contest. It’s still early in the campaign so we can’t expect perfection when it comes to turnovers. I don’t think it will happen but he might throw ONE pick in the game.

On this week's Breakdown With Manny Diaz presented by @UHealthSports, we take a deeper dive into the film from Saturday in Atlanta.

Similar to others, Cam’Ron Harris is going to get a do-over as well. Once Miami fell behind the running game was understandably ditched. East Carolina was limited to 86 rushing yards but this is The U. Harris should produce and get at least one score against the Mountaineers. He only rushed for 38 yards against Bama but this team is nowhere near the level of the Crimson Tide. The ground game should be fine this weekend.

When the Canes fell behind, Andres Borregales did what he could hitting two field goals and an extra point attempt. Expect him to be more active versus Appalachian State where his strong leg might be needed if for whatever reason the game is close. Borregales has been perfect (thus far) and that should keep on rolling. Not to compare the siblings too much but I want to see if the freshman will be as good or better than his older brother.

The resemblance is wild 🤯 pic.twitter.com/IkYaXCtenY

When Bubba Bolden was sent off in the first quarter due to targeting, Tyrique Stevenson stepped up. The super sophomore transfer led the team in tackles with nine on the day. Spending two seasons in Georgia, this Miami native is a five-star prospect hailing from Miami Southridge High School. He can defend against the run and also put up coverage making Stevenson a rising star within the defense. A very good transfer portal pickup. He’s going to sow havoc this year.

The Canes will see a familiar face. Chase Brice is actually a transfer from Duke. Last year the Hurricanes obliterated the Blue Devils 48-0 as Brice was held to just 94 passing yards. He completed 20 of 25 passes managing to throw no interceptions but he was sacked four times, fumbling once. His quarterback rating was an ugly 28.4 by the end of it. Versus East Carolina, he threw for 259 yards scoring twice with one interception getting sacked once. Miami should be able to handle this senior in a likely repeat from 2020.

Born in the 305 Nate Noel looks to build a strong sophomore year. Although he didn’t rush for 2 TDs like Camerun Peoples (who hit the centennial mark as well) Noel led the team with 126 yards on the ground. Averaging 8.4 yards per carry during the game, the kid is primed to surpass his freshman numbers. In 2020 he recorded 510 rushing yards and three touchdowns. As you can see he’s done a chunk already. Peoples, meanwhile, rushed for 1,124 yards last year. Don’t sleep on these two.

App State QB @chasebrice7 offers his perspective on the opening win against ECU and what’s ahead as the Mountaineers prepare for Miami.#GoApp | #BeatMiami pic.twitter.com/aQj4F1SceW

Since we know the threats on the ground, here’s the man to watch when it comes to the aerial attack. More than capable of being a deep threat Thomas Hennigan caught four passes against East Carolina for a whopping 114 yards with a score. Leading the team in receiving yards last season, Brice actually has at least two good wide receivers (the other being Corey Xavier Sutton who didn’t play in 2020) so the Appalachian offense certainly has some teeth to challenge Miami a bit.

Now to see the other side of the ball. Leading the team in interceptions last year (4) Brendan Harrington got two sacks (first two of his college career) on four tackles in week one. King should be mindful when making throws around this junior. Regarded as a “do-it-all” defender, Harrington can line up anywhere on the field and make his presence known utilizing size and speed. Limit the opportunities and Harrington could have a quiet evening.

They’re home. They’re ready.  And they’re mad. Miami should take care of App State nabbing their first W of the season. It won’t be a rout but a win’s a win. A lot of guys are going to shine Saturday night restoring some faith in the team’s prospects. However, let’s say the Hurricanes somehow choke. Well, they’ll be 0-2 with Michigan State coming to town next. Matching your best-case scenario loss total this early is never good. You can bet the fanbase will be furious and this will fall on coach Manny Diaz’s shoulders.

Can't wait to get back in front of the @HardRockStadium crowd as we take on Appalachian State on Saturday night.

But let’s stay positive. As long as they stay consistent and more importantly healthy they’ve got the ability to make a bowl game. Beyond that, no guarantees. Bring on Saturday!