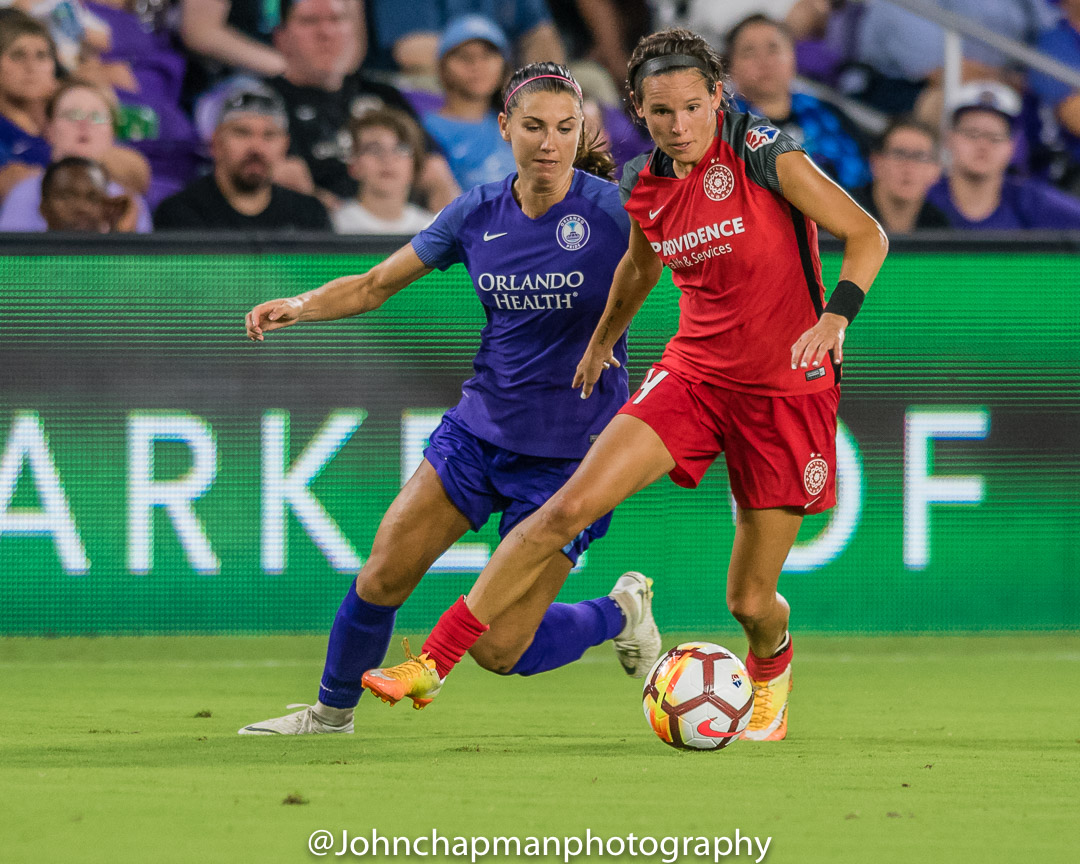 Orlando, FL – After the weekend’s Orlando Pride vs. Portland Thorns FC match, the Pride have now dropped points in six of their last eight matches. Between losses and draws, that adds up to 16 points that would’ve had them at 46 points for the season. Instead, they sit in 4th place with 30 points. For some perspective, the 1st place North Carolina Courage are at 50 points. Still, Orlando are holding down that final playoff spot, only six points behind 2nd place Seattle Reign with only three regular season matches remaining. By the way, Orlando dropped points against both of the aforementioned squads in that eight-game span.

Since the start of last season, Marta has created the most chances of any player in NWSL. Not coincidentally, The Pride has scored 11 of their 29 goals this season in the first 30 minutes of games, the most of any NWSL team. (#OptaFacts), so it’s safe to say they need to strike early to get these wins. Unfortunately for the Pride, they were not able to do so. After a scoreless 1st half, Portland struck 1st in the 47th minute. Lindsey Horan knocked in a loose ball off a corner. Six minutes later, in the 53rd minute, Hayley Raso put the final thorn in Orlando’s side, for the 2-0 win.

The Pride were out-possessed, outshot, and outplayed. Portland controlled the ball for 60% of the match, and took 17 shots, compared to the Pride’s 13. However, Orlando did manage to take more shots on goal (6-3). Be that as it may, Portland goalkeeper, Adrianna Franch was yet another thorn in Orlando’s side. Portland took the 2-0 W, and also overtook the Pride for control of the 3rd playoff spot. Next up, Orlando travel to face the 1st place North Carolina Courage on Saturday, August 18th at 7 p.m. ET. Their regular season home-finale has them welcoming Julie Ertz and the Chicago Red Stars on Saturday, Aug. 25th, at 7:30 p.m. ET.