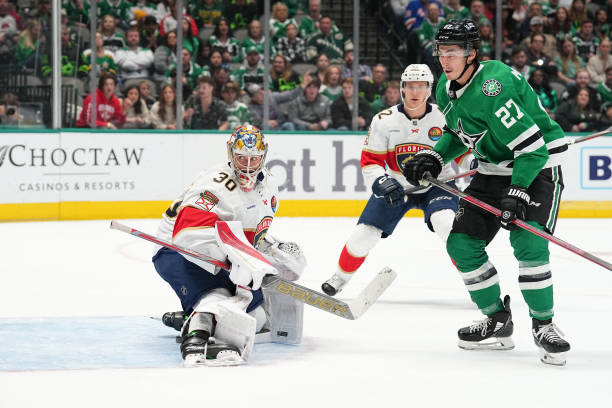 DALLAS, TX - JANUARY 8: Spencer Knight #30 of the Florida Panthers tends goal against the Dallas Stars at the American Airlines Center on January 8, 2023 in Dallas, Texas. (Photo by Glenn James/NHLI via Getty Images)

Looking for their third win in a row, something they have yet to achieve this season, the Florida Panthers traveled to Dallas to take on the Stars and got burned by sloppy play, defensive breakdowns, and a hot goaltender. That sounds like many excuses for losing games you should win, so I’ll save you my rant and break it down.

The puck dropped, and immediately the Dallas Stars had the Panthers pinned in their own zone, not giving them any opportunities to clear the puck. But the Cats weathered the storm and started to tilt the ice back towards the center with some sustained pressure of their own. Sam Bennett had a huge shift early on but was robbed point-blank by Jake Oettinger, who came into this game without a win against the Panthers. Carter Verhaeghe was sprung for a breakaway and drew a penalty to really give the Cats a chance to get ahead with 14:11 left in the first. Both units created chances, but as would be the theme today, they could not solve the Otter. Shortly after the power play expired, Verhaeghe worked in behind the defense and was stoned by Oettinger on three consecutive shots right in front of the net. Then Jason Robertson broke free the other way and buried his own rebound to give the Stars a 1-0 lead. The 27th goal of the season for Robertson, assisted by Joe Pavelski (27) and Ryan Suter (10) at 16:45 in period 1, FLA 0-1 DAL.

Florida had every opportunity to tie the game, as they had some heavy pressure as the period wound down. Ty Dellandrea put it on a tee when he took a Delay of Game – Puck over Glass penalty with 1:23 to go in the period. The Panthers could not score on the carryover power play, which took them into the second period. Dallas took full advantage and tilted the ice almost completely in their favor for the next five minutes, drawing a holding penalty by Josh Mahura and scoring on the ensuing power play. Nils Lundkvist‘s 4th goal of the season, scored on the power play, assisted by Wyatt Johnston (7) and Ryan Suter (11) at 10:03 in period 2, FLA 0-2 DAL.

Nils Lundkvist only scores BEAUTIES against the Panthers 🤩

Hope Is A Dangerous Drug

The Panthers took that goal personally and proceeded to pepper Oettinger with shots, and it would be Carter Verhaeghe who would bring the Cats within one as he spun around to slip a rebound past Otter for Florida’s first, and in the end, last, goal of the game. Carter Verhaeghe’s 19th goal of the season, assisted by Brandon Montour (26) and Matthew Tkachuk (29) at 12:35 in period 2, FLA 1-2 DAL.

The @FlaPanthers get on the board!

And less than a minute later, a completely inexcusable defensive collapse allowed Esa Lindell to get in alone and put the Stars back ahead by two. The 5th of the season for Esa Lindell, assisted by Jamie Benn (22) and Dellandrea (10) at 13:14 in period 2, FLA 1-3 DAL.

The Panthers responded with some heavy pressure in the Dallas zone, but Jake Oettinger stood tall and kept them at arm’s length throughout not only the rest of the period but the remainder of the game. Even with multiple opportunities on the power play, the Cats couldn’t get anything through the suffocating Stars penalty kill and brick wall in net named Jake Oettinger. Jason Robertson would score his second of the game on a breakaway shortly after the Panthers’ first power play of the third period expired. 28th of the season for Robertson, assisted by Colin Miller (8) at 4:21 in period 3, FLA 1-4 DAL. No dice for the Cats on the second power play, and no matter how many shots they sent toward the net, nothing was getting past Otter. In a surprising move, Paul Maurice called Spencer Knight to the bench with about 5 minutes remaining with the hope that the Panthers would be able to bring the game within striking distance. But Miro Heiskanen took advantage of the vacated net to pot Dallas’s fifth goal of the game and rip the hearts out of the Panthers and their fans, who were hoping to finally get a winning streak going. The 7th goal of the season for Heiskanen, scored on an empty net, unassisted, at 15:49 in period 3, FLA 1-5 DAL.

That score would hold as the final horn sounded, handing the Panthers another loss they cannot afford if they want to make the playoffs. Just one season removed from winning the President’s Trophy, the Florida Panthers are in danger of missing the playoffs entirely. What needs to change is anyone’s guess, I’ve got a few ideas, but I’m not in the mood to get myself in trouble.

Noah’s Notes And What’s Next 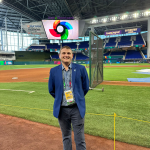 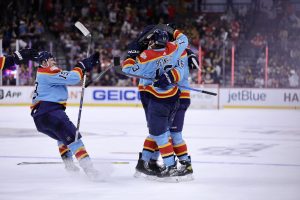 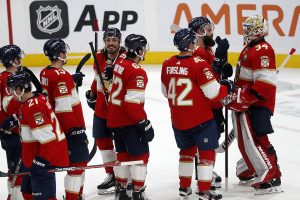 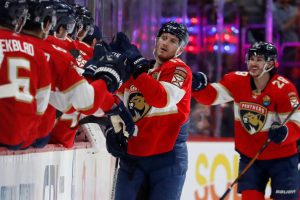