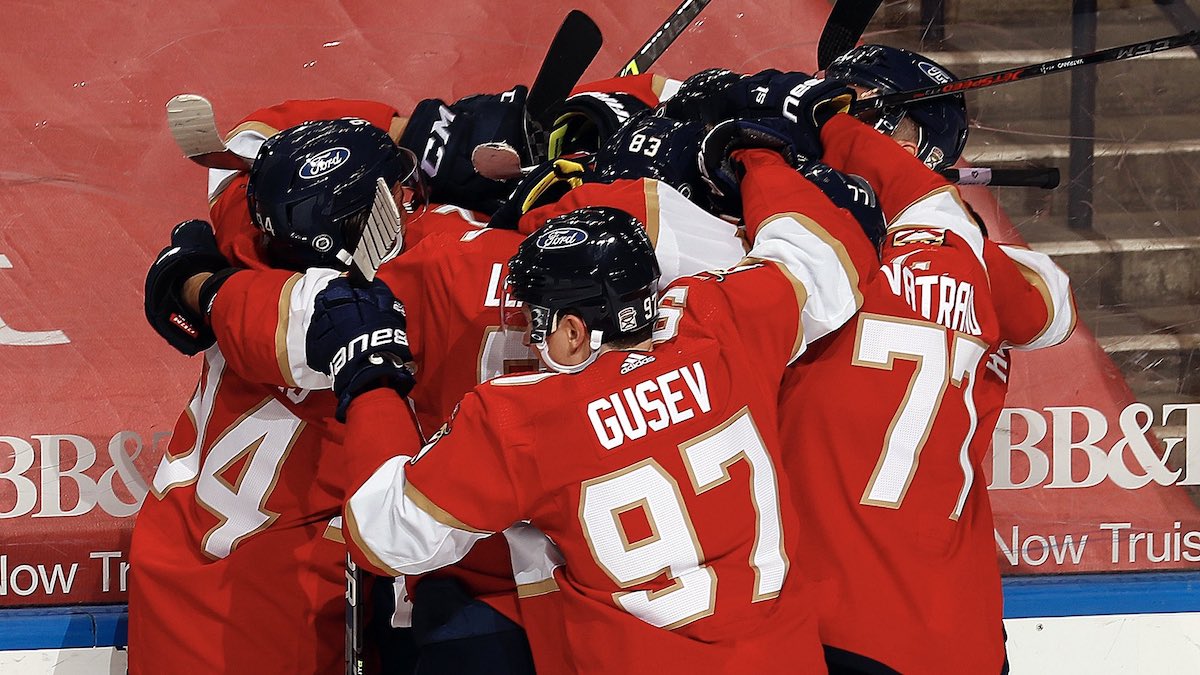 SUNRISE, FL – The Florida Panthers closed out a two-match series with the vaunted Carolina Hurricanes Saturday evening, with a chance to take over first in the Central Division. The first half of the game was all Carolina as the Cardiac Cats could not get out of their own way with a multitude of penalties. Momentum shifted in late in the second period as Florida would thunder back from down 3-1 to win it in overtime 4-3.

It was a nightmare start for the Panthers as Carolina would get on the board first after a deflected puck got past Chris Driedger just four minutes into the game.

Sam Bennett nearly tied the game up with a short-handed goal after getting on the break and nearly sneaking the puck into the back of the net amongst a crowd in front of goal.

The Ice Cats would tie the game up at the death as MacKenzie Weegar smashed home a perfect Johnathan Huberdeau pass with 20 seconds left in the first.

Weegs with a BLAST off a beautiful feed from Huby 🤩 pic.twitter.com/dkJwJGCrPd

Another period and another disastrous start for Florida. Just two minutes in and a harsh goalie interference call was given to Frank Vatrano after he was pushed from behind and mere seconds into the power play kill, Carolina regained the lead at 2-1.

The Ice Cats cranked up the physicality in the second period and it helped change the complexion of the game in favor of Florida as the Panthers frustrated the Hurricanes on offense and saw a major uptick in quality chances on offense. Unfortunately, it did not lead to any goals and Florida would go into the final period trailing.

The Panthers opened the third with a golden opportunity as Patric Hornqvist stole the puck off the keeper and somehow could not finish the open goal wrap-around attempt.

In a continued theme, the Panthers were once again beat early in a period with another uncontested shot from distance finding its way into the back of the net to push the Hurricane lead to 3-1.

But it would be another quick response as a picture-perfect cross-ice pass from Huberdeau was hit home by Gustav Forsling that cut the lead to 3-2 with 14 minutes left to play.

The comeback was on as the reinvigorated Ice Cats tied the game up at 3-3 with a short-handed goal from Alex Wennberg, who was able to poke hope the puck in a scrum in front of the net.

Seconds later, Sam Bennett picked up a loose puck in the neutral zone for a 1v1 opportunity which saw him beat the keeper only to be denied by the crossbar.

The Panthers did not let up in the third but a series of missed calls would rob Florida of multiple chances to find a game-winner, instead, the score remained at 3-3 to force overtime.

The Cardiac Cats completed the comeback win in a flash as Aleksander Barkov worked some magic and weaved his way through the Carolina defense with a five-hole poke through inside of 30 seconds.

WELCOME TO BARKOV COUNTY: A WONDERFUL PLACE TO LIVE! 🔥 pic.twitter.com/vbYzSt0aSS 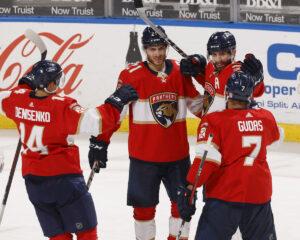 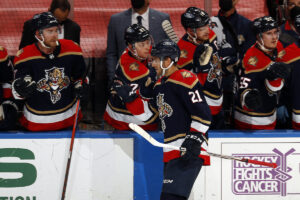 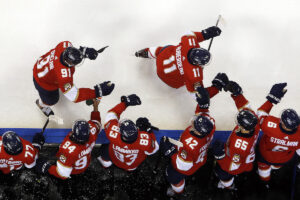