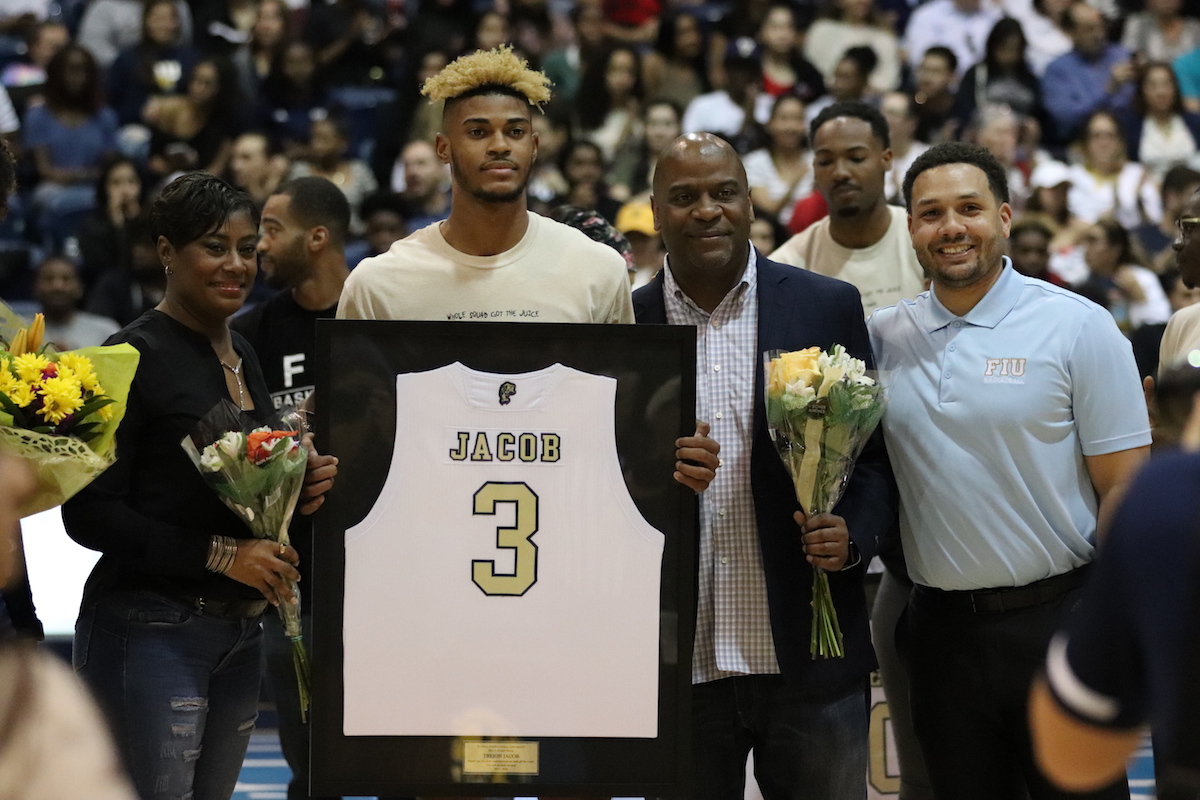 Miami, FL – There’s nothing like a good rivalry, and in South Florida, FIU vs FAU is as heated a rivalry as you’ll get from relaxed folk living in a tropical climate. Let’s face it. One of the more heated topics of debate is “who lives close to the beach?” Both athletic programs are also quite young, and both have had to grow in the shadow of the Miami Hurricanes.

As of late, FIU has done the better job coming out of said shadow, defeating the Canes on both the baseball diamond as well as the gridiron in recent years. However, when it comes to their dreaded rival, the FAU Owls have bested the Panthers in both football and baseball, but split their hardcourt games last season.

Tonight, however, that was not the case, as the Panthers defeated the Owls 69-50 in front of 2,754 excited fans. This is a special FIU Panthers Men’s Basketball team. Their uptempo, penetrating-and-dishing-it-out-to-the-open-shooter style of offense is difficult to defend against. (And so was that last sentence) That’s especially true when these Cats are hitting their 3-pointers.

The 1st half was rough to watch if you’re offensively inclined. FAU shot 9-for-31, including 0-for-11 from three! Ouch… The Panthers weren’t much better, going 12-for-31. The three-shot difference was FIU going 3-for-10 from three, giving them a 32-23, nine-point lead.

That 2nd half though… Straight dominance! FIU turned up the intensity, once again holding the Owls to less than 30 points while themselves scoring 37. On senior night, Devon Andrews led the way for FIU with 15 points. Trejon Jacob was a defensive force with eight rebounds, seven of them defensive, and five steals! Osasumwen Osaghae also had a great game with 13 points and three blocks. The man is a huge reason why FIU leads the nation in blocked shots.

If you missed the game, worry not. The two squads are set to lace them up once again this Saturday, as the FIU vs FAU rivalry travels to Boca to try and make it two in a row for the Panthers.