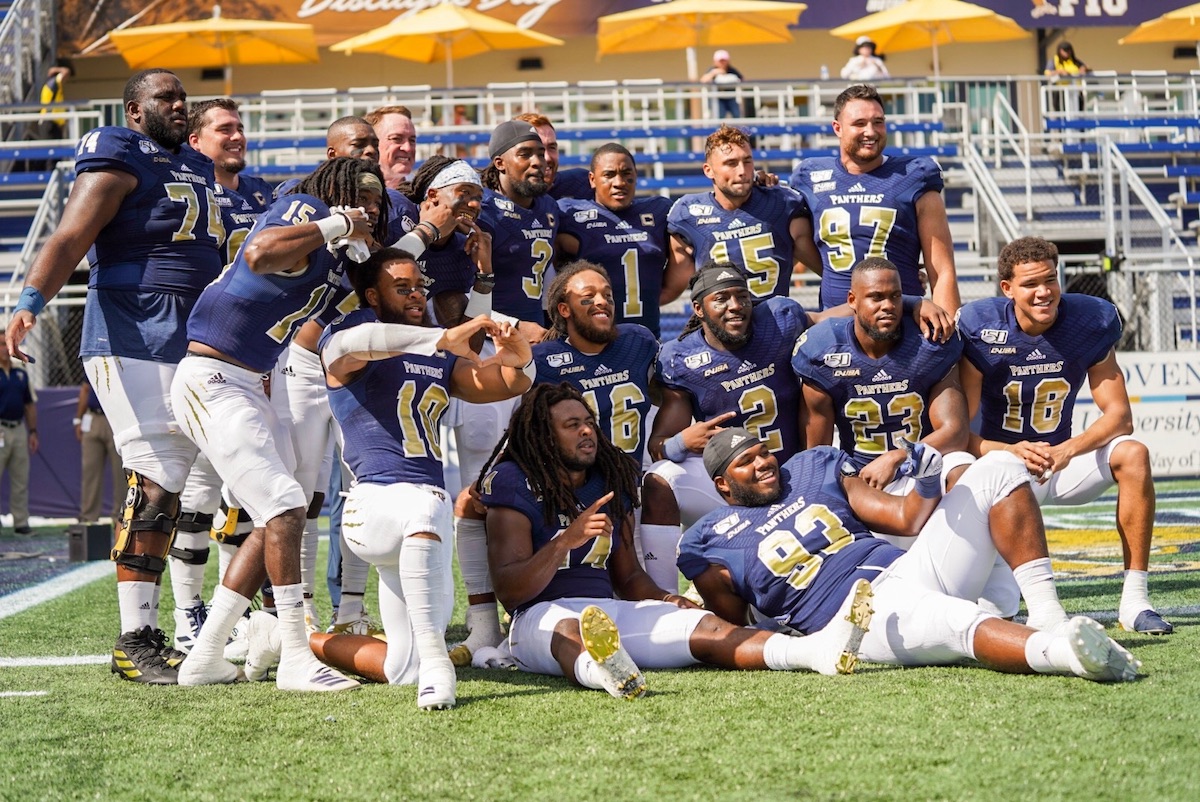 Miami, FL – Coming off an embarrassing 50-17 loss at Middle Tennessee, the FIU Panthers’ struggles followed them back to Miami. Lucky for them, the 1-7 Old Dominion Monarchs let FIU score another win at home, bringing them to within one win of bowl eligibility.

Despite scoring 24 points, today the Panthers hung their hats on the play of the defense. FIU forced the Monarchs to punt seven times. Noah Curtis recovered a forced fumble created by Teair Tart, also adding that three tackles for loss and a sack. He was a menacing force all throughout the game. The fumble recovery led to an FIU go-ahead field goal. In all, the defense notched three sacks, eight tackles for loss, a forced fumble, and an interception to end the game.

The offensive struggles carried over from the Middle Tennessee game. If you remember last week, the Panthers had a 17-14  lead going into the half but were unable to score any points in the 2nd half, eventually losing 50-17. Ouch. Today, FIU fumbled on their opening drive. It was recovered by the Monarchs and returned to the FIU 4-yard line. ODU eventually capitalized on the turnover and scored a touchdown to take the early lead. FIU’s next three drives resulted in three-straight trips to the Monarch’s red zone, and each time FIU was held to a field goal. If it wasn’t for the leg of Jose Borregales, the Panthers wouldn’t have been able to take a 9-7 lead. Their next drive was another field goal attempt, but Borregales wasn’t able to convert the 50-yard kick. The half ended with both squads trading punts.

The second half started with FIU taking another trip to the red zone but were once again held to a field goal attempt that Borregales wasn’t able to convert. The Panthers got the ball back and that’s when they turned it on. On the very 1st play of the drive, James Morgan completed a 54-yard pass to Shemar Thornton on one of the more amazing catches I’ve seen all season. Immediately following that, Napoleon Maxwell broke off a 13-yard run for the Panthers’ 1st touchdown of the game. Following a series of exchanged punts, the Monarchs would score a field goal, but FIU followed that up with another touchdown, increasing their lead to 24-10. This time, the Panthers went 10 plays for 65 yards, culminating with a James Morgan QB sneak into the endzone from the goal line. ODU scored a touchdown after that and got the ball back with just under two minutes remaining in the game to try and get a tie, but FIU’s defense put an end to that with an interception by Olin Cushion III. FIU won 24-17.

The season has fallen short of expectations for FIU, but with a 5-4 record, and three games remaining, the Panthers can still finish with a decent record and a 3rd straight trip to a bowl game.

Today was Senior Day as it was the last home game at The Cage for FIU. Their last actual home game is against the Miami Hurricanes on November 23rd, but that’ll be played at Marlins Park. This year’s senior class is the last that played under former coach Ron Turner, but coach Butch Davis says he still got emotional when he saw them taking place in Senior Day ceremonies. These guys have been a huge part of the program’s turnaround that we’ve seen in the past three seasons since coach Davis came to FIU. They deserve to help FIU score one final bowl game, but to do that they have to do at least one of three things: 1) Beat FAU next week in Boca. 2) Beat the Miami Hurricanes on a “neutral site” in front of a Canes fanbase. 3) Avenge last season’s loss to Marshall in the final week of this season, on the road. But of course, Panthers fans want all three.

Next up, the FIU Panthers travel up I95 to Boca Raton to face the FAU Owls. Today, FAU won at Western Kentucky 35-24 after falling to a 14-0 deficit in the 1st quarter. The win makes them bowl eligible. If the Panthers are to win, they have to stop FAU’s run game. Easier said than done.