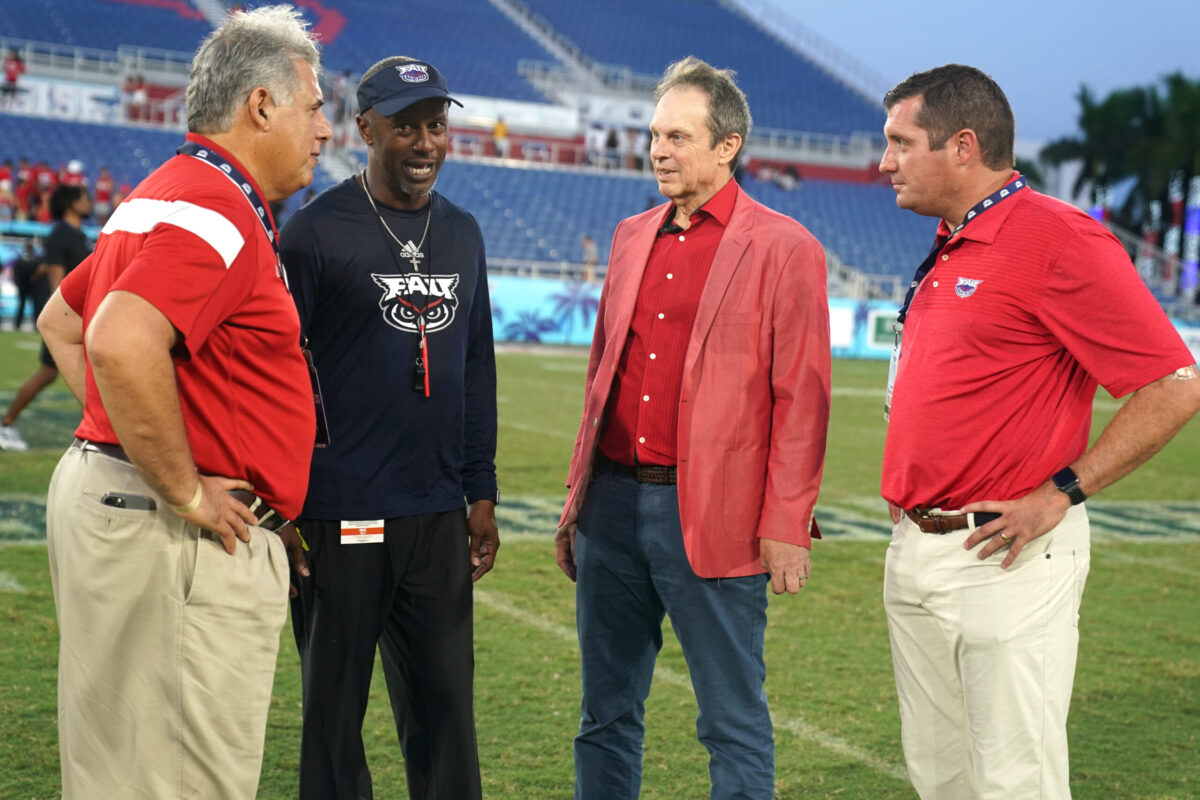 With the speculated talks of the FAU football program moving conferences, that possibility seems much more likely. According to Yahoo Sports’ Pete Thamel, FAU has sent an application to the American Athletic Conference (AAC) to join them. Also reported by Thamel is that the Owls are expected to get in.

The expectation is that they will be accepted and the AAC will grow to a 14-team football league. (Also 14 teams in hoops.)

However, when reached out to a university spokesperson, they couldn’t confirm the report of the university sending an application.

A university spokesperson at #FAU Athletics couldn’t confirm this report.

Who Else is Moving?

As Thamel reports, the other five teams to put in an application are Charlotte, North Texas, UTSA, Rice, and UAB, all from Conference USA. Moreover, with Cincinnati, UCF, and Houston leaving the conference, the plan is for the AAC is to expand to 14 teams with the same happening to basketball.

If done, FAU’s time in CUSA would come to an end, a relationship the two have had since 2013, where the team has won two conference championships under former head coach Lane Kiffin. Before that, the Owls were in the Sun Belt Conference for seven seasons where, under the late, former head coach Howard Schnellenberger, won a title in 2007.

With FAU exiting, it won’t come free as the Owls will have to pay a $3 million fee. Moreover, because Conference USA will be possibly losing six members, they will need money to rebuild.

The Conference USA exit fees for the six schools are expected to be roughly $3 million per school, per sources. That will give Conference USA a nice nest egg to rebuild itself. https://t.co/XcNMmEFE2F

A lot of benefits will come to FAU and the other schools joining the AAC, one of which is getting more exposure. The conference signed a 12-year deal with ESPN in 2019 where “with the new agreement, The American will have a stronger and more extensive presence on ESPN’s primary TV networks – ABC, ESPN, ESPN2, and ESPNU.”

Nothing is set in stone yet, but it’s guaranteed that more news will come out in the near future.

Until then, FAU is focused on winning another conference championship as they’ll try to get back in the win column against the Charlotte 49ers on Thursday in North Carolina.