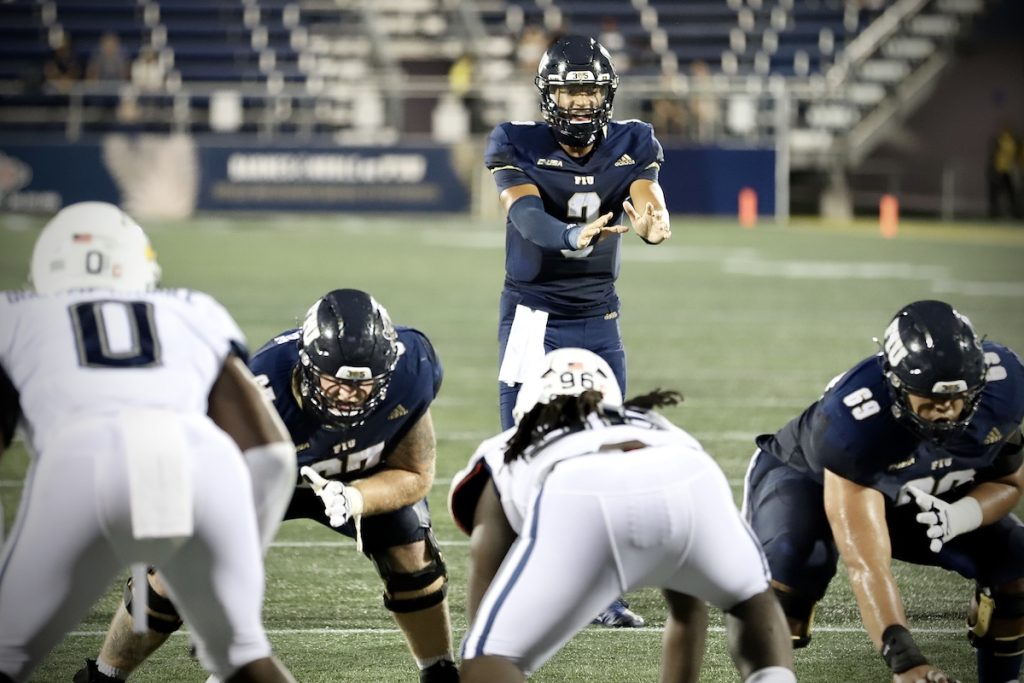 Miami, FL – On a windy day with some mist as well, the FIU Panthers (2-2) dropped a game that should have been a must-win from the beginning. Losing to the Connecticut Huskies 26-12. The Huskies entered this game 2-4, but although the record was two games under .500, it seemed as if the Panthers were the team with the record under .500 with some underwhelming defense and missed opportunities on the offensive end.

The first quarter was all Huskies as they scored two touchdowns and a couple of field goals to give them the early 20-0 lead after two-quarters of action. The Huskies have Victor Rosa and his run game to thank for giving them the first two touchdowns of the game.

After the half, the Panthers responded with a 47-yard touchdown from Lexington Joseph which cut down the lead, to 20-7.

1⃣st rushing TD this season for Flex Joseph & our longest run of the season 💪 pic.twitter.com/SPz1ZGcSlC

UConn immediately responded with a touchdown drive of their own and extended their lead, to 26-7. FIU followed up with another missed opportunity in the red zone, so they had to settle for a field goal. The Huskies lead 26-10.

The theme of the second half can be described in one word: enticing. The Panthers had a couple of attempts in the red zone but were never able to capitalize and had to settle for field goals. On a more positive end, the Panther’s defense showed up in the second half. After giving up a couple of touchdowns in the first half, they held the Huskies to only one touchdown in the second half. The Panthers’ defense also put some points on the board thanks to a bad snap from the Huskies that resulted in a safety.

A house call for @millen_10 to put the game on ice. 🧊#HuskyRevolution pic.twitter.com/aO4Dy3iojp

After four quarters of action the Panthers drop this game 33-12. The Panthers go to 2-3  on the season while the Huskies improve to 3-4 this season.

The Panthers will be back in Miami for their next game against UTSA on October 14th which will be Miami Vice nights. The first 1,000 fans will receive a Miami Vice Nights T-Shirt.