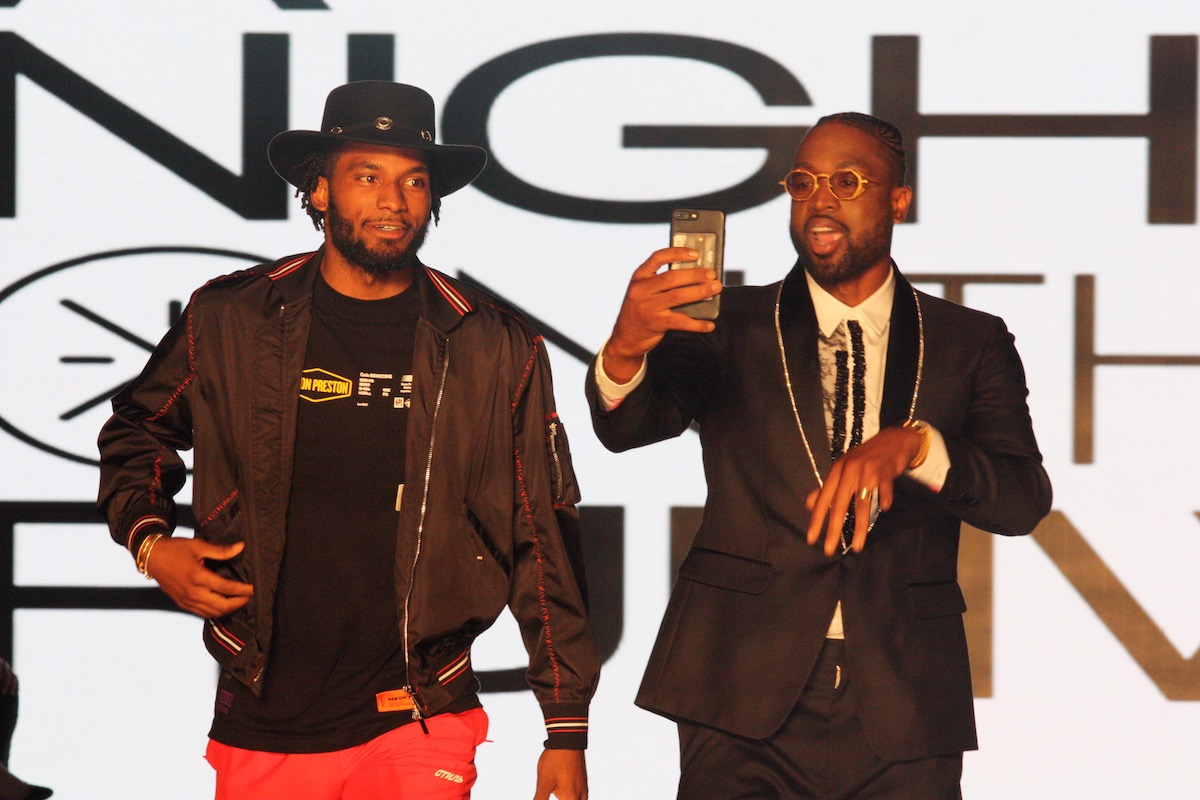 Miami, FL – If you live in Miami, you are very familiar with the random instance of bumping into a celebrity (maybe more than once in a while)—and this past Saturday, A Night on the RunWade did not disappoint! Aventura Mall’s newly renovated and curated food court started to buzz with murmurs and whispers, as the cameras got ready and security became more noticeable. The excitement was all around and the masses were eagerly waiting to get a glimpse at one of the most beloved icons in South Florida: Dwyane Wade.

The 6th Annual ‘A Night on the RunWade,’ is a partnership event with the likes of Carnival Foundation, DSquared2, Level Three, Aventura Mall, and Overtown Youth Center, just to name a few. This was an opportunity to “bring fashion and charity together,” said Wade as he stood on an understated and approachable red carpet. As the cameras clicked away and the other headlining guests arrived, Wade went on to explain his inspiration for A Night on the RunWade; his goal was “to put on a nice event where people dress nice, have great food, drink [up] and give money [back to the community].” Wade was focused on sharing his commitment to the Wade’s World Foundation and this event while standing beside his gorgeous, radiant and talented wife, Gabrielle Union who expressed “It is really nice to see [Dwyane] appreciated.” Alonzo Mourning, a well known Miami philanthropist was also in attendance and carried on the same dedication and inspiration to partner with Dwyane Wade on this event to give back to the community.

The red carpet was followed by a quick elevator ride to Level Three where the Silent Auction was taking place, with VIP guests bid and rivaled amongst each other to get their hands on autographed Miami Heat and Wade memorabilia. You could feel the energy, the fashion and spirit of celebration. The guests were mingling and enjoying delicious bites and signature cocktails from Shake Shack, Tap 42 Craft Kitchen and Bar and Rosetta Bakery. A ticket to the event also included the chance to get up close and personal with celebrity guests such as Pittsburg Steelers’ Ryan Shazier, Andre Branch from the Miami Dolphins and pose for a picture in front of a vibrant backdrop honoring the theme “One Last Dance.”

Saturday night @DwyaneWade and his teammates took to the catwalk for @Carnival Foundation's A Night on the #RunWade! The evening benefited the Wade Family Foundation and the Overtown Youth Center.

The night also included a catwalk line up curated by DSquared2, Giuseppe Zanotti, Bloomingdale’s, 120% Lino, Designer Eyes, and Kids Atelier. The fashion show was broken down into 3 segments and it began with tots and teens rocking fresh threads and kicks, but everyone was more in awe at the confidence and cuteness overload. The following segment wouldn’t be D Wade style if it was not a team effort….a Miami. Heat. Team. Effort! MC Jen Herrera from 6 in the Mix (Local NBC 6) introduced a friendly fashion strut competition between Hassan Whiteside, James Johnson, Bam Adebayo, Josh Richardson, Kelly Olynyk and the one and only Udonis Haslem! (Check out our gallery below!).

To close off the evening, it was time to hand the fashion show back to the pros, the models, who impressed the crowd as they managed to walk down a rainy catwalk (aye Miami weather!) in pointy stilettos and platforms showcasing Spring 2019 styles. Not a flinch was felt! Whew! With all the anxiety at the end of the night, it was a proud moment when Dwyane Wade handed Alonzo Mourning a large $100,000 check, the total funds raised during the event for the Overtown Youth Center!

The lineup of support was very refreshing and approachable, which only reiterated the impact that Dwyane Wade has made and continues to make within his peers and in the 3-0-5! 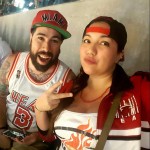 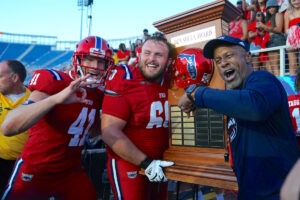 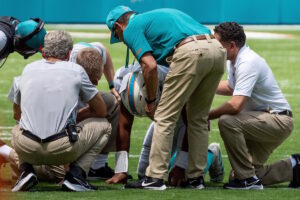 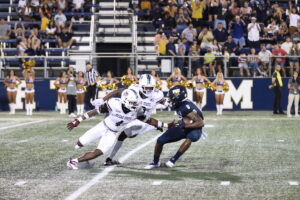