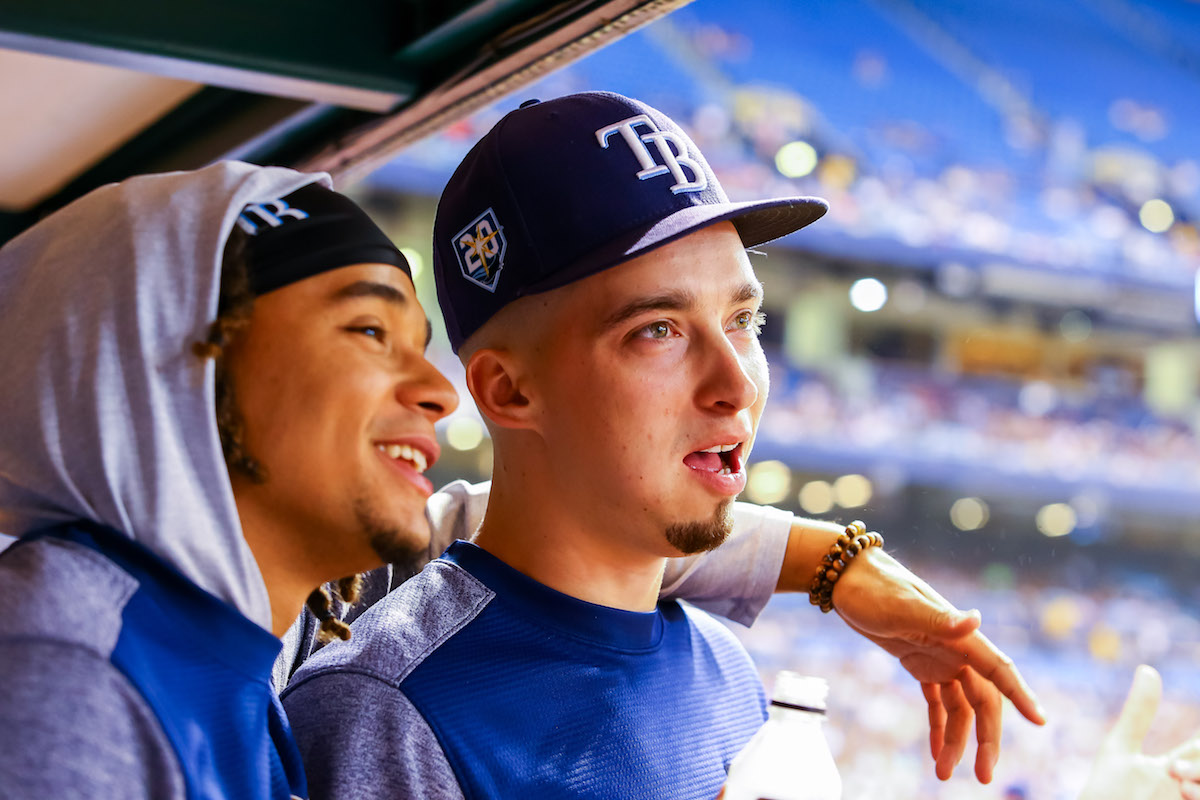 St. Petersburg, FL – I wasn’t satisfied with the results of the Citrus Series vs. the Fish, so I stuck around for Rays vs. New York Yankees, to see if they could bounce back against the Bombers. It was worth the extended stay, as the Rays took the series, and now move to 17-4 at Tropicana Field since June 11th, 29-20 on the season at home. Earlier on Wednesday, the Rays traded starting pitcher Nathan Eovaldi to Boston, in exchange for left-handed prospect Jalen Beeks. Thank you Nathan for your time and best of luck up in Boston.

We have traded RH Nathan Eovaldi to Boston in exchange for LH Jalen Beeks.

The Rays took the opener of the three-game set by a score of 7-6, a game that saw seven different pitchers used, along with the seven runs scored against the Yankees ace. Add in some ninth-inning drama and we had quite the ball game.

“I think the story of the game is that we scored seven runs on a Luis Severino start,” Rays manager Kevin Cash said. “When you do that, you should win.”

Rays rookie first baseman, Jake Bauers had himself a night. Packing the stat sheet to the tune of 2 for 4, with a homer, a double, and 3 RBIs. He also scored from second base on a passed ball that kicked off catcher, Gary Sanchez’s leg and scooted into foul territory on the third-base side. The lack of hustle earned Sanchez an #SCNotTop10 nomination. Not the best of nights for Sanchez.

One Yankees catcher won their “Heart and Hustle” Award and it wasn’t Gary Sanchez. pic.twitter.com/9LR7qg1WEH

Game two saw a vintage performance from Yankees starter Masahiro Tanaka. He was absolutely electric on the night, posting a season high nine strikeouts to go with his three-hit shutout. #BULLY. Tanaka is undefeated in his past 12 starts, going 6-0 since April 23rd. The start also continued Tanaka’s dominance on the road, where he is 6-0 in 11 starts this season. The Yanks plated a run in the first and never looked back. Taking the win, 4-0.

In the finale, we were treated to some more of Kevin Cash’s unique approach to managing. Replacement “starter” Ryne Stanek, who was filling in for the traded Eovaldi, pitched the first inning and struck out two. Jaime Schultz came on to pitch the next two innings. Then, bullpen in reverse took over. Diego Castillo, Jose Alvarado and Sergio Romo combined to allow just one run while covering the next four innings, leading up to an interesting ninth, which saw Romo start the inning at third base, while Jonny Venters pitched to one batter before Romo returned to get the final two outs, and the save. Rays won 3-2.

“Just to be able to say I played third base in the big league, it’s in the books,” Romo said. “It was a fun game. Very, very fun game.”

Wow a third baseman got the save that’s wild. pic.twitter.com/M9iZyexoXf

New York has lost just two series since May, and both are against the Rays. Tampa Bay swept three games in late June, took two of three this week, and has won six of its last seven against the Yankees.

The Bombers entered the series with a Major League-leading 162 home runs. New York did not homer in the three-game series.