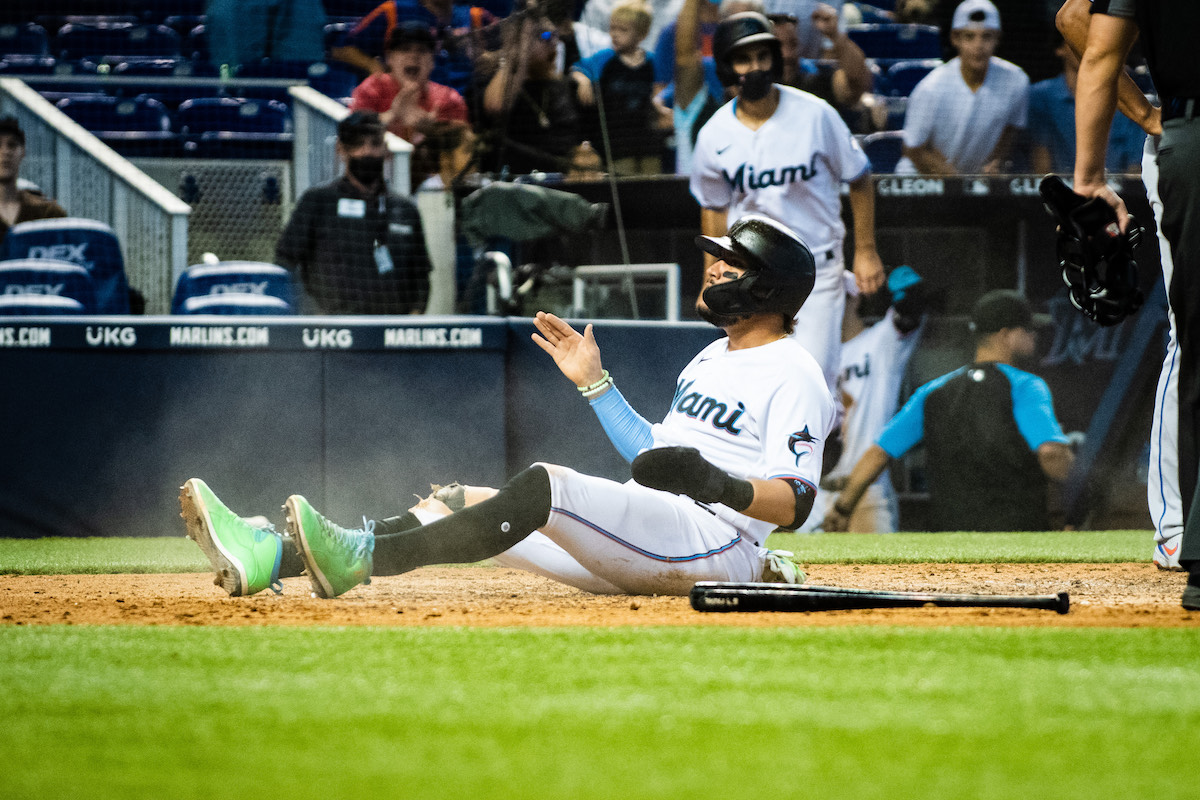 Miami, Florida –Thanks to Braxton Garrett and some late-inning heroics the Miami Marlins defeated the New York Mets 4-2 taking three of four. The team ended their seven-game homestand on a positive note grabbing much-needed wins. Despite struggling out of the gates, Garrett proceeded to toss five shutout innings. Over at the plate, Jorge Alfaro and Lewis Brinson contributed towards a big three-run eighth allowing Anthony Bender to collect his second save of the year.

It was a sought-after series victory for the Fish in the wake of getting swept by the New York Yankees. Defensive miscues were a theme in this one. Over the span of four games, eight errors were committed. Five of those by the Marlins. Regardless, they went 3-4 on the homestand. Improving to 47-62 it appears the guys are embracing their role as spoilers.

The left-hander got out of an early pickle in the first, retiring three straight hitters to escape the bases-loaded jam. The southpaw fanned J.D. Davis and Javier Báez for back-to-back strikeouts before getting Micahel Conforto to pop towards center field. Garrett made an excellent recovery pitching around two singles and a walk in between.

Miami threatened to score in the home half of the second but stranded runners at the corners. Brian Anderson was hit by a pitch, making it all the way to third on Bryan De La Cruz’s base hit. Magneuris Sierra grounded out to first ending the inning. Sierra would go hitless.

.@j_chisholm3's 3️⃣6️⃣th RBI of the season gives the @Marlins the lead!

The Marlins took the lead in the third. Miguel Rojas hit a single to right as Conforto literally booted it across into centerfield trying to scoop up the ball on the run. Rojas took advantage advancing to second base on the funny fielding error. Miggy Ro then swiped third for his 10th stolen base of the year, scoring on Jazz Chisholm’s sacrifice fly.

Garrett ran into more trouble in the fifth. After quickly getting the first two outs, the lefty gave up a single followed by a walk. With Báez waiting at the dish Miami called for a meeting on the mound. It took the lefty eight pitches getting it done by fanning El Mago with a nasty slider to turn away the Mets once more.

New York worked some two-out magic in the sixth to tie it 1-1. David Hess came in retiring the first two batters only to give up a double to Albert Almora Jr.

The 28-year-old walked Brandon Nimmo before Jonathan Villar came through with an RBI single. He just couldn’t keep it together issuing another walk to end his outing. This led to the appearance of a face we have not seen in quite some time. Paul Campbell was called in to stop the threat. If you remember, Campbell has been out serving an 80 game suspension due to testing positive for PEDs. With the bases juiced (see what I did there) this was one heck of a welcome back. Campbell took the high leverage situation in stride, getting Dominic Smith to fly out to left.

Thrilling play at the plate alert! 🚨

The bats finally woke up.

Courtesy of both Alfaro and Brinson, Miami retook the lead in the eighth inning. The 3 and 4 hitters of the lineup went into clutch mode getting their first hits of the afternoon with runners aboard giving Bender the cushion needed to secure the save.

It didn’t come easy either. New York loaded ’em up and converted on a Brandon Drury RBI single to make it 4-2. Bender held the line slamming the door shut via a groundout.

Never a dull moment with this bullpen.

Garrett weaved in and out of trouble in what was a relatively good outing. The walks were troublesome but the 2016 former first-rounder dealt with it like any other quality pitcher. I just wish they gave the guy some run support. Miami’s hitting finally gained serious traction in the back end after struggling to manufacture runs. Better late than never right?

It was really nice to see Alfaro and Brinson contributing. Batting .224 and .236 respectively their output has been very limited. Heading into Monday, I figured the best the team could hope for was a split. Fans got way more than that. The highlight of this series has to be Jesús Luzardo’s debut. The Parkland native came in and gave an encouraging performance helping to snap a four-game losing streak. The offense wasn’t bad either scoring 18 runs against the Mets during the series. Not bad at all.

Getting swept by the Bronx Bombers definitely sucked. However, knocking down the division-leading Mets a peg makes up for it.

The Marlins were 2-for-6 with RISP 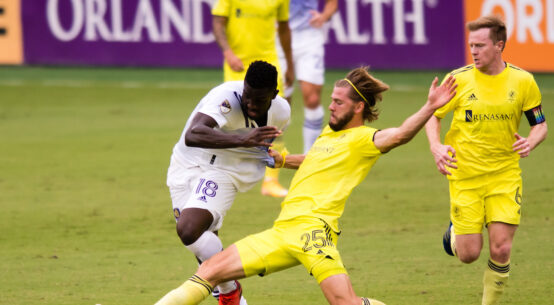 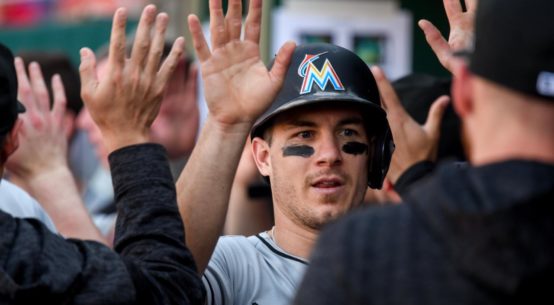