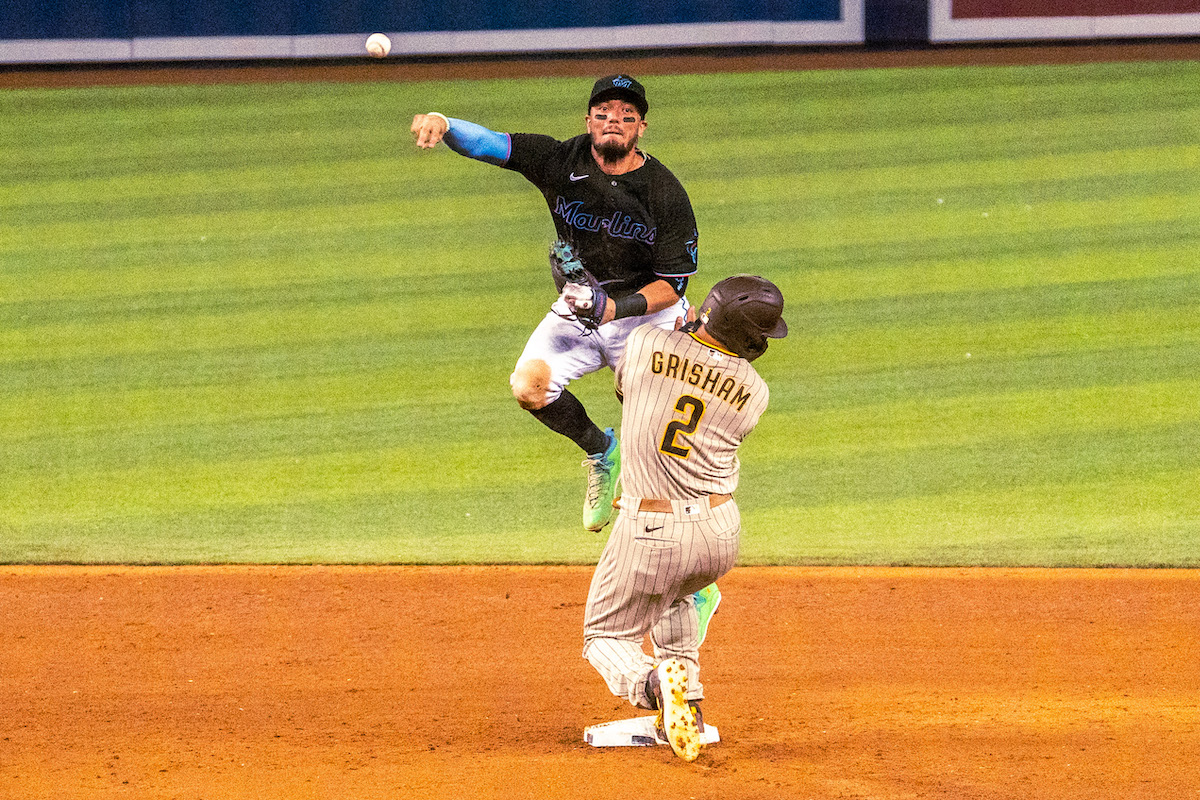 Miami, Florida – Jesús Aguilar provided plenty of arepa power, helping the Miami Marlins edge out the San Diego Padres 3-2 on Colombian Heritage Night. Despite giving up a pair of longballs, Braxton Garrett had a very effective outing striking out 10 batters through seven innings of work.

The southpaw mitigated the damage holding the Padres to four hits, a feat continued by the bullpen. Garrett is the fourth Marlins pitcher with 10 strikeouts in a game this season.

The contest turned out to be more exciting than first thought. Instead of some predetermined blowout or a trainwreck in the making, the Marlins limited opposing hitting from the mound while producing timely offense at the plate. It made for a very refreshing victory, one of the few positives of the second half thus far.

Speaking of, Brian Anderson is back in the lineup after spending two months on IL. He last played on May 24th versus the Phillies. His last hit was the day before versus the Mets. Defensively he made a couple of good plays shaking off that rust in a very welcomed return.

Fernando Tatis Jr. is the 2nd player in Padres history with 30 HR before the end of July. Greg Vaughn had 38 in 1998.

Fernando Tatis Jr. opened up the scoring, obliterating the ball to left-center field for his 30th home run of the season. Ryan Weathers helped the cause with his first career dinger putting the Padres up 2-0 in the third. He’s the starting pitcher, by the way. Garrett, meanwhile, recorded the team’s first hit that same inning to end any threat of a no-no.

The Marlins struggled to put runs on the board until the halfway point. The fans didn’t care too much about that, however. In many instances, they were by and large cheering on the visitors. Can you blame them? Miami is off to a 3-7 start in the second half standing at 42-57. In spite of the dismal season, fans inside the stadium remained upbeat throughout the evening thanks in part to the Pachanga Band and a very entertaining game.

Ryan Weathers, the pitcher, just homered off Braxton Garrett.#Marlins are down 2-0 to the Padres and have given up four home runs to pitchers this season.

In the fifth Miguel Rojas got on base with a single, stealing his eighth bag of the season to get into scoring position. Pouncing on a passed ball, Miggy Ro crept closer to third. Rojas successfully crossed home plate when Aguilar grounded over to Manny Machado who unexpectedly committed a throwing error. It was his eighth error of the year, allowing the unearned run.

Things got really interesting after the seventh-inning stretch.

Aguilar came through for the Fish, hitting a two-RBI single to give Miami the 3-2 lead (and the win), effectively shifting the momentum in their favor. In case anybody missed it, Starling Marte made a terrific catch in the eighth, robbing Eric Hosmer of at least a double. With the trade deadline looming, I’m really going to miss his presence. Marte has been an outstanding player both at the plate and on the field. Whoever nabs this guy is adding a tremendous piece, someone that can put a team over the top for a postseason run. A deep one.

The countdown has begun

I’m essentially savoring these games. The upcoming week is going to be an insane one as teams make moves buying and selling before the trade deadline. Word is the organization is looking to make a big move. As sellers, they will likely target a return that gets them a bat or even a catcher fulfilling a long-standing need in the form of prospects.

With Marte being moved seen as a sure thing, the real question is who else is getting shipped out? Players under team control are less likely to be traded but depending on the offer we could see some sort of blockbuster trade. Adam Duvall, Aguilar, Rojas, and Garrett Cooper are some of the names being tossed around. We’ll just have to wait and see. 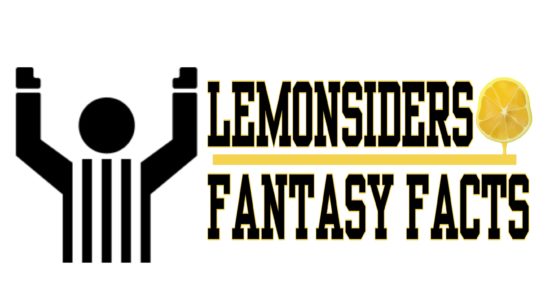 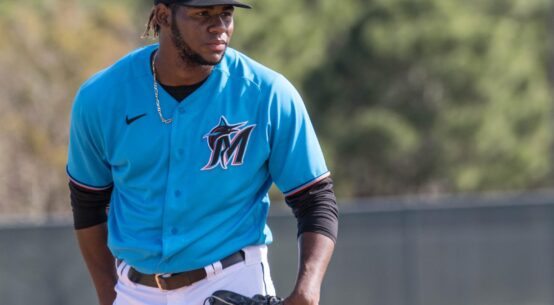