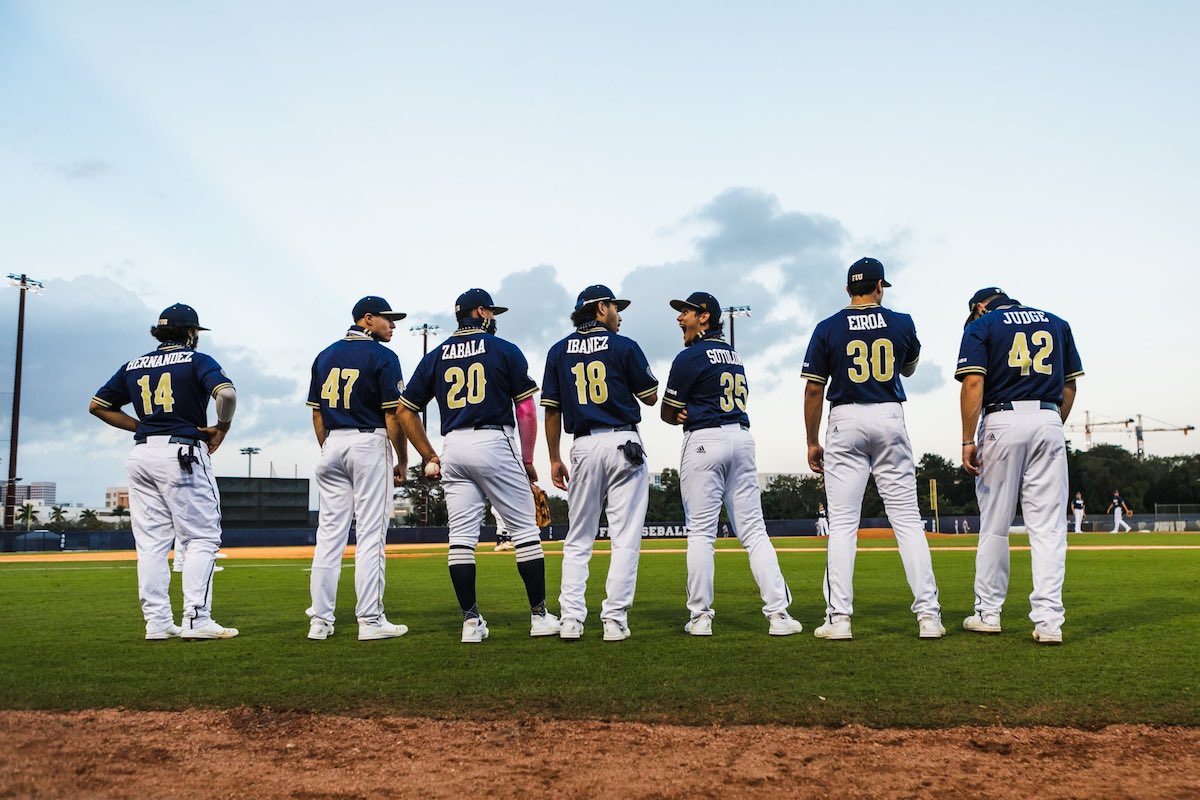 Miami, Florida – After a 25-minute rain delay, the FIU Panthers doused the UIC Flames 9-4 to begin the 2021 baseball season on the right foot. Tyler Myrick had a solid outing tossing six innings, giving up only two runs on just as many hits. The righty kept the visitors under control fanning seven.

The Panthers pounced quickly, scoring eight runs on their first trip to the dish. Flames starter Tanner Shears struggled from the get-go, walking four straight batters to give FIU the early lead. After Juan Teixeira hit a sacrifice fly to make it 2-0, Shears served up another walk abruptly ending his night. Fred Gosbeth came in for relief but Adrian Figueroa ripped a liner towards center, driving in two runs.

Turns out the boys were only getting warmed up.

Dante Girardi got in on the fun with his own RBI single followed shortly by Ben Rozenblum to cap off the inning with a hit to right field, bringing home two more. Eight runs on four hits to open the year? Check.

The Flames got on the board in the third with a two-run blast by leadoff man Thomas Smart, Myrick’s only blemish of the evening. Teixeira made an excellent diving catch in the fourth flashing his glove for FIU, ending the inning. In the fifth, he hit a single to left field trying to extend his way towards second only to be thrown out, but not before Rozenblum crossed the plate to make it 9-2.

Matt Bottcher tripled in the eighth to make it a six-run game with another UIC dinger in the ninth but relievers Angel Tiburcio and Richie Pena made sure the Flames’ offense remained flashes in the pan.

Oh yeah, it’s back! Juan Teixeira claims the first of 2021 for his performance on the field and at the plate. He went 2-for-4 with 2 RBIs.

This one makes a return too and someone has to get it. Justin Farmer gets the dubious honor, going hitless on the night despite drawing that bases-loaded walk in the first inning.