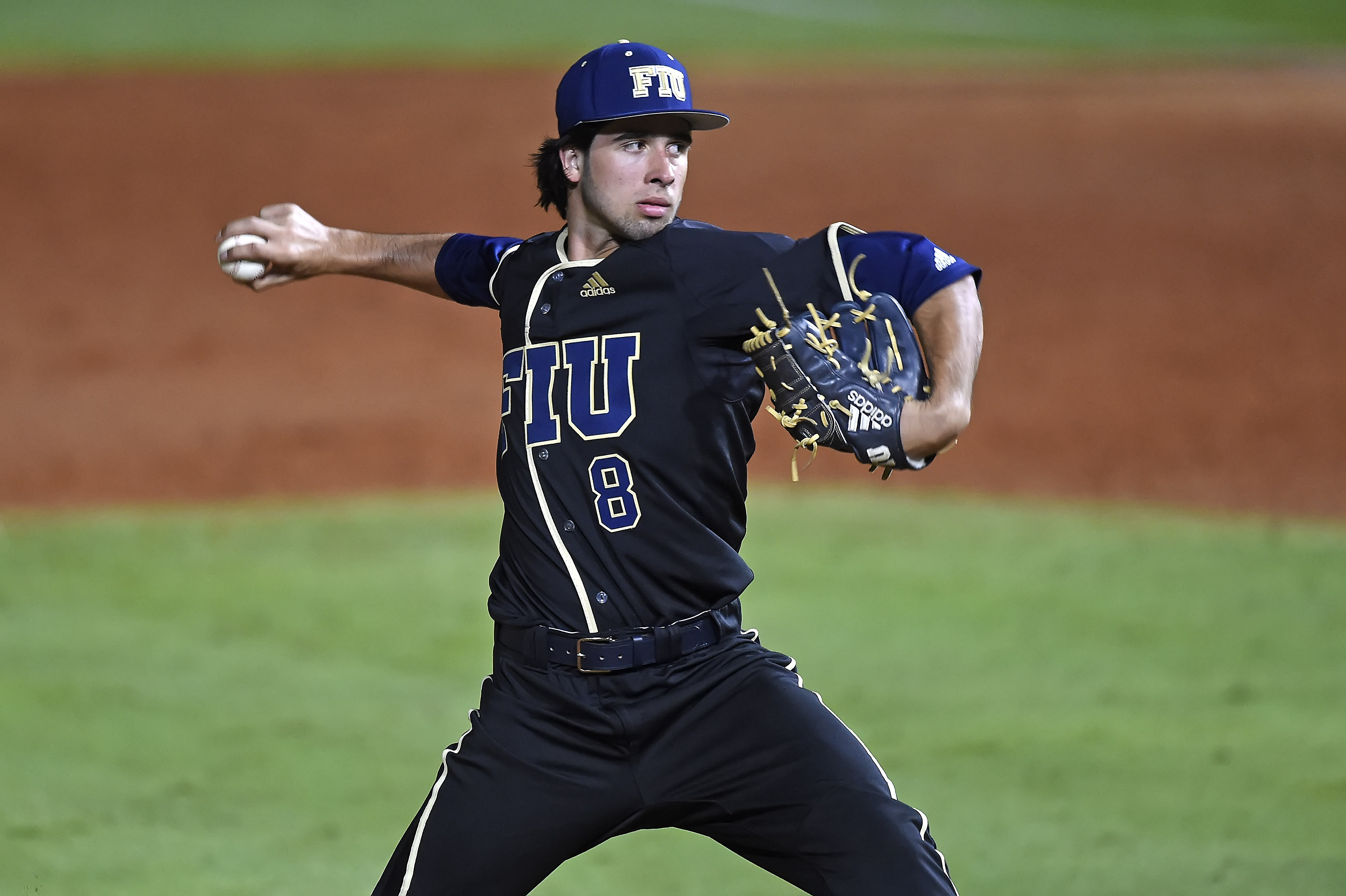 Miami, FL – If the FIU Panthers were hoping for some home cooking after a dismal 4-game road trip, they were sorely mistaken as the Florida Gulf Coast University Eagles swooped in, winning 13-6 Tuesday night. Christian Santana (1-1 2.63 ERA) toed the rubber for the blue and gold while Bryan Wilcox (1-1 8.68) went in for FGCU.

The Eagles struck early and often, taking advantage of the walks and defensive miscues, slingshotting themselves into a 5-0 lead after two frames. They did this on just two hits and it was only the beginning. Santana never made it past the second inning, giving up five walks. The defense didn’t do him any favors either as two errors were committed, including a misplayed fly ball by Juan Teixeira at center, resulting in an RBI double.

Daniel Brown didn’t fare much better after becoming the victim of a two-run shot by Eagles junior Eric Gonzalez, putting the Panthers in a deep 7-0 hole. The bullpen had its hands full all night, sending as many as four relievers before the midway point of the game. Each of the first four gave up 2 earned runs (Jose Machado and Jan Figueroa included) with the exception of Cody Cortelli, who forced the Eagles into a 3 up 3 down fifth, the first time FGCU went scoreless in an inning.

By the bottom of the fourth, FIU was staring at an 11-0 deficit.

The team didn’t give up as big man Austin Shenton logged the squads first hit of the game to start off the inning. Lorenzo Hampton, Jose Garcia, and Adan Fernandez showed great plate discipline drawing three straight walks to bring Shenton home for FIU’s first run. Wilcox’s night was abruptly over. Sebastian Gruszecki took over for the visitors as Logan Allen looped a sac fly to center, scoring Hampton from third. The Panthers would sneak in one more run with an attempted double steal.

The team continued to show life with Teixeira redeeming himself, belting his third homer of the year, a solo shot to left to put the team to within seven.

FIU continued to show stubborn persistence with their best chance to close the gap just after the seventh inning stretch. Lorenzo stepped up to the plate with the bases loaded. Despite a wild pitch scoring the runner at third, Lorenzo went down on strikes ending the potential rally. The team was still down seven runs.

The gap was just too wide as they were unable to overcome their earlier mistakes, falling to 10-12 on the season.

FIU travels to Deland for another mid-week game against Stetson before returning home to host Old Dominion March 23-25.

Despite a loss to FGCU, @FIUBaseball now looks toward Stetson on the road tomorrow and ODU this weekend.

Juan Teixeira finished the night going 2-for-3 with 2 runs and a HR.

Mike Harkcom ended the evening 2-for-4 with an RBI.

The Panthers have struggled as of late, losing five of their last six games.

Last season FIU swept a two-game series from FGCU. The Panthers won 12-5 in Fort Myers followed by a 7-0 shutout in Miami.

FGCU leads the all-time series with FIU, 8-7. Their second and last meeting of the season will be in May at Fort Myers.

Jose Garcia leads the team in home runs with eight.

Stat of the Game: The FIU pitching staff issued a hair pulling 11 walks in the game.