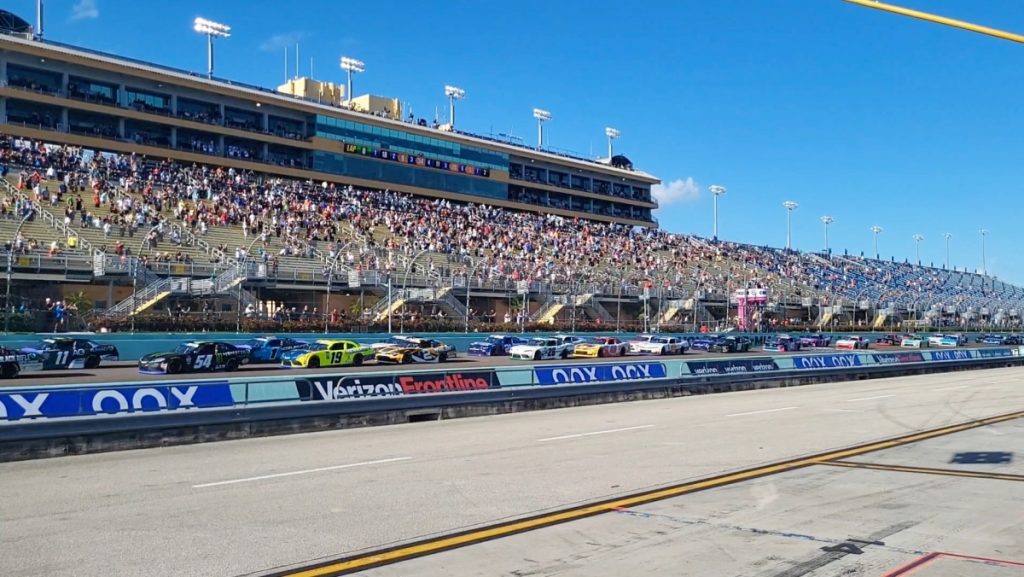 Homestead, FL – Once a year, NASCAR heads to South Florida as the Homestead-Miami Speedway plays host to three races that will help determine the NASCAR playoff standings as the season winds down.

With the smell of burnt rubber in the air and the sound of 600+ horsepower V8 engines a common formality, here’s what you need to know in preparation for the Dixie Vodka 400 on Sunday, October 22nd at 2:30 PM.

Homestead-Miami Speedway has been a common track in the NASCAR schedule for almost three decades. The 1.5-mile oval circuit was opened up in 1995 as an effort to help Homestead rebound following the devastating effects of Hurricane Andrew on the city. Since its grand opening, it has been a staple track for all three NASCAR Racing Series and has also hosted IndyCar, the Grand Prix of Miami, and FIA races in the past.

What really gave the track its identity was hosting NASCAR championship races since 2002. The track has seen drivers such as Tony Stewart, Matt Kenseth, Kyle Busch, and Jimmie Johnson (Who won seven titles!) hold up the championship trophy.

Starting in 2019, however, the NASCAR Championship race now cycles between different tracks every year. This season, the final race will be held in Phoenix, Arizona.

Since 2019, the Homestead race has remained on the schedule, but has had different dates every year. In 2020, the race was supposed to be held in March but was postponed to June due to the COVID-19 pandemic. In 2021, the race was held in February.

Homestead-Miami Speedway unveiled a new logo back in August, complete with Miami Vice colors and the classic palm tree.

Now, the Dixie Vodka 400 (Formerly known as the Ford EcoBoost 400) will be a playoff race in October. It’ll decide who enters the Championship 4, which are the four drivers who will compete for the NASCAR championship in the final race at Phoenix. Homestead is currently scheduled to reprise the role next season.

The first race of the NASCAR weekend was the Baptist Health 200, which began at 1PM on Saturday, October 22nd.

In what was a relatively calm race, Majeski began in 18th place, with Ryan Preece winning the pole position on Friday.

Checkered flag! @TyMajeski wins the Baptist Health 200 at @HomesteadMiami and is LOCKED into the Championship 4!

Race #1 is in the books. Race #2, the Contender Boats 250, is fast approaching! pic.twitter.com/JCqjlN9tLW

Some notable drivers who were eliminated from championship contention include John Hunter Nemecheck, who slammed into the wall twice during Stage 1 of the race, and had a flat tire on lap 14. In addition, Grant Enfinger experienced a flat tire on Lap 80 and finished the race one lap down.

There were no major crashes to speak of. Majeski ended up leading 65 laps and had the fastest recorded speed in the race, reaching 148 miles per hour.

“It’s a new race. We certainly have momentum, winning two of the last three races. I’ve been clicking really well in the back half of this season,” said Majeski. “I can’t really say who the favorite is and who isn’t. Regardless, I really like my chances at Phoenix.”

The final race of the Camping World Truck Series, the Lucas Oil 150, is set for Friday, November 4th at 10PM at Phoenix Raceway.

The second race of the Homestead-Miami weekend was the Contender Boats 300, with Noah Gragson being the winner. It’s the second-to-last race in the Round of 8 playoffs for the NASCAR Xfinity Series.

Gragson nabs his eighth win of the season and punches a ticket into the Championship 4 in the process. It was a dominant performance on his part, leading 127 of the 200 laps in the race.

Also in the Championship 4 is Josh Berry. While he finished in 11th place, he clinched a spot last week with a victory in Las Vegas. Despite willing the pole position yesterday, Trevor Bayne finished the race in sixth place.

A pair of cautions plagued the race in the first stage, one of which happening only three laps in. Gragson and his team decided to take a crucial pit stop in the final stage, stocking up on fuel and a fresh set of tires which drove him to the checkered flag.

“Coming in to the weekend, I really wanted to win this one more than any race in my entire career,” said Gragson. “A championship is the pinnacle of everything, but I think a dominant season is right up there with it in this day and age. I wish the championship race was still here.”

The NASCAR Xfinity Series will travel to Martinsville Speedway for the Dead on Tools 250 on Saturday, October 29th at 3PM.

Setting the Scene for Sunday

A lot is on the line on Sunday, as three drivers are competing to earn a spot in the NASCAR Cup Series Championship 4. Joey Logano, a former NASCAR champion and driver of the #22 Ford Mustang, has already earned a spot thanks to his victory last week in Las Vegas. Sunday’s race at Homestead, along with next week’s race at Martinsville, will determine the final three spots.

As it currently stands, Ross Chastain, Chase Elliott, and Denny Hamlin are right behind Logano in points. William Byron, Chase Briscoe, Ryan Blaney, and Christopher Bell are on the bubble and will need solid results in the next two races to earn a spot.

Byron, who won the Dixie Vodka 400 last year, secured the pole position for the race on Saturday morning. Byron recorded a lap time of 32.454 and reached a top speed of 166.3 miles per hour.

The driver of the #24 Chevrolet Camaro hopes that his past experience at Homestead will help him with a potential repeat.

“I think it’s good to be in the position we are, and I try not to stress out and approach it the same and drive as hard as I can,” said Byron. “The easiest way to do it would be to win, but that’s what we try to do all the time.”

One driver that won’t be participating in Sunday’s race is Bubba Wallace. The 23XL team member and driver of the #23 Toyota Camry has been suspended following his actions last week at Las Vegas, in which he intentionally crashed into Kyle Larson and proceeded to fight him right after.

Fans can tune in to all the action on TV tomorrow on NBC. Following the race at Homestead, the NASCAR Cup Series will head to Martinsville Speedway for the Xfinity 500 on Sunday, October 30th at 2PM.

Ayyy thanks for the photo, @DaleJr! pic.twitter.com/2gBS2qDTlM 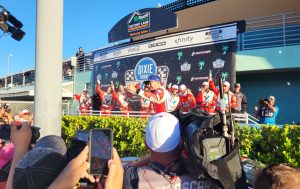 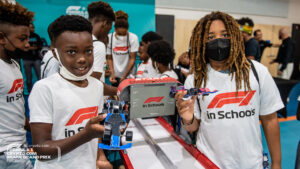 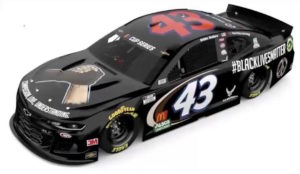