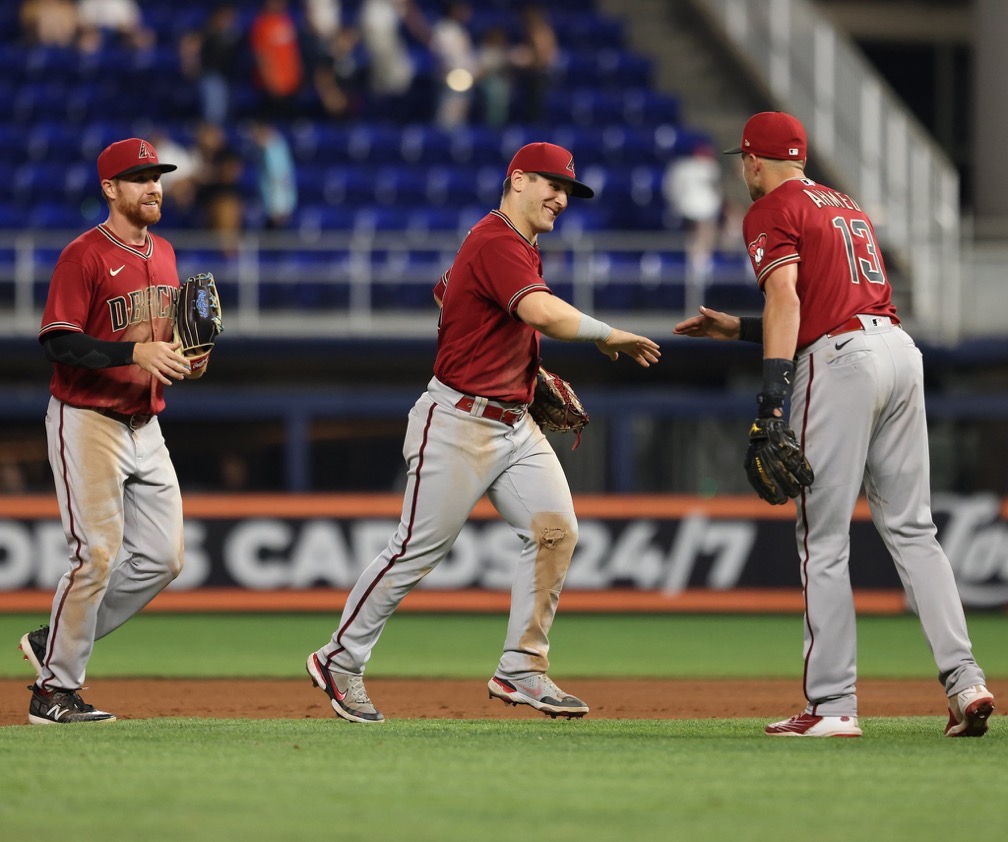 Miami, FL – The Miami Marlins are off to a fairly good start to the 2022 season. The team finished the month of April with a 12-9 record thanks to their amazing starting pitching. Miami’s second starter in the rotation, Pablo Lopez, had a dominant month of April on the mound. Not only was he the leader of the rotation, but led all of baseball with the lowest earned run average and a 3-0 record. His performance in April earned him National League Pitcher of the Month honors.

After being named the National League Pitcher of the Month, Pablo’s first start in May was against the Arizona Diamondbacks for game one of a three-game series. Lopez was ready to continue his success into May, but the Diamondbacks had other plans. Arizona responded with their ace Zac Gallen.

Zac Gallen was a member of the Marlins for a brief period of time. He made his MLB debut with the club in 2019 and was traded to the Arizona Diamondbacks after just seven starts. The trade has turned out well for Miami since they received Jazz Chisholm Jr. in return for Gallen. Gallen was originally drafted by the St. Louis Cardinals in 2016 and was packaged in the Marcell Ozuna trade during the 2017 offseason.

Gallen showed signs of success during his time with Arizona, but injuries have gotten in the way of completing a full season. Against his former team, Gallen had another great outing and he earned his first win of the season. Gallen’s fastball was consistently hitting in the mid-to-upper ’90s. He has definitely improved and matured as a pitcher since his fastball velocity was a few ticks slower while he played for Miami.

Gallen was carving up Miami’s lineup in the first six innings of the game. He only gave up two hits during that time and the Marlins were having a hard time working his pitch count up. The seventh inning showed better results against Gallen for Miami.

Miami was able to load the bases on three hit batters. After the second batter was hit, Gallen was pulled from the game. Noe Ramirez came out of the D-Backs bullpen and got the second out of the inning. Jacob Stallings was then hit with a pitch which led to the bases being loaded.

The lineup switched over and Jazz was up to bat against Ramirez. After fouling off a couple of tough pitches, Chisholm Jr. lined a double over the right fielder to bring in Miami’s first two runs of the game. Both runs were charged to Gallen.

A Brutal Welcome to May for Pablo

Lopez had a shaky start to his outing compared to his counterpart. From the beginning, Lopez was in trouble. He gave up a leadoff double and then with one out in the top of the first, David Peralta took Lopez deep for a two-run home run. Pablo rattled off three straight scoreless innings but then encountered some more trouble in the fifth.

After getting the first two batters of the inning out, Pablo walked the Daulton Varsho. Lopez made a throwing error to first on a pickoff play and that allowed Varsho to advance to third base. Jordan Luplow blooped a single to right field off the end of the bat and brought in Varsho.

After Varsho stole second, David Peralta pulled through for his team again. Peralta had a jam shot that landed in no-man’s land and Varsho scored. Arizona scored two runs on two weak contact hits and one walk. Pablo looked sharper as the game progressed but was on the unfortunate end of making good pitches but not seeing the results.

Manager Don Mattingly saw enough and pulled Lopez from the game with his pitch count close to 100. Louis Head came in, got the final out of the inning, and stopped Arizona’s rally. Lopez’s night was over and from that point on Miami’s bullpen took over.

Pablo finished with seven strikeouts and two walks. It was not a horrific start but based on his performance recently, that’s his worst start of the season.

Chisholm Jr. is the prototypical modern-day leadoff man. He has speed, and power and can be a one-man rally. He showed off his power with a two-run double and showed off his speed in Miami’s seventh-inning comeback. Jazz was on second base when Jesus Aguilar came up to bat. Aguilar hit a hard grounder in the hole at shortstop and legged out the infield single.

NOW THAT WAS ELECTRIC.

Aguilar with an infield single and Jazz scores all the way from second. One-run game! pic.twitter.com/jlSKieCWyO

While Nick Ahmed was making the throw to first, Jazz was already rounding third and heading home. Jazz was safe at the plate with a head-first slide. He brought the fans at loanDepot Park to their feet with his energy. The Marlins’ seventh-inning rally would end there and their offense fell flat again in the final two frames of the ballgame.

Jazz Chisholm Jr. talks about how he scored from second base on an infield single by Jesus Aguilar. His aggressiveness helped cut the Arizona lead to just one run. @Marlins @LemonCityLive #MakeItMiami #LetsGoFish pic.twitter.com/N2yEFZ2uBe

After Head pitched an inning and a third, Richard Bleier came in for the sixth. He was the only Marlins reliever to give up a run after giving up three consecutive hits but was able to limit the damage. Miami used five relievers today and that might affect how Mattingly uses the bullpen for the remaining two games of the series.

Miami has now lost back-to-back games after their seven-game winning streak. They are now 12-10 on the season and will have Trevor Rogers on the mound tomorrow to help get back in the win column.